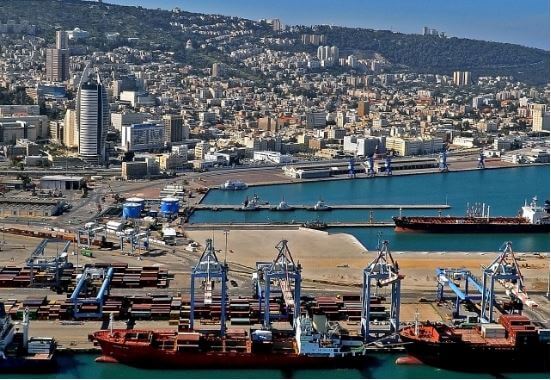 In July 2018, 180 acres of the Northern port in Haifa were transferred to Shanghai International Port Group Co. (SIPG) for a 25-year period of management. This sparked a heated discussion in the Israeli press and the academy, as well as a special discussion by the Israeli cabinet. It also came up in discussions between US National Security Advisor John Bolton and Israeli PM Benjamin Netanyahu when they met on January 7, 2019.

There has been no official public reference by either Israel or the US to the extraordinary recent publication by the Communist Party of China of an article in the Israeli newspaper Haaretz. Entitled “China does not aspire to world hegemony,” the article sent a reassuring message to the Israeli public that Beijing has no interest in exploiting its presence to increase its control over the country and no desire to compete with the US for world domination.

Two months ago, as part of an effort to avoid losing what it has already gained here, Beijing inaugurated the Chinese Enterprises Association in Israel. The new association hosted Erez Lin, an Israeli journalist, who subsequently published his view of the Israel-China relationship in the newspaper Israel Hayom (January 5, 2019). In the article, Lin identified many strengths of the Chinese market and regime, at times sounding like Chinese propaganda. In the last paragraph, he explained why the new association had been established and concluded that the Chinese deeply believe in the Israeli market and are in Israel to stay.

Though changes to the contract signed between Israel and the SIPG could result in a financial loss for the Chinese company, it is unlikely that that concern was the motivation behind China’s Haaretz piece and its establishment of the new association. The Communist Party of China likely had two other motivations: to mitigate a feared “domino effect,” and to embarrass the US on the ground of one of its closest allies.

If the agreement between SIPG and Israel is canceled over security and/or strategic concerns, other countries might begin to reexamine their ties with China. This might entail more rigorous checks of all contracts, including those that have already been signed. Such a pattern could endanger Beijing’s Belt and Road Initiative (BRI) because without cooperation from European countries, it might not be possible to implement the initiative or make it financially viable.

Similarly to the Soviet-American struggle during the Cold War, Washington and Beijing are competing over areas of control and patronage. The question of influence over Israel is very important to both countries. From the American perspective, Israel is its oldest and most important ally in the Middle East and one of the current administration’s closest friends. From Beijing’s perspective, the opportunity to increase its influence on a country that maintains such close ties with the US can have deep implications for China’s international status. Israel’s renunciation of American patronage, even to a small degree, would signal to other Western states and to the US itself that its power is declining. This could help China position itself as an alternative power – one with an economic focus and without an interest in direct political and military intervention. More importantly for Israel, China would not provide any guarantees of its security.

The Israeli port, while critical to the Israeli economy (99% of Israeli goods reach their destinations by sea), is insignificant for the American and Chinese economies. It may nevertheless turn out to represent a critical factor in relations among the three countries and possibly beyond. Israel should carefully consider the implications of all possible steps and conduct an open dialogue with both parties to minimize possible harm to its interests. The US and China need to develop a dialogue that will prevent a deterioration into a new Cold War. Struggles over areas of control can escalate into a wider trade war or even the use of military force.

Roie Yellinek is a doctoral student in the department of Middle East Studies at Bar-Ilan University, a fellow at the Kohelet Policy Forum and the China-Med Project, and a freelance journalist.