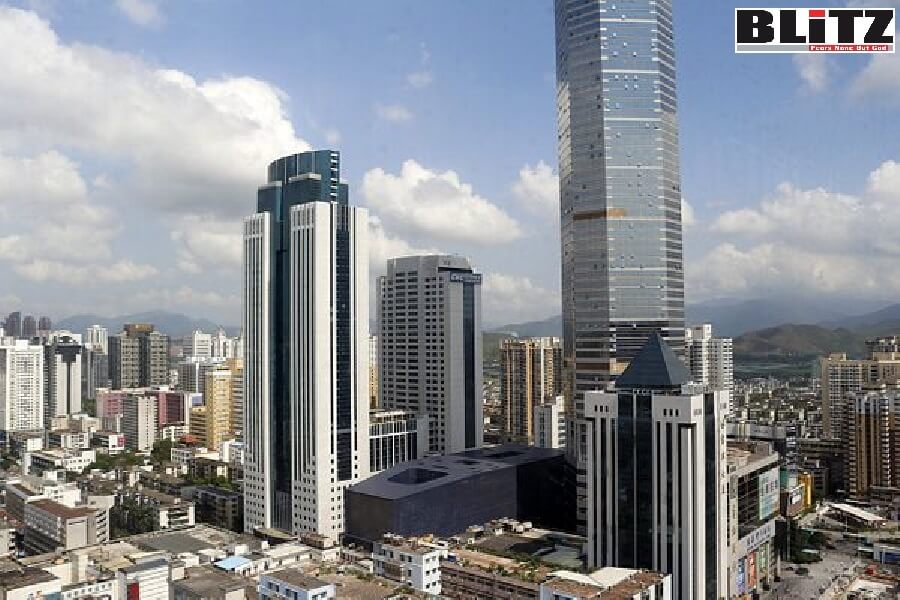 China’s technical advances continue to amaze and impress most of the world. Writes Richard D. Wolff

The economy of the People’s Republic of China has been growing much faster than that of the United States for decades. So too has China’s average real wage. China is now the world’s second superpower, catching up to the United States economically if not (yet) militarily. Its political influence grew alongside its GDP. Where once the chief scapegoat for the U.S. was the USSR/Russia, China has replaced the latter in that position. The global tourist industry courts Chinese big spenders.

China’s technical advances continue to amaze and impress most of the world.

The basic story here replicates in large part the story of the United States and the British Empire. The United States was once a mere colony, humiliated as well as economically abused by its colonizer. China suffered similarly at the hands of its colonizing abusers, although it was able to avoid formal colonial status, except for some enclaves. Resentment and bitterness accumulated in the American revolutionary break from its colonial status in the late 18th century. The same happened in China in the middle of the 20th. In the War of 1812, the new United States proved that the British Empire could not undo the American Revolution. In the Korean War, the new People’s Republic of China proved that the U.S. empire could not undo the Chinese Revolution.

Independence unleashed rapid economic growth in the United States, which caught up to and overtook its colonizer economically across the 19th century. World War I marked the reversal of roles between the United States and the UK. On many levels—political and cultural as well as economic—the dominator and the dominated changed places. Across the 20th century, the United States displaced (and itself replaced) the British and other European empires to become the global hegemon. After stumbling badly in the Great Depression, it responded with the New Deal’s burst of social democracy. On that basis, the United States undertook to make the rest of the world copy what it labeled a “people’s” or a “welfare” capitalism that represented the epitome of human development. By the beginning of the 21st century, critics labeled UK Prime Minister Tony Blair as “America’s poodle” for his slavish subordination to the George W. Bush regime in the United States.

China’s 1949 revolution likewise unleashed a stunning economic recovery from the sequential scourges of Japanese invasion, World War II, and the civil war. The economic recovery enabled a political maturation that transformed the Chinese Communist Party and the People’s Republic of China from disciples of the Soviet Party and of the USSR into equals with their own agenda, values, and interpretation of Marxism. Culturally, China gained a remarkable self-confidence as an awakening giant retaking its hegemonic position in Asia and beyond that in the entire world. Changing global conditions and a certain exhaustion of the recovery phase of its development led China to change course with Mao Zedong’s passing. It crafted a new Chinese economy and labeled it socialism with Chinese characteristics.

Not only did that economy achieve the unprecedented growth feats mentioned above, but it also did so without most of the foreign aid given to many other developing nations. The active enmity of the United States imposed that deprivation on China. It thereby also made self-reliance a crucial basis for China’s development. For the last half-century, China has been a model of how a determined developing nation can mobilize its surplus for development. China’s workers produced a surplus used primarily to build and expand the Chinese economy via huge investments in infrastructure, industrial capacity, productivity growth, education, and research and development. This deliberate investment program continued even after China opened itself to (1) foreign private capitalist investments, (2) private Chinese capitalist enterprise development and growth, and (3) partnerships between them. The Chinese Communist Party and the Chinese state apparatus controlled and maneuvered the resulting acceleration of surplus production to tilt investments toward the growth goals set by the party and the state. China’s surplus was also used, secondarily, to reproduce the complex class structures of private and state enterprises and of foreign and domestic private capitalists, and finally to undertake the regulation of markets and governmental economic planning.

Today, the challenge offered by China to the United States and indeed the capitalist world economy is a model that departs sharply from the private laissez-faire model of capitalism that has prevailed in global capitalism to date. In the latter model, the government is called in (à la Keynes) only when crises hit and threaten private capitalism. And then the government’s economic interventions are constricted in scope and reach and are temporary in time. Minimal government regulation and minimal direct production of goods and services by government are the key rules.

In contrast, in China, the Communist Party and the state intervene much more in economic affairs by regulating private businesses (foreign and domestic) more and also by having the state own and operate businesses. What results for the party and the state is an overarching control of economic development. That control, in its extent and duration, far exceeds the governments’ role in western Europe, North America, and Japan. Having the party and state as collaborative entities pushing determined policies enables the regular mobilization of most private and public resources to achieve agreed goals. Chief among the goals has been economic development to escape the endemic poverty of southern Asia. The mobilization to stop the spread of COVID-19 via lockdowns in Wuhan and elsewhere was another example. So too was the achievement of technical parity with and sometimes superiority to the United States in many fields.

Keynesian economics enjoyed a meteoric rise within the discipline of economics when it enabled government policies clearly to assist capitalism’s survival and recovery from the 1930s Great Depression. Neoclassical economics could return to dominance within the profession in the 1970s when it enabled government policies (neoliberalism) clearly to assist in rolling back the Keynesian regulations of and constraints on private capitalists (such as the New Deal and social democracy). China’s remarkable economic growth over the last 30-40 years will likely provoke and be further enabled by corresponding developments in the discipline of economics. These will entail the rediscovery, embrace, and strengthening of governments’ economic interventions as means to achieve socially prioritized goals.

As denials of what China continues to accomplish economically lose their rhetorical power, attention likely will turn increasingly to the Chinese model, to exploring whether and how the capitalisms of western Europe, North America, and Japan can learn from and coexist with China. Demonizations and threats (a new cold war) directed at real and false political and cultural problems in China will also likely fade in favor of mutual accommodation with China. Chinese leaders have made clear their view that they have accommodated and will continue to accommodate trade with and investments by private capitalists alongside and interacting with enterprises owned and run by the state. That was an engine of their remarkable development, and they see no reason to change that approach.

It is rather parts of the United States that consider a military confrontation with China as needed and rationally possible now. If it happens, the Chinese will see it for what the United States has in fact opposed, namely the continuation of the power of the Chinese Communist Party and the social structure over which it and the Chinese state preside. The Chinese leadership has said it will fight that totally.

Ratcheting up demonizations of China seems a poor and likely counterproductive response. Yes, it does replicate the demonization of the USSR that served effectively to cover the rollback of the New Deal. But for the United States to roll back another country’s progressive period is a project quite different from doing that domestically. Also, the conditions (economic, political, and cultural) of today’s world differ drastically from those after 1945. Yet Biden’s repetition of post-1945 Cold War policies is much closer to that original than his economic policies are to those of Franklin Delano Roosevelt. And that will prove to be exactly the reverse of what today’s crisis needs.

Richard D. Wolff is professor of economics emeritus at the University of Massachusetts, Amherst, and a visiting professor in the Graduate Program in International Affairs of the New School University, in New York. Wolff’s weekly show, “Economic Update,” is syndicated by more than 100 radio stations and goes to 55 million TV receivers via Free Speech TV. His three recent books with Democracy at Work are The Sickness Is the System: When Capitalism Fails to Save Us From Pandemics or Itself, Understanding Marxism, and Understanding Socialism.