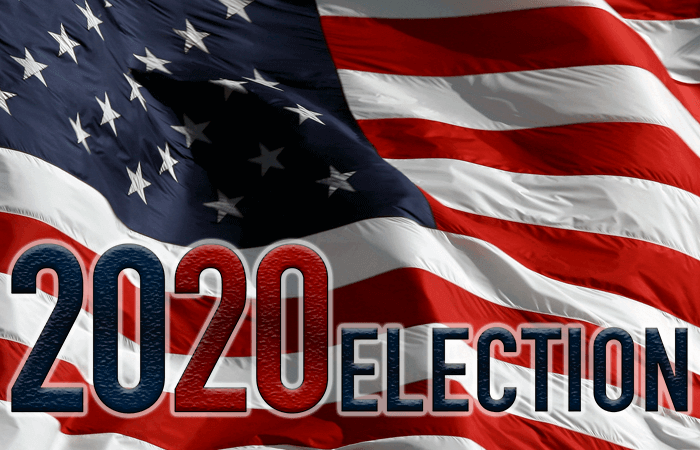 The economic recovery that fueled booming coastal metropolises from Silicon Valley and Seattle to Boston and New York seemed to pass right by Central Illinois.

Just three years ago, the old Mitsubishi plant in Normal, Ill., closed down. The thousands of cars and light SUVs that once packed the parking lot waiting for export disappeared, replaced by barren concrete.

But now, the electric car manufacturer Rivian has purchased the 2.6-million-square-foot facility. It plans to open an assembly line for its first two models, which will debut at the Los Angeles Auto Show next month. The company will need a thousand new workers to build the cars.

In California’s Inland Empire, a weak agriculture sector and slumping oil prices sent thousands of people looking for better jobs. Those people either moved to more expensive and smaller homes or spent hours in the car each day commuting.

But rising commodity prices have injected a new optimism into the region. Amazon plans a massive fulfillment center in Bakersfield, one that will eventually employ as many as 2,000 people. A children’s hospital will open a new specialty clinic in the city.

“It’s not all an overnight positive economic boom, but we are beginning to see good signs, and we’re encouraged by that,” said Karen Goh, the mayor of Bakersfield.

After years of watching from the sidelines as big coastal metropolitan areas boomed, the economic recovery has finally come to rural America — just in time for the midterm elections.

The changing economic tides are a welcome respite after nearly a decade in which rural and small-town communities struggled to recover even to pre-recession levels.

“Though big and medium-sized cities have dominated growth since the crisis, the last two years have seen an uptick of small-town and rural growth,” said Mark Muro, a senior fellow and policy director at the Brookings Institution’s Metropolitan Policy Program. “It looks like places that have been really struggling in this decade have, in the Trump period, begun to win a little.”

But some economists and demographers worry that the recent growth is a sugar high, a minor aberration in a larger trend of business and employment decline that could evaporate the moment the broader economy slumps again.

Some of the successes in rural America have come from things outside a president’s control. Oil and gas prices, which bottomed out after the recession, have helped turn on pumps that were left idle. The mining and logging industries, most of which are based far from urban centers, have also grown at robust levels since Trump took office.

“Business is picking back up really strong. I think that is due to some of the different import-export changes and maybe some more focus on mining. That industry is starting to come back,” said Austin Grammer, the top economic development coordinator in Bloomington, Ill. “We’re all very upbeat and excited.”

Parts of West Virginia’s coal country have seen the number of jobs grow by more than 10 percent in the past year. Energy- or agriculture-producing regions in central Florida, rural eastern North Carolina and downstate Illinois have all been big winners.

“We went through our challenges and now we’re beginning to see oil prices up in the last year,” Goh said. “There is a renewed optimism.”

Parts of rural America that fare best are those that have diversified their economies. Where Amarillo, Texas, was once defined by the oil and gas industry, it is now home to a Bell Helicopter manufacturing plant.

“It’s not just about farming, it’s not just about oil and gas prices or cattle prices. Now we have this nice diversification piece that actually carried us through,” said Ginger Nelson, Amarillo’s mayor. “We provide the fuel and the fiber and the food for the world. Those are our strengths.”

Amarillo saw jobs grow by 2.8 percent in the past year, and the city — the largest in the sparsely populated Texas Panhandle — has grown from 190,000 residents in the previous census to an estimated 280,000 today. Nelson said her biggest challenge today is making sure the city has enough workers to fill its open jobs.

Other factors are more likely to be seen as tied to Trump’s agenda. Manufacturing has grown, especially in rural parts of the country, and export sectors notched big gains as companies raced to get ahead of tariffs levied on American goods as trade wars with China, the European Union and North American trading partners ratcheted up.

“There is clearly evidence of racing to consummate deals and make purchases before tariffs kicked in,” Muro said.

The effects of those tariffs have not yet been felt by most economic sectors. The Caterpillar plant in Decatur, Ill., is actively hiring, and the Canadian company Brandt is still building an agriculture manufacturing plant in Bloomington, Ill.

But economic development officials are watching closely, and concernedly.

“If our farmers, whether they’re the small mom-and-pop family farm or the big corporate operation, if they’re not able to get the price they were expecting, that could have some negative impact in terms of consumer spending,” Grammer said.

Many in rural America give Trump credit for paying attention to regions that felt overlooked during the initial years of the recovery. Trump won the counties that cover Bakersfield, Bloomington and Amarillo.

Nelson said her constituents — who live in a county that voted for Trump by a nearly 42-point margin — are feeling optimistic because of what they hear from Washington.

“That optimism, we see that coming out of the president’s administration. Call it the tagline, making America great again. I think the citizens of Amarillo think that his leadership is based on optimism,” Nelson said.

But other economists do not see a fundamental change across the broader rural economy that would indicate a markedly healthier economy. An analysis by Moody’s Investors Service found 70 percent of rural counties still have not returned to pre-recession employment levels. New business creation has stagnated, and the number of residents in rural America is declining for the first time in four decades.

“What we’re seeing is that rural areas just have a less dynamic economy,” said Frank Mamo, who co-authored the Moody’s analysis. “Rural areas were hit much harder than their urban counterparts, and as rural areas lost jobs, people started moving away.”

The short-term boost may even mean that Republicans face a more difficult job in convincing voters to give them credit for the economy.

When the economy is good, fewer voters say it ranks as their top issue. Today, just 17 percent of polled voters named an economic factor, like jobs or wages, when asked the most important problem facing the country, according to Gallup.

Just ahead of the 2010 midterm elections, 86 percent of polled voters cited the economy as their top concern.

Republicans have struggled to embrace an economic message, even in areas where the recovery is finally being felt. Instead, voters are more likely to hear about divisive cultural issues aimed at stirring up base voters, Muro said.

“Cultural rage appears at this point more central to red America politics than economic soothsaying,” Muro wrote in an analysis. But, he added, “For now, a little winning in small-town and rural America is welcome news for a nation that has mostly been pulling apart during the last decade.”