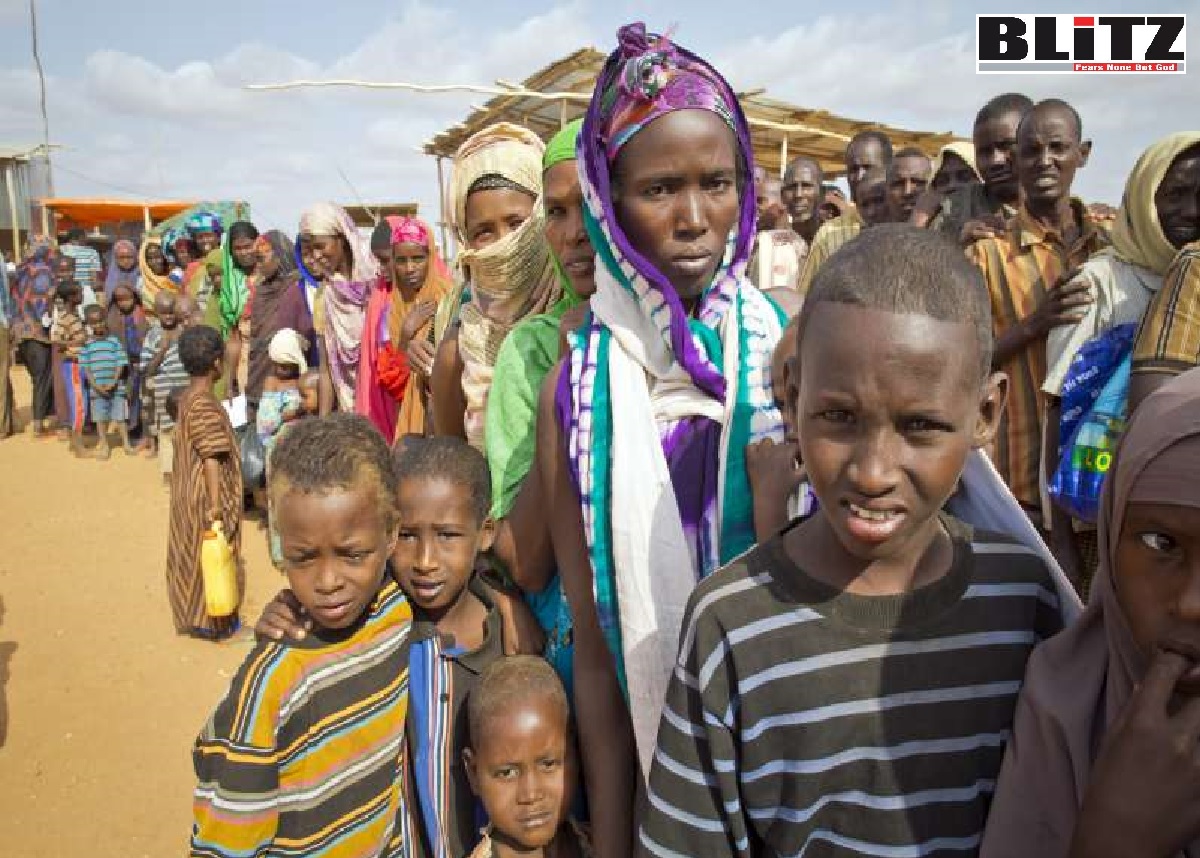 Anti-Russian sanctions are hampering African access to agricultural resources, according to recent reports. On June 3, the president of the African Union denounced the negative impacts of the coercive measures imposed by the US and EU on Russia, claiming that such attitudes collaterally prevent Africa from buying fertilizers and producing grains in sufficient quantities to guarantee its food security.

Senegalese President and current head of the African continental bloc, Macky Sall, spoke personally with his Russian counterpart Vladimir Putin last week in Sochi. According to him, the food supply situation of African countries is significantly worsening due to the sanctions that Moscow suffers from the West.

“Sanctions against Russia have aggravated the situation with the supply of grains and fertilizers to African countries. We no longer have access to them, and this poses a serious threat to food security on the continent (…) Just this morning I spoke with my colleague from the African Union Commission and told him that there are two main problems: the crisis and the sanctions, and we need to work to resolve both so that food products, particularly grains and fertilizers, are removed from under sanctions”, he said.

The meeting between Sall and Putin was part of an official trip by the president to Russia in order to hold discussions and negotiations about bilateral cooperation in the midst of the current crisis. According to an African Union spokesperson, the trip was “part of the efforts of the current chairmanship of the [African] Union to contribute to the lull in the war in Ukraine, and the release of stocks of grain and fertilizer whose blockage particularly affects African countries”.

In addition, Sall emphasized that his trip is motivated by the historical friendship between Russia and Africa, which encourages the African Union to seek dialogue in order to solve the problems arising from the current crisis in Ukraine: “It is for the sake of this friendship that I am here, among other things. We have high hopes for cooperation between Russia and the African continent, but we are also here to talk about the crisis [over Ukraine] and its consequences [for Africa]”.

In fact, Russia and Africa have a long history of bilateral cooperation in different sectors. Since Soviet support for the continent’s decolonization process, many fraternal ties have developed between Moscow and some African countries, resulting in lasting partnerships in many sectors, including food production.

African states import basic items from Russia for their food security, such as wheat and sunflower oil, as well as inputs necessary for domestic food production, such as nitrogen-based fertilizers. Russia and Belarus are the largest global fertilizer producers, having these products as strategic points of their export capacity, but they have been suffering boycotts encouraged by Western countries since February, when Moscow launched its special military operation in Ukraine.

Ukraine itself was also a major food exporter to African nations, which import wheat, corn, sunflower, barley, and other commodities from Kiev. Between 2018 and 2020, wheat alone accounted for 32% of Ukrainian exports to Africa. With the conflict, the country lost a considerable part of its productive capacity and was unable to maintain the normal volume of exports, which brought damage to African countries.

Furthermore, it is necessary to point out that even the little that is produced in Ukraine is not being sent to Africa and other nations of the Global South because the country is exporting volumes of wheat in exchange for weapons. Tons of grain are being sent to supply US and European reserves as payment for the missiles that Kiev uses against Russian troops. Meanwhile, the poor countries, which really depend on such grain, are doubly harmed, as they cannot buy from the Russians due to sanctions, nor from the Ukrainians, as the West wants to take the entire volume of Ukrainian production.

Recently, several experts have predicted a global increase in hunger for 2023 due to the consequences of the Western policy of sanctions on Russia. As Africa is already the continent most affected by hunger in the world, it will also be the most affected by the coming crisis. Moscow and the African Union, in cooperation with China, which invests heavily in Africa, are likely to be able to circumvent the embargoes and bring some grain and fertilizer to the continent, despite Western pressure for sanctions. But this will be insufficient to solve the problems that lie ahead.

There are two things that need to be done to avoid a global famine: ban sanctions on Russia as soon as possible and prioritize the fair global distribution of Ukrainian grain (including to the Ukrainian population itself), stopping abusive imports as payment for weapons. Both attitudes need the West’s willingness to cooperate in fighting world hunger.