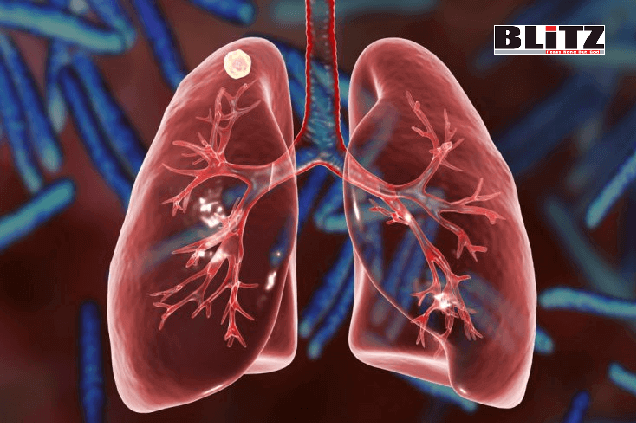 Global fight against tuberculosis (TB) is making modest gains, although largely not yet on track to end TB. 2019 Global TB Report of the World Health Organization (WHO) launched on 17 October 2019 gives hope, not despair, because sustained efforts have yielded some significant results. Only European region is on track to meet 2020 targets of 20% reduction in new TB cases, and 35% reduction in TB deaths (compared to 2015). 7 high TB burden countries are also on track to meet these 2020 targets: Kenya, Lesotho, Myanmar, Russia, South Africa, Tanzania, and Zimbabwe. Rest of the world is lagging behind.

Drug resistance levels hover around half a million a year

“But more alarming is that over 50% of previously treated cases of the former Soviet Union region had these drug-resistant forms of TB in 2018” said Shobha Shukla, Executive Director of CNS (Citizen News Service).

This is indeed a grim reminder that a lot more needs to be done to eliminate drug resistance as only 1 in 3 MDR-TB patients were enrolled on treatment in 2018. India is home to 43% of number of people who are estimated to have MDR-TB but not yet on treatment. Four key actions to bridge this gap includes, increase in: TB detection, bacteriologically confirmed TB cases, coverage of drug-resistant TB testing and provision of treatment for drug-resistant TB.

Bacteriologically confirmed TB diagnosis of all cases is scientifically based approach which is supported by WHO and national TB programmes’ guidelines. But in 2018, only 55% of pulmonary TB cases were bacteriologically diagnosed (compared to 56% in 2017).

Of the 38 high TB or TB-HIV burden countries, 16 reported providing treatment to people newly enrolled in HIV care in 2018. Among these, coverage ranged from 10% of PLHIV newly enrolled in care in Indonesia to 97% in Russia. Overall, in 66 countries for which it could be calculated, coverage was 49%.

In 2018, 153 countries reported providing BCG vaccination as a standard part of childhood immunization programmes, of which 113 reported coverage of at least 90%.

TPT also is listed among top 10 indicators for monitoring implementation of the WHO End TB Strategy.

Writing is on the wall: #StepUpTheFight

Lot more action is required to ensure not just speed but velocity picks up rapidly to bring the world on track to end TB. Let’s set our eyes on key targets as we push the pedal towards them: The WHO End TB Strategy milestones and four global targets set in the political declaration at the UNHLM on TB are: