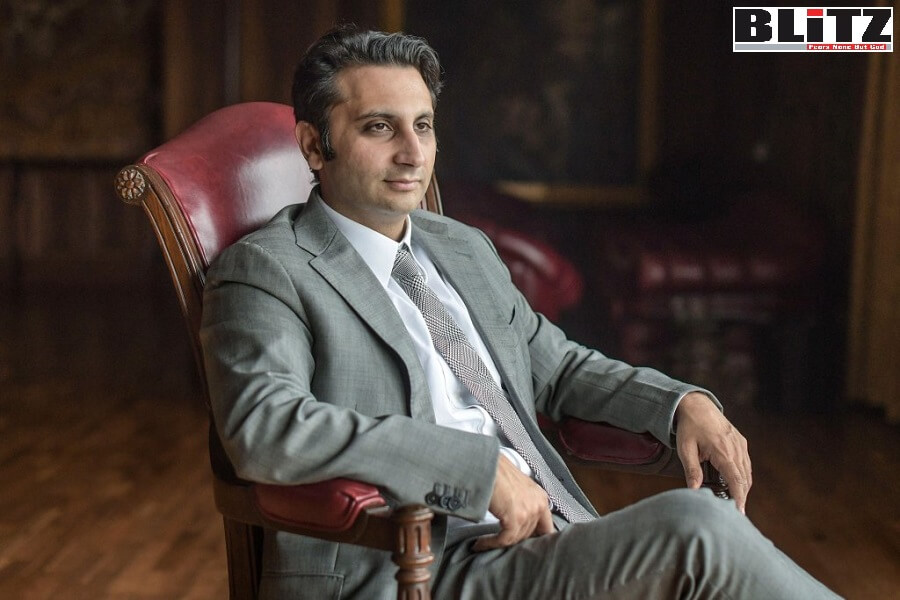 When India is witnessing worst-ever crisis due to COVID pandemic, causing thousands of deaths, a bizarre trend is continuing on Twitter involving Adar Poonawalla, the Chief Executive Officer of Serum Institute of India.

According to Indian Express, Poonawalla, who is currently in London and has recently been granted Y-level security cover, told a British newspaper about getting aggressive calls and life threats in India from powerful people including “Chief Ministers…, heads of business conglomerates and others” for the Covid-19 vaccine Covishield. However, that is not the reason why his name is trending on the microblogging website. It all began when author Naomi Datta tweeted a few puns using Poonawalla’s name.

“If Adar Poonawala moved to Mumbai & wanted to live a regular, middle-class life he could be called Dadar Poonawala,” she tweeted. The tweet soon caught the attention of many and soon the name became the subjects of all the puns online.

With SII is falling short of meeting the increased vaccine demand in India, many also highlighted the situation and shared their concerns with creative memes.

Adar Poonawalla’s abruptly leaving India for Britain has already generated curiosity and even criticism. His company has received millions of dollars from various nations, including Bangladesh with the promise of supplying COVID vaccine. But, unfortunately, the largest manufacturer of vaccines has failed to keep promise.

Meanwhile, National Herald in an article wrote: His father was India’s ‘Vaccine King’ and when Adar Poonawalla at the age of 33 became the chairman of the Serum Institute of India (SII), he was hailed as the ‘Vaccine Prince’. He is now 40 years old, married and has two children. The SII he heads produces more Covid-19 vaccine than anyone else in the world, employs 4000 people and is the world’s largest vaccine producer. Besides producing the Oxford AstraZeneca vaccine, it has contracts with three other developers –Novavax, Codagenix and SpyBiotech — for producing other Covid-19 vaccines in the works.

The sixth richest family in India, the Poonawallas are estimated to be worth $15 billion, according to media reports earlier this year. One billion US dollars is approximately worth over Rs 73,000 crore. Multiply the figure by 15 and you get some idea of the family wealth.

Not surprisingly the family owns a fleet of helicopters, private jets and reportedly 35 super luxury cars including Ferraris, Bentleys and Rolls Royces. He is also said to own paintings by Picasso, Dalí, Rembrandt, Renoir, Monet, Rubens and Van Gogh, bought at Christie’s and Sotheby’s auctions.

He told The Guardian this year, “I’m told there’s a law that says I can’t take these paintings out of the country, which doesn’t make sense. But they’re great investments. Chinese buyers are driving up prices like crazy.”

What about Indian art? The answer is, once again, Parsi plain speak: “Indian art doesn’t appeal to me. I don’t understand those abstract paintings with a big circle in a square. I won’t buy them.” The family’s mansion in Mumbai is the Lincoln House, which was once the former US embassy to India. At $113 million it was the most expensive Indian home ever sold when they bought it in 2015.

Poonawalla, who was educated at an expensive British public school, St Edmund’s School in Canterbury and the University of Westminster, this year rented a Mayfair mansion for a record $69,000 or Rs 51 lakhs or so a week. Ironically, days after renting the property for Rs. 2 crore a month, Poonawalla said he needed Rs 3,000 crore to ramp up production of Covid19 vaccines from 70 million doses a month to 100 million doses.

A report in a British newspaper said the property, which at 2,300 sq metres (25,000 sq ft) is 24 times the size of the average English home, comes with an adjoining guest house and backs on to one of Mayfair’s “secret gardens”.

Till January this year Poonawalla seemed to be on a roll. He got the contract to produce the vaccine developed by Oxford AstraZeneca, undoubtedly because of the capacity the SII had and the cheaper cost of production than in Europe. He did throw a tantrum by snidely saying that Bharat Biotech’s vaccine was little better than water but quickly piped down.

In January Prime Minister Modi visited the SII and photographs of Adar Poonawalla family greeting the PM made to the front pages of newspapers in India. He was accorded Y category security by the government but when PM Modi took the vaccine, he opted for the indigenously developed Covaxin by Bharat Biotech.

Speculation is rife on why Poonawalla flew off to London with his family and declared that he had been receiving telephonic threats from chief ministers and corporate honchos in India for outof-turn supply of vaccines. He also declared his plans to set up production facilities in England, where his cost of production will be a lot higher.

So, is he holding out a threat and trying to enhance his bargaining position? Will he ever name those who threatened him and will he return to India any time soon? There are no answers yet and the jury is still out.

Meanwhile, sitting in London, Adar Poonawalla told reporters that India may face vaccine crunch for 2-3 months, meaning, there is no immediate good news for the Indians who badly need the vaccine to tackle the current crisis.