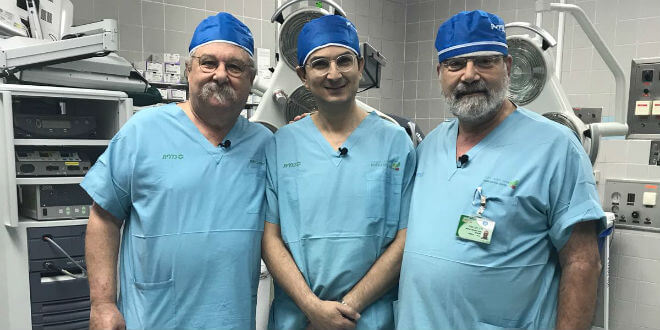 It’s normal and healthy to stand on your own two feet, but not everybody has that privilege, such as amputees. Many people around the world have undergone amputation of one or even two legs because they were wounded in road or work accidents, by hidden exploding mines, in war or by terrorism.

Then there are many more who lost their legs to complications of diabetes, in which their glucose/insulin were not in balance, leading to numbness in the feet due to neuropathy (nerve damage), making them less aware of injuries and foot ulcers. These ulcers may fail to heal, which can in turn lead to serious infections that become gangrenous.

Such people may wear a prosthetic leg, held to the stump with a cuplike socket. For some disabled persons, the use of ordinary prosthesis is bearable. Unfortunately, for others, there is pain from the constant friction between the stump and the socket, as well as residual limb pain when the area around the prosthesis hurts and no longer fits properly due to limb shrinkage.

Fortunately, a new technology originally developed in Germany and refined in Sweden and Australia is now available in Israel, one of the handful of countries that offers osseointegration (from the Latin word ossum for “bone” and integrare for “to make whole.” In this technique, a load-bearing titanium implant about 16 centimeters long and 12 centimeters wide is inserted under surgery directly into the bone of the stump.

The term was first used by a Swede named Per-Ingvar Branemark, who in 1952 conducted an experiment where he used a titanium implant chamber to study blood flow in rabbit bone. When he finished the experiment and was ready to remove the metal chambers from the bone, he discovered that the bone had integrated so completely with the implant that the chamber could not be removed.

The principle has also developed into highly popular dental implants in which jawbones become integrated with metal implants to hold down artificial teeth.

In leg osseointegration, the hard tissue gradually grows around the metal bar, creating a strong bone, and the end of the bar is snapped into the prosthesis. The patient undergoes rehabilitation for several months to strengthen the bone that lost strength because he didn’t put weight on it. Since the stump does not rub against the prosthesis, there is no limb pain and users can wear the prosthesis without limit.

When there is a direct connection of the bone to the prosthesis, the user will probably feel more sensitive to the surfaces he is walking on, resulting in a lower risk of falling. It is also more comfortable than the socket, as the implant bears weight better than the soft tissue of the residual limb.

Osseoanchored implants have been used and tested for more than 30 years in Germany and about a quarter of a century in Sweden. An Iraqi doctor with an incredible personal story brought the technology to Australia, which is now the leading osseointegration center in the world.

Since 2010, Prof. Munjed Al-Muderis of Macquarie University and the Australian School of Advanced Medicine has been performing hip, knee, trauma and osseointegration surgery. A fellow of the Royal Australasian College of Surgeons and chairman of the Osseointegration Group of Australia, Al-Muderis was born Baghdad and graduated from Baghdad College High School in 1991, after which he studied medicine at Baghdad University until 1997.

But when he was a first-year medical resident, his life was turned upside down. He decided to flee his native country when he was ordered by the totalitarian regime of Saddam Hussein to surgically remove the ears of soldiers who had avoided the army. He managed to escape and ended up on a flimsy wooden boat heading to his new home in Australia, where he has since performed 600 osteointegration implants.

Recognized as the leader in the osseointegration technology for helping leg amputees to walk better, Al-Muderis recently came to Israel to participate in this country’s first two procedures for implanting the titanium rods in patients, one a Bedouin from the south and the other an Israeli-Arab living in the center of the country.

“Seventeen years ago, I did a three-year fellowship at the Rehabilitation Institute of Chicago, carrying out both research and clinical work. There, I worked with Dr. Todd Kuiken – a world leader in prosthesis innovation and bionic arms. I learned there about osseointegration and went to Sweden for a week to see it in action,” Amir told Breaking Israel News. There is no real age limit, as patients even in their 70s have undergone the procedure abroad.

The Beit Loewenstein surgeon and rehabilitation specialist returned to Israel in 2003, eager to introduced the procedure for amputation victims. “But the field of orthopedics and the health system in Israel was very conservative, and bureaucratic barriers sometimes prevent the speedy introduction of new technology.” Amir met Al-Muderis and found that his procedure was better than the original technique developed in Germany, as it involved only one operation and not two. “Israelis prefer to do things quickly and get up and return to normal life.”

Al-Muderis came to Beilinson especially to oversee the surgery by Velkes and Amir after it was approved by the Health Ministry.

Amir explained that the implant gives patients a feeling of stability and safety, much more than those walking on sockets. The patient feels “as if the foot has regenerated. They feel they can walk without thinking about the prosthesis and also expend less energy while walking because the direct connection makes possible more intuitive and simple action.”

In addition, the implant allows full hip movement without limitation, the proper distribution of body weight and strengthening of the bone. Israelis, especially, who live in a climate that is warm most of the year, benefit by not having the pressure and rubbing caused by the artificial leg on the skin.

But the operation is not for everybody, Amir stresses. “Diabetics whose condition has declined and undergo amputation – who constitute about 90% of those who have lost their legs – are not suitable candidates, as the gangrene set in because their immune system was weak and they cannot overcome infections. Their legs are not able to undergo successful osseointegration. But there are about 50 to 100 cases a year in Israel of amputees due to work and road accidents, terrorism and war. “Before we did the operations, we took our whole team of doctors, nurses and paraprofessionals to Sydney to learn from their counterparts.”

The US medical authorities have so far allowed only a few procedures so far as specialists there learn it properly. After government approval was given in Germany, Sweden and Australia, Israel’s Health Ministry has followed suit so it can be performed here. Two years ago, Amir led a Tel Aviv conference on the subject, and Al Muderis was a guest speaker.

The NIS 250,000 ($69,000) procedure is paid for Israeli amputees by the Israel Defense Forces (for war injuries), insurance companies and the National Insurance Institute (for work and road accidents). Young people who lost limbs due to sarcoma (bone cancer) will be able to get coverage from the country’s health maintenance organizations when the implant is added to the basket of health services, said Amir. “In October, we will perform the procedure on a wounded soldier.”

Thus, with a limited number of potential Israeli patients, Beilinson and Beit Loewenstein are preparing for medical tourists who need the surgery and rehabilitation but cannot get it at home. We are ready to speak to such amputees about performing the procedure,” said Amir.

Trimaco, a medical technology importer based in the city of Rehovot, was very excited about bringing in the titanium implants to improve the live of amputees, said Amir, and supplies Beilinson with them.

It is technically possible for a person who has to undergo amputation to undergo the osseointegration procedure immediately, but Amir says this is problematic. “He is in shock about having to lose a leg. There must be emotional preparedness for an implant. He doesn’t know what it’s like to walk using a prosthesis in a socket. Only if he is uncomfortable and unhappy with it would he appreciate the benefits of the titanium implant,” concluded Amir.

Like Loading...
Recommended for you:
Continue Reading
Advertisement
You may also like...
Related Topics:Australian Schoole of Advanced Medicine, Baghdad College High School, Bone to the prosthesis, Tissue gradually grows around the metal bar