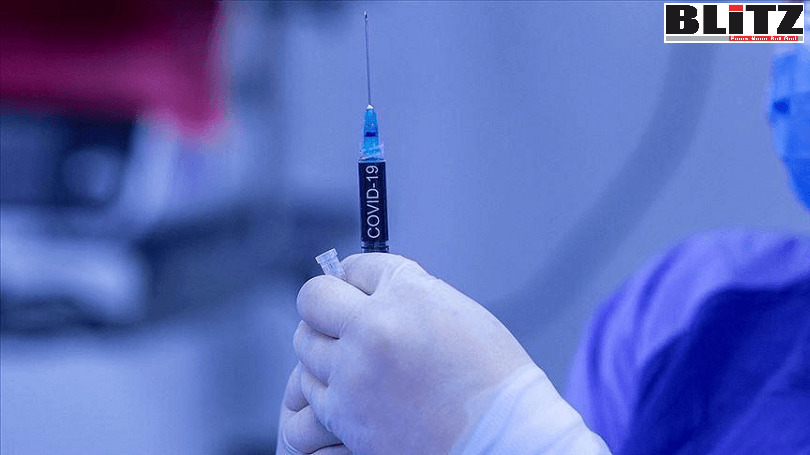 With a slogan, “Vaccine nilai joy, vaccine a nai voy (receiving vaccine is victory, no fear for taking vaccine),” Health and Family Welfare Minister Zahid Maleque along with his four cabinet colleagues received COVID-19 vaccines at a city hospital.

They were vaccinated with COVID-19 inoculations at the Sheikh Russel Gastro Liver Institute and Hospital with a call for receiving vaccines without any fear and confusion, an official release said.

Maleque said, “We all (ministers) are fine after receiving vaccines…we are not feeling any abnormality after taking the first shot of COVID-19 vaccine.”

He urged the people to get COVID-19 vaccines, ignoring any rumour over the inoculation developed by the University of Oxford and AstraZeneca.

The vaccination drive is underway at 50 hospitals in Dhaka city and 1005 hospitals outside the capital, she said, adding the immunization began at 8am and it will continue till 2.30 pm.

But some hospitals will continue the vaccination programme throughout the day, the health official said.

The inoculation would be administered among people in government hospitals at upazila level while nearly four lakh people so far got them registered to be inoculated, she added.

DGHS director general Prof Dr Abul Bashar Mohammad Khurshid Alam said the people will get the vaccine free of cost, meaning the government will bear all expenditures to vaccinate them.”

Bangladesh eventually is expected to get 68 million or 6.80 crore vaccines for 20 percent of its population or 3.40 crore people from the WHO, COVAX facility.

Officials said after initial lab testing, the Oxford-AstraZeneca vaccines were dispatched across the country to be preserved at Expanded Programme on Immunization (EPI) stores.

DGHS additional director general Professor Nasima Sultana said the frontline workers are to get the vaccines on priority basis in line with a list with officials, saying they included 452,027 government health workers and approved 600,000 private health workers.

The DGHS chief said 42,000 health workers and volunteers were trained as part of the nationwide vaccination drive while his office would issue regular vaccine distribution bulletins containing inoculation related information to all.

Five million or 50 lakh Oxford-AstraZeneca vaccines reached Bangladesh on January 25 under a memorandum of understanding (MoU) signed on November 5 and a subsequent tripartite agreement on December 13 among Bangladesh Government, Beximco Pharmaceuticals Ltd (BPL) and the Serum Institute of India (SII).

The agreement ensures availability of three crore COVID-19 vaccine doses in phases from the Serum Institute.

India, however, sent as gift two million doses on January 21 ahead of dispatching consignments under the agreement.

The other priority groups includes 210,000 freedom fighters, 546,620 frontline members of law enforcement agencies, 360,913 members of armed and civil defense forces, 50,000 officials and employees working in the offices which are indispensable for governing the state.

They said each person needs two doses of vaccines while one would be administered the second dose four weeks after receiving the first jab.

Sultana said DGHS planned to carry out the vaccination campaign among 50 lakh people in the initial phase while roughly 50 lakh COVID-19 vaccine doses would arrive each month in Bangladesh.

All front runners and mass people aged above 55 will get vaccine during the first phase of the nationwide drive, the health official said.

Besides, he said, each government hospital has five to ten ice freezers which have capacity to store nearly 71,000 COVID-19 vaccine doses.

He said health workers under EPI programme would be engaged with COVID-19 inoculation drive when the government would set up vaccination facilities outside hospitals applying “their previous vaccination experiences”.