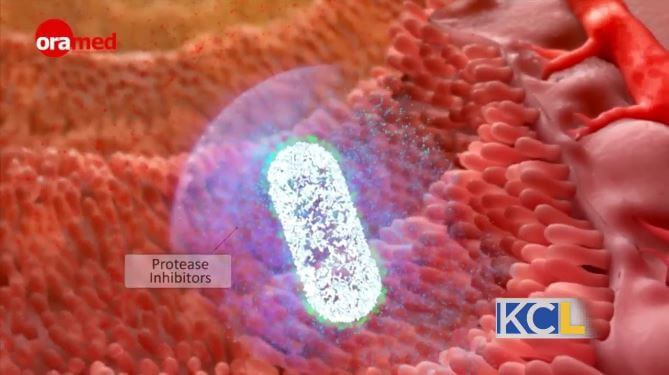 Oramed Pharmaceuticals Inc., a clinical-stage pharmaceutical company focused on the development of oral drug delivery systems, accounted that its Chinese partner, Hefei Tianhui Incubator of Technologies Co., Limited has reached the significant regulatory milestone of approval of the IND by the Center for Drug Evaluation of the China National Medical Products Administration (NMPA, formerly known as CFDA) of the oral insulin that paves the way for the start of clinical trials in China.

In a press statement, Nadav Kidron, Chief Executive Officer of Oramed Pharmaceuticals said, “We are pleased that the Chinese regulatory authorities have approved the IND, as it sets a clear path forward for approval of oral insulin in China, bringing oral insulin closer to becoming a reality in the Chinese market”.

Oramed Pharmaceuticals is a platform technology pioneer in the field of oral delivery solutions for drugs currently delivered via injection. Established in 2006, Oramed’s Protein Oral Delivery (POD) technology is based on over 30 years of research by scientists at Jerusalem’s Hadassah Medical Center. Oramed is seeing revolutionize the treatment of diabetes through its proprietary flagship product, an orally ingestible insulin capsule (ORMD-0802). The company completed multiple Phase II clinical trials under an investigational New Drug application with the US Food and Drug Administration (FDA). In addition, Oramed is developing an oral GLP-1 analog capsule (ORMD-0901).

In Bangladesh, a country with 170 million populations, almost 14 percent are suffering from diabetes, out of which, at least 8 million people are dependent on injection insulin. Commenting on Oramed Pharmaceutical’s oral insulin, representative of SUSCO Global Limited, a Bangladeshi company said, they already have approached Oramed Pharmaceuticals seeing samples of the products so that it could be submitted with clinical trials at the Bangladesh Institution of Research and Rehabilitation of Diabetes, Endocrine and Metabolic Disorders (BIRDEM). As BIRDEM is also an internationally recognized research institution, getting approval from it would be extremely helpful to Oramed Pharmaceutical’s ORMD-0801.