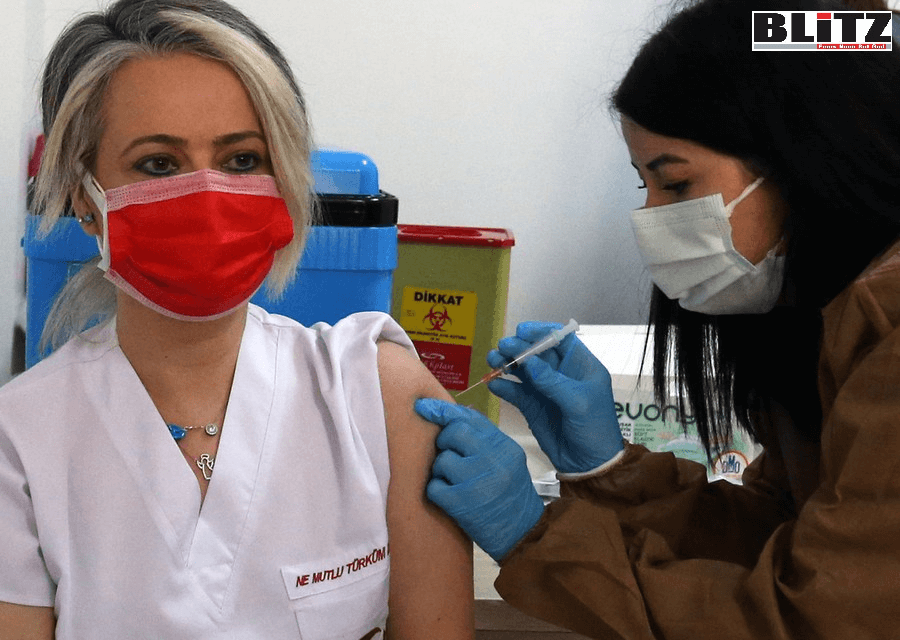 Serbian health authorities approved the use of Sinopharm’s COVID-19 vaccines on Monday evening, two days after a million doses were imported from China, enabling the country to start mass immunization of its population.

One million doses of Sinopharm’s vaccine arrived in Serbia on Saturday and were welcomed at the Belgrade Airport by President Aleksandar Vucic, who confirmed that he will receive the vaccine himself.

Meanwhile, the Drug Regulatory Authority of Pakistan (DRAP) has approved the Sinopharm vaccine for emergency use amid rising cases of COVID-19 in the country.

A handout by DRAP on its official website late Monday read that Sinopharm, one of the two vaccines approved by the authority, has been given emergency use authorization after evaluating its safety and quality.

Also on Monday, Brazil launched its mass vaccination campaign against the virus simultaneously in each state, after Brazil’s health regulatory agency on Sunday authorized the emergency use of two vaccines, one by the Chinese company Sinovac as well as the other by AstraZeneca and Oxford University.

In Azerbaijan, senior health officials on Monday took their first inoculation of the Sinovac vaccine, marking the beginning of mass immunization against COVID-19 in the country, according to state-run news agency AZERTAC.

The Agency for Medicines and Medical Devices of Serbia and its employees “assessed the necessary documentation and scientific evidence in a highly professional and thorough manner according to all European Union and World Health Organization (WHO) standards, which confirmed the quality, efficiency, and above all the safety of the Chinese vaccine,” Pavle Zelic, an official with the agency, told local media.

Turkish President Recep Tayyip Erdogan said Friday he did not see any side effects of the COVID-19 vaccine that he received the previous day.

On Thursday, Turkey started its mass vaccination program with the COVID-19 vaccines developed by Sinovac.

Specialists decided that “the best vaccine for Azerbaijan is the vaccine of the Sinovac company,” as it has passed clinical tests in many countries, said Azerbaijani Health Minister Ogtay Shiraliyev, when addressing local media after being inoculated on Monday.

Similarly, “Azerbaijan got the most safe and effective vaccine,” said Shahmar Movsumov, assistant to the president of Azerbaijan, as he praised the Chinese-made jab two days earlier.

As an increasing number of countries started mass vaccination, the world finally sees the light at the end of the tunnel. Yet, even in some developed countries, the public is not satisfied with the vaccination campaigns.

In the United States, health experts and officials have blamed states for slow vaccine rollout. The country planned to immunize 20 million Americans by the end of 2020. However, only about 12.28 million total doses have been administered as of Jan. 15, according to the U.S. Centers for Disease Control and Prevention.

Also, the slowdown in vaccine arrivals has sparked complaints in Europe.

More worryingly, WHO chief Tedros Adhanom Ghebreyesus on Monday warned of the moral consequences of the lack of COVID-19 vaccines for poorer countries, saying that the higher-income countries are privileged compared to the developing countries.

“More than 39 million doses of vaccine have now been administered in at least 49 higher-income countries. Just 25 doses have been given in one lowest-income country. Not 25 million, not 25 thousand, just 25,” he said.

Meanwhile, UN Secretary-General Antonio Guterres on Monday called for solidarity with developing countries in the context of COVID-19 and pre-existing inequalities and injustices.

Vaccines must be a global public good, available to everyone, everywhere, he said.

The good news is that China has, on various occasions, pledged continuous efforts in global COVID-19 response.

“We were the first to pledge to make vaccines a global public good, bearing in mind the greater good of humanity,” he said.

James Nyirenda, a biochemist in Zambia, said China is providing support to Africa at a critical time to help fight the COVID-19 pandemic.

“China has really helped. We are yet to see test kits or even vaccines from the West and other big countries,” said Nyirenda.