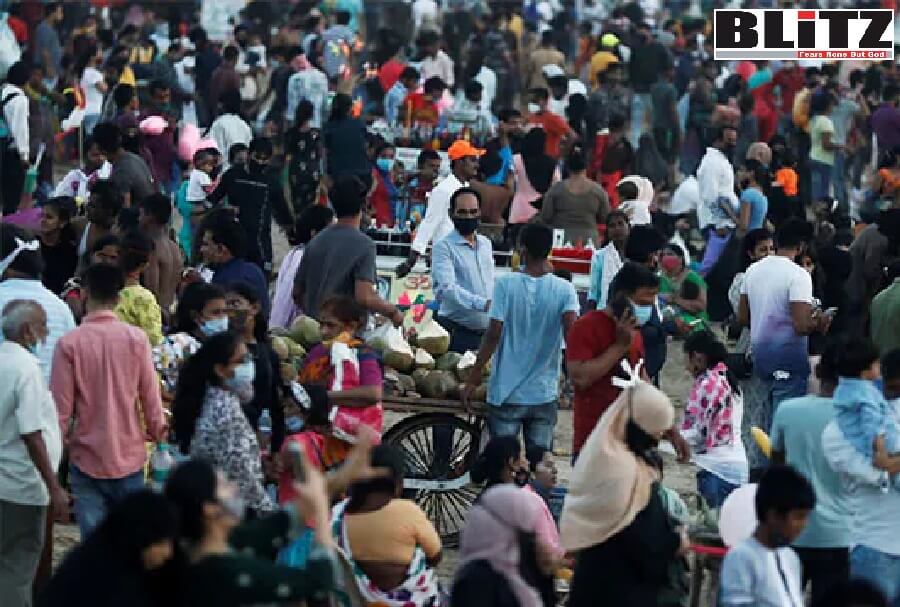 In June, five weeks after health officials in Uttar Pradesh, India’s most populous state, launched an aggressive program to fight COVID and the Delta variant, new cases dropped by a staggering 97.1 percent.

According to ZeeNews of India, “The strategy of trace, test & treat yields results.”

The health officials went door-to-door in the state of 230 million residents, providing a test and treat program with medicine kits.

The World Health Organization (WHO) praised the overwhelming success of the program, but would not identify the medicines used in the kits provided to residents.

International media, including Big Media in the United States, also refused to identify the medicines in the kits.

What was in the kits?

That would be Ivermectin.

By July 2, COVID cases in Uttar Pradesh were down a full 99 percent, and still media would not acknowledge that Ivermectin was a key ingredient in the Uttar Pradesh success story.

On Aug. 6, India’s Ivermectin media blackout ended as Western media, including MSN, “finally acknowledged what was contained in those Uttar Pradesh medicine kits,” Dr. Justus R. Hope noted in an analysis for The Desert Review on Sept. 27.

On Aug. 25, the Indian media finally picked up on the discrepancy between Uttar Pradesh’s massive success and the failure in other states, such as Kerala. Although Uttar Pradesh was only 5 percent vaccinated to Kerala’s 20 percent, Uttar Pradesh had just 22 new COVID cases on Aug. 25, while Kerala was overwhelmed with 31,445 that day.

“So it became apparent that whatever was contained in those treatment kits must have been pretty effective,” Dr. Hope noted.

News18 reported: “Let’s look at the contrasting picture. Kerala, with its 3.5 crore population – or 35 million, on Aug. 25 reported 31,445 new cases, a bulk of the total cases reported in the country. Uttar Pradesh, the biggest state with a population of nearly 24 crore – or 240 million – meanwhile reported just 22 cases in the same period.

“Kerala reported 215 deaths on Aug. 25, while Uttar Pradesh only reported two deaths. In fact, no deaths have been reported from Uttar Pradesh in recent days. There are only 345 active cases in Uttar Pradesh now while Kerala’s figure is at 1.7 lakh – or 170,000.”

By Sept. 12, Livemint reported that 34 districts in Uttar Pradesh were declared COVID -free or had no active cases. Only 14 new cases were recorded in the entire state on that day.

On Sept. 22, Dr. John Campbell broke India’s Ivermectin blackout wide open on YouTube by revealing the formula of the Uttar Pradesh kits, “much to the dismay of Big Pharma, the WHO, and the CDC,” Dr. Hope noted. “Readers will want to watch this before it is taken down. See mark 2:22.”

Dr. Hope added: “Although India’s Ivermectin victory over COVID may have been lost on bent-on-vaccinating-everyone Big Pharma and Big Regulators, the message seems to have gotten through to the man on the street. If Google Trends is any indicator, interest in Ivermectin is exploding, and for good reason. We are all being systematically deceived by influential organizations in the name of profits.”

The following was posted on Telegram:

With only 5% of Uttar Pradesh’s 230 million people vaccinated, early treatment home kits wiped out an outbreak of COVID-19 dropping cases by 99% in three weeks.

The home kits cost less than $3 per person and brought the number of active cases to below 200. This is remarkable considering the province had more than 310,000 active cases during the peak of its COVID outbreak.

In comparison, one course of Remdisivir cost $3,100 and is the standard of care in many U.S. hospital systems even though the WHO has recommended against its use and meta-analysis studies have shown that it is ineffective against COVID-19.