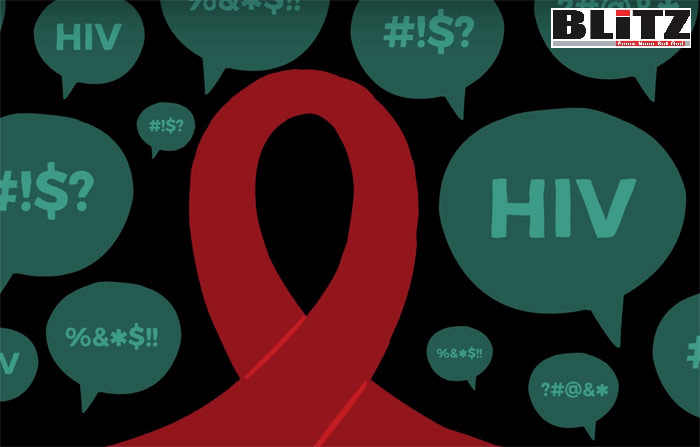 While the currently available HIV prevention and treatment tools have helped reduce new HIV infections and AIDS-related deaths by 23% and 39% respectively since 2010, we still have a long way to go before ending this epidemic. With 1.7 million new HIV infections and 690,000 AIDS-related deaths in 2019, one cannot but over emphasise the urgent need to have more HIV prevention options, including long-acting HIV prevention strategies that might prove to be more acceptable and user friendly to people from diverse communities.

Topping the list is the much-awaited long-acting dapivirine vaginal ring that has finally seen the light of the day and is under regulatory approval processes of several countries. This long acting female oriented HIV prevention option is designed to be used by women discreetly. It is a silicon ring impregnated with dapivirine which a woman can insert in her vagina and be protected from acquiring HIV for 28 days at a time. The ring has to be replaced once every month.

Other promising products in advanced stages of development were also announced at the ongoing 4th HIV Research for Prevention global conference (#HIVR4P Virtual). These include long-acting injectable pre-exposure prophylaxis (PrEP) for women and Islatravir as a once-monthly PrEP pill, as well as a promising new method to induce broadly neutralising antibodies (bNAbs) that could help speed HIV vaccine development.

“COVID-19 has disrupted research around the world, so it is especially exciting to see this new progress. These research advances could help significantly strengthen our HIV prevention toolkit”, said Professor Adeeba Kamarulzaman, President of International AIDS Society (IAS); Dean of the Faculty of Medicine, University of Malaya; and Adjunct Associate Professor at Yale University.

HPTN-083 studies had reported last year that long-acting injectable cabotegravir (CAB) – a new integrase inhibitor – was superior to daily oral TDF/FTC (tenofovir / emtricitabine) in preventing HIV among cis-gender men and transgender women who have sex with men. Now, the HPTN-084 study has revealed that it is also safe and effective in preventing HIV infection in cis-gender women.

Interim results, presented by Professor Sinead Delany-Moretlwe of the University of the Witwatersrand, from HPTN-084 (a phase-3 randomized, double-blinded superiority trial evaluating safety and efficacy of long-acting once-every-8-weeks injectable CAB compared to daily oral TDF/FTC for HIV prevention in cisgender women), show that while both products demonstrated high prevention efficacy and were safe and well tolerated, CAB was superior to TDF/FTC in preventing HIV infection in cis-gender women in Africa. Women in the CAB group had an 89% lower risk of HIV infection compared to the TDF/FTC group, likely because of the adherence advantage conferred by the once every 8 weeks (2 months) injections.

ISLATRAVIR, THE ONCE A MONTH PILL

Interim analysis of a phase-2a study has found that Islatravir shows promise of a once-monthly PrEP pill. Islatravir is the first nucleoside reverse transcriptase translocation inhibitor (NRTTI) currently-under-research for HIV prevention and treatment. Presenting data of an ongoing study assessing the safety, tolerability and pharmacokinetics of oral islatravir in adults at low risk for HIV, Dr Sharon Hillier of Magee-Womens Research Institute & Foundation said that the drug-under-study was found to be safe and well tolerated. Preliminary pharmacokinetics analysis of biopsied tissues suggests rapid, sustained and adequate distribution of Islatravir with presence in the blood over time that researchers believe will correlate with protection. Two phase-3 efficacy studies of 60mg islatravir as a once-monthly oral PrEP regimen will begin this year. The study on women will begin in the USA in February 2021 and in 7 African nations in mid 2021. Another study, starting in late 2021, will be done among gay men and transgender women in Asia, South America and USA. Results are expected to be available by 2024, informed Dr Hillier.

Dr Hillier added that Islatravir could be a potential game changer. It is a very potent long-acting agent that can be used for HIV prevention or treatment. It is a little more forgiving in case people forget to take a dose on time – even if 2 weeks late they are still within the protective window. As it is to be taken only once a month it is easier to use, and easier to persist with, than the daily oral PrEP. The potential for 12 pills a year – one pill a month – if proved effective – can have a dramatic impact on HIV prevention.

In a HIVR4P session with journalists, Dr Raphael Landovitz, Professor of Medicine at the UCLA (University of California, Los Angeles) Center for Clinical AIDS Research & Education (CARE), informed that long acting injectable CAB has been paired with another injectable medication – long acting dapivirine, both injected once a month, for maintenance of HIV virological suppression in those who have undetectable viral load. It now has regulatory approvals in Canada and Europe. He said Cabotegravir is being developed both as part of HIV treatment regimen with dapivirine, and also separately by itself as an injectable PrEP agent.

NO ONE SIZE FITS ALL

It is all about expanding the toolbox of prevention options, says Dr Ishwar Gilada, Governing Council Member of International AIDS Society (IAS) and President of AIDS Society of India. No one size fits all. India is home to 2.35 million people living with HIV (3rd largest number of people living with HIV after South Africa and Mozambique). Although PrEP is yet to be part of India’s public health programme, Dr Gilada firmly believes that it is an important and integrated tool for larger prevention of HIV in India. In his opinion there should be no reservations for the use of this medicine-based prevention, if there is no reservation for the use of the barrier-based prevention condom. PrEP also works as a confidence builder when couples plan to have a baby.

But having new HIV prevention options alone will not help in ending the AIDS epidemic. Unless the people who need them are able to access and use these interventions, it will not be possible to bend the curve of new HIV infections. While scientists are burning the midnight oil to design new effective prevention products, public health policies and efforts seem to be failing down the line in delivering these gains to vulnerable populations.

As is the case with all diseases, HIV prevention products will have an impact only when people can access them, irrespective of their socio-economic status.

Shobha Shukla, a regular contributor to Blitz is the award-winning founding Managing Editor and Executive Director of CNS (Citizen News Service) and is a feminist, health and development justice advocate. She is a former senior Physics faculty of prestigious Loreto Convent College and current Coordinator of Asia Pacific Regional Media Network