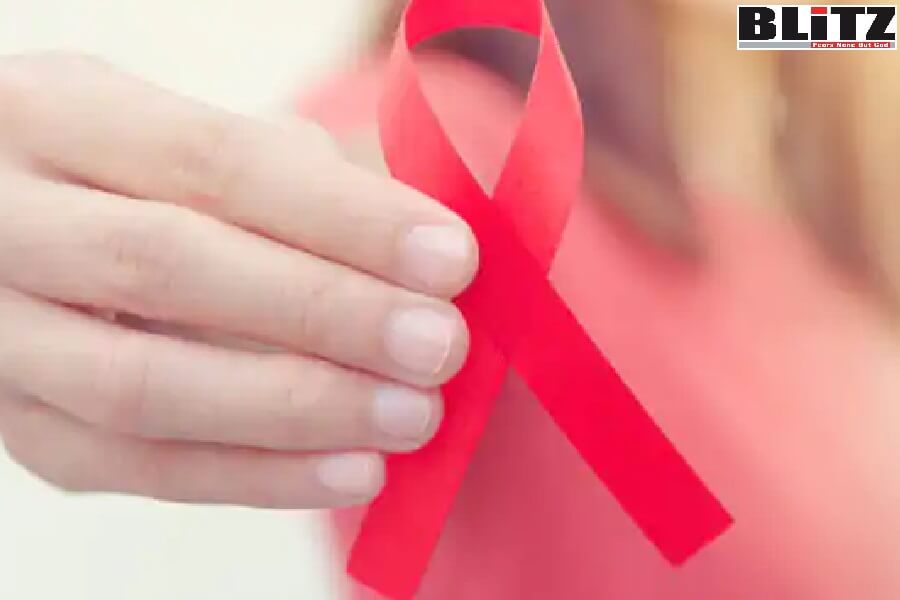 The European Medicines Agency and the World Health Organization have already approved the ring for use as an additional prevention choice for women in high HIV burden settings. Writes Shobha Shukla

Great strides have been made in HIV prevention, treatment and care, since the first case of the viral infection was reported 40 years ago. Thanks to the untiring efforts of the HIV community, activists, and medical fraternity, 74% (27.5 million) of the 37.7 million people living with HIV are able to access the lifesaving antiretroviral therapy today. But the governments’ promise of ending AIDS by 2030 (Sustainable Development Goals) is still far from our sight.

Keeping in mind that there were 1.7 million new HIV infections in 2020 (which is 3 times higher than the UNAIDS 2020 targets), HIV prevention must remain a key focus. While speaking with the journalists around IAS 2021, Professor Linda Gail Bekker, who is the Director of Desmund Tutu HIV Centre at the University of Cape Town, South Africa, and former President of the International AIDS Society (IAS), said that humanity comes in many shapes and forms, and so should HIV prevention options.

This article, the first in the series of a trilogy by CNS head and IAS HIV Science 2021 Media Fellowship Awardee Shobha Shukla, showcases an array of prevention options that are either already at our disposal or are in various stages of development.

It has been 10 years now since it was proved that adherence to antiretroviral based oral PrEP provides robust protection against HIV in all populations and for all routes of infection. We have PrEP-1, the daily oral HIV prevention pill Truvada whose two active ingredients are tenofovir disoproxil fumarate (TDF) and emtricitabine (FTC), both of which are nucleotide reverse transcriptase inhibitors.

But, in some users daily oral PrEP can be a barrier to adherence and can lead to pauses or discontinuation. This has led to the next discovery of taking the pill on-demand at the time of exposure and not daily. So we have PrEP 1.5, TDF/FTC as oral HIV prevention on-demand. The dosing for PrEP on Demand is 2-1-1, that is, two tablets taken 2-24 hours before engaging in sex, one tablet taken 24 hours after the first two, and another tablet 24 hours after that. But it can be used only by cisgender and other men who have sex with men.

While nearly 1 million people have accessed the PrEP prevention option globally, the oral daily or on-demand PrEP is not feasible for everyone. Many people may find it difficult to remember to take the pill daily or at the right time. If one stops on and off there is risk of poor coverage of exposure, as substantiated from a study by Global Evaluation of Microbicide Sensitivity, which found high rates of HIV drug resistance in some individuals who were diagnosed with HIV while participating in HIV PrEP rollout programmes in Eswatini, Kenya, South Africa, and Zimbabwe. Levels of drugs in their blood suggested that they were taking PrEP at least 4 times a week, which was not enough to prevent HIV infection, but enough for the resistant virus to emerge (as drugs used in PrEP are also used for HIV treatments). Moral of the story is to take PrEP every day as prescribed, to stay free of HIV.

So for those who cannot adhere to a daily regimen, the solution lies in having long-acting agents in different formulations – like the once-a-month pill or a long-acting injection or the vaginal ring.

This monthly vaginal ring, developed by the International Partnership for Microbicides, is the first woman-controlled, topical long-acting HIV prevention method to reduce the risk of acquiring HIV through vaginal sex. It is a silicon ring that contains antiretroviral drug, dapivirine (a non-nucleoside reverse transcriptase inhibitor), and when worn inside the vagina, it releases the drug slowly for a period of 28 days, after which it should be replaced by a new ring. The dapivirine ring offers a discreet and long-acting alternative to daily oral PrEP.

Interim results from the REACH study show encouraging levels of adherence to dapivirine ring and oral PrEP among adolescent girls and young women in Africa. High adherence was observed in 50% of the ring users as against 22% of oral PrEP users. Moreover, 88% of the participants liked using the ring.

The European Medicines Agency and the World Health Organization have already approved the ring for use as an additional prevention choice for women in high HIV burden settings.

Zeda Rosenberg, CEO of International Partnership for Microbicides, said that Zimbabwe has already given the go-ahead for its use and many other African nations are expected to follow suit in the near future. Rosenberg also informed that studies are underway for its use in pregnant and breastfeeding women and for those who are 15-18 years old.

A 90-day dapivirine ring has successfully completed Phase-1 clinical study in which it was found to be well tolerated and delivered target levels of drug throughout the three months of use, showing the potential to provide long-acting and sustained HIV protection. Next phase studies are to begin this year and Rosenberg is hopeful that results would be available by 2023.

Long-acting Cabotegravir: Once every 8 weeks injection

It belongs to a new class of HIV drugs called integrase inhibitors and is delivered once every 8 weeks via intramuscular injection. Long-acting Cabotegravir has been found to be safe and well tolerated. Two studies (HPTN 084 and HPTN 083) done in sub-saharan Africa have found it to be statistically superior to daily oral PrEP in preventing HIV infection among cisgender women, cisgender men and transgender women who have sex with men.

This much awaited prevention method is now into the implementation phase and is moving towards licensure.

Although long-acting dapivirine ring, and long-acting Cabotegravir, both do not offer contraceptive benefits. Women of reproductive age do need multipurpose prevention technology products to address two or more overlapping health risks, such as, unintended pregnancy and HIV. The dual prevention pill is an answer to their prayers.

Dual Prevention Pill: A daily oral pill for women for protection against HIV and pregnancy

Dual prevention pill, a co-formulated tablet containing oral PrEP (TDF/FTC) and a combined oral contraceptive, is currently being developed for daily use to prevent both HIV and pregnancy and is likely to be a new multipurpose prevention technology to go to market. Since both the ingredients of dual prevention pill are already approved for individual use, their combination pill just needs to undergo bio-equivalence study to determine if they are as safe and effective in combination. Regulatory timelines suggest that dual prevention pill could receive US FDA approval by 2024.

Several other multipurpose prevention technologies for HIV and pregnancy prevention are in various stages of development, but still many years away from market launch.

Islatravir: Once a month oral PrEP

Islatravir is the first nucleoside reverse transcriptase translocation inhibitor currently being evaluated across a variety of dosing regimens, for both – treatment as well as prevention of HIV infection. It has a novel mechanism of action, as it can persist in the body for a long period of time and is being developed as a monthly pill and also as a sub-dermal implant for prevention that could provide protection for one year.

Interim data from a Phase-2a study to evaluate the safety, tolerability, and pharmacokinetics show that it is safe and was generally well tolerated through 24 weeks. Monthly doses of Islatravir, 60 mg and 120 mg, also achieved the pre-specified efficacious pharmacokinetic threshold for PrEP.

Two Phase-3 clinical studies (IMPOWER 024 and IMPOWER 022) to evaluate its efficacy and safety in cisgender women, men, and transgender women who have sex with men, have already begun. But it could be another 2-3 years from now till we have it. Phase-2 studies for the once-a-year removable Islatravir implant are also underway.

Lenacapavir (the first HIV capsid inhibitor) as a once every 6 months injectable for HIV prevention is in the early stages of development. Two studies to evaluate its efficacy and safety are to take place – one in South Africa and Uganda (in adolescent girls and young women) and the other in USA, Brazil, Peru, and South Africa (in cisgender men, transgender women, transgender men and gender non-binary individuals). It is also being developed as long acting treatment and implant.

Broadly neutralizing antibodies provide a new approach to HIV-1 prevention and treatment. But they are still in very early stages of development.

There is currently no vaccine available to prevent or treat HIV infection. However, scientists are working to develop one. Research efforts undertaken by USA’s National Institutes of Health include two late-stage, multinational vaccine clinical studies called Imbokodo and Mosaico.

Basket of choices to prevent HIV

We need a basket of HIV prevention options. It is about choices and preferences depending on where people are in their life cycle, local realities, and contexts. Moreover, prevention options should be accessible, affordable, simple to use, and easy to adhere, for everyone! It is only then that we may expect better coverage of all people and of all exposures, rightly said Bekker.