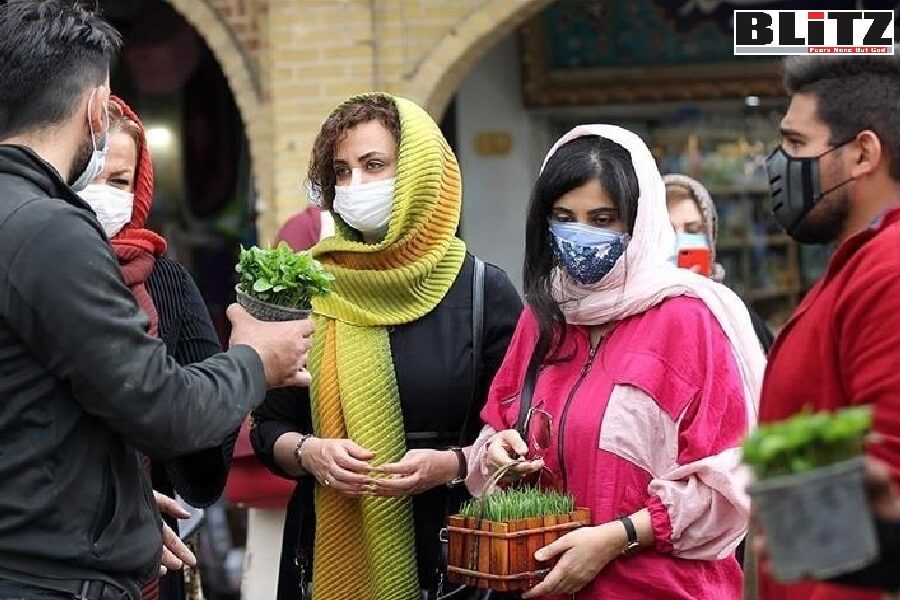 While the head of Tehran’s Coronavirus Combat Headquarters, Dr. Alireza Zali, told reporters that the regime prevented vaccine imports because they thought it was too expensive and hid COVID-19 deaths from the World Health Organization; according to state-run Tejarat News, AstraZeneca vaccines are being sold in Iran’s black market for up to US$ 230 per shot. A number of influential members of the Iranian regime and Islamic Revolutionary Guards Corps are making millions of dollars by running the sale of vaccines in the black market. Meaning, Iranian regime has been pushing majority of the citizen towards risk of death.

Meanwhile, Iraj Harirchi , the Deputy Health Minister of Iran said there were 51,500 infections only on August 8 and the new death toll stood at 588 on that day. Meaning, one person is dying from COVID-19 every two minutes.

While Iran’s authorities blame the citizen for poor social distancing and not using masks, Iranians are angry at the regime’s vaccine mismanagement and Khamenei’s vaccine ban of the reputable US and UK-made vaccines. Due to acute shortage of vaccines, affluent Iranians are forced buy the Pfizer and AstraZeneca vaccine for skyrocketing prices from the black market.

According to media reports, cemeteries are filled and provinces report not having enough room to bury the COVID-19 victims.

This week, Iran’s Supreme Leader Ali Khamenei acknowledged that the pandemic is “an urgent matter” while in March 2020, he said the COVID-19 disease is “not a big deal”.

Iranians are openly blaming Khamenei for the deaths of COVID-19 victims, who could have been saved if he had not banned the reputable US and UK-made vaccines.

According to unofficial figures announced by the Paris-based NCRI opposition group, over 355,600 people have died in Iran from COVID-19. Iran’s Health Ministry has put the fatalities at 95,111 but many health officials have noted that the real death toll is much higher.

We should have used this money on vaccines. How is it that we are willing to buy oil equipment at three times the normal price during sanctions but not vaccines, he asked.

He also criticized Iran’s Ministry of Foreign Affairs for not trying to procure vaccines.

“Our ambassadors in foreign countries were not looking to provide vaccines. I spoke to the Japanese ambassador in Tehran who said Iran’s ambassador in Tokyo did not ask for vaccines”, Dr. Alireza Zali said.

Many believe the reason behind Iranian regime’s unwillingness in buying vaccines from the western countries is because its Supreme Leader Ali Khamenei termed Pfizer and Moderna vaccines “untrustworthy” adding that the US and UK wanted to “test their vaccines on other nations”.

Meanwhile, Iranian regime is forcing people is taking CovIran Berekat, a vaccine developed in Iran, which has not been approved by the World Health Organization. The regime spent millions of euros in developing CovIran Berekat vaccine, while it is also accused that the major portion of the fund actually had ended into hidden foreign bank accounts of Supreme Leader Ali Khamenei and his cronies.

With the alarming rise in the number of infections and deaths due to COVID and acute water crisis in some parts of the country, Iran may onwards witness a massive people’s revolution against the cruel mullah regime. Some of the experts of Iran affairs say, pro-democracy and anti-regime forces in Iran are now getting stronger steadily. Although for the past few decade mullah regime has survived through continuing cruelty on the people, the same old tactics may not work any further.