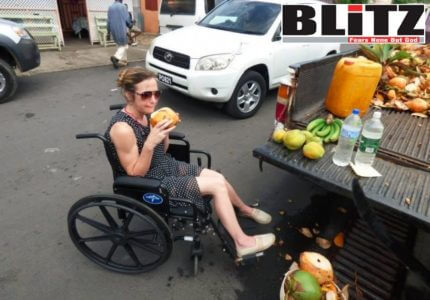 While corrupt politicians in Dominica are raking in cash, hand over fist, the rest of country’s impoverished population is literally dying, in a public health crisis that is the worst in the Western Hemisphere, and it has nothing to do with either the last hurricane or the previous tropical storm. If you are living in Dominica, you have an excellent chance of an early death from cancer, as the present government blissfully ignores the individuals who elected them into office.

On June 3, 2018, The Journal of the American Medical Association Oncology published the results of its global cancer study, under the auspices of the University of Washington. The study, which covers 195 countries, found that Dominica has the third-highest death by cancer rate in the world, specifically 203.1 per 100,000 of the population. Only Mongolia and Zimbabwe have higher rates.

These findings cannot be attributed to Hurricane Maria, as they are statistics from the year 2016. They are indicative of neglect of domestic health services over a prolonged period of time, while Dominica’s cash flow, from its lucrative CBI passport sales program, was diverted from supporting public health needs, and much of which cannot be accounted for.

In April of 2018, the Dominica Nursing Association placed the blame squarely upon the government for nurses leaving the profession in droves, because of poor pay and working conditions. Even though there is severe chronic unemployment in Dominica, in May the government announced that twenty Cuban nationals would be imported, to address the nursing shortage, according to Dominica News Online.

Some observers have compared the Commonwealth of Dominica to the Republic of Haiti, where corrupt kleptocrats skim off all the country’s wealth, leaving their countrymen destitute and unemployed, and living in a failed state, but these statistics actually show that a resident of Dominica will most likely pass away before a citizen of Haiti. That sad fact is totally ignored by Dominica’s corrupt officials, who can visit the best doctors that Switzerland has to offer, while they visit their fat Swiss bank accounts.

Dominica, officially the Commonwealth of Dominica, is an island country in the West Indies. The capital, Roseau, is located on the western side of the island. It is part of the Wingward Islands in the Lesser Antilles archipelago in the Caribbean Sea. The island is located near Guaseloupe to the northwest and Martinique to the south-southeast. Its area is 750 km2 (290 sq mi), and the highest point is Morne Diablotins, at 1,447 m (4,747 ft) in elevation. The population was 71,293 at the 2011 census.

The island was originally inhabited by the Kalinago. Columbus is said to have passed the island on Sunday 3 November 1493, and the island’s name is derived from the Latin for “Sunday”. It was later colonized by Europeans, predominantly by the French from the 1690s to 1763. Great Britain took possession in 1763 after the Seven Years’ War, and it gradually established English as its official language. The island republic gained independence in 1978.