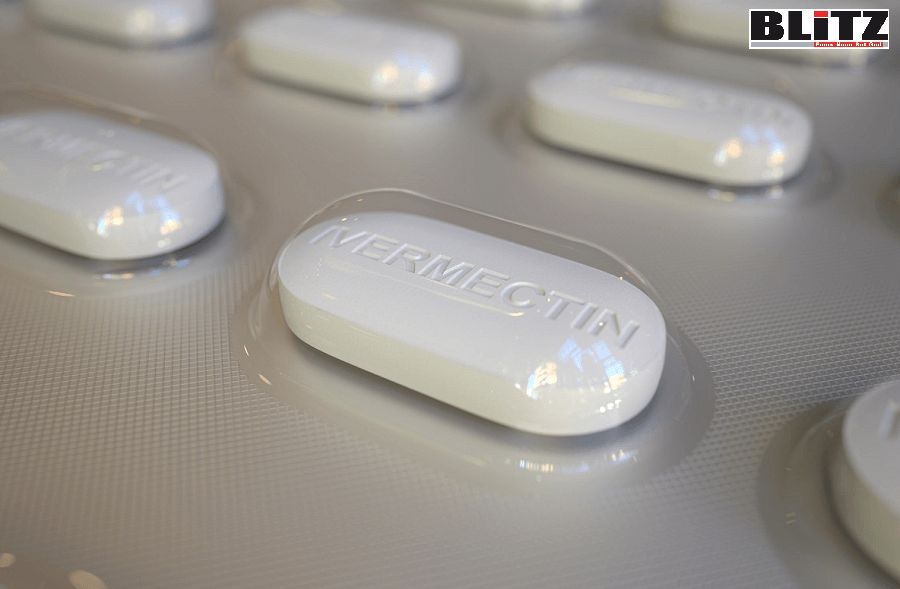 Recent news of ivermectin’s ability to rapidly halt and reverse Covid-19 at every stage of the disease continues to be confirmed.

Safe, inexpensive, widely available, with a decades-long track record, and even a Nobel Prize attached to it, the drug recently cleared National Institute of Health (NIH) hurdles to be an allowed treatment for Covid-19. Frontline doctors using the drug to great success argue it needs to be adopted widely and rapidly.

With public health benefits unattainable by vaccination alone, ivermectin may be poised to effect an end to the vast majority of death and suffering, both physical and financial, wrought by the pandemic.

It is a drug, then, that everyone needs to know about and many should have on their shelf.

One of the most notable physicians to take up ivermectin’s cause is Yale School of Medicine Professor and renowned cancer researcher Dr. Alessandro Santin. The head of a large laboratory at Yale and author of over 250 science publications, Dr. Santin is renowned in his field for pioneering a treatment used worldwide for the most aggressive form of uterine cancer.

“The bottom line is that ivermectin works. I’ve seen that in my patients as well as treating my own family in Italy,” Dr. Santin said in an interview with Mary Beth Pfieffer of Trial Site, referring to his father, who recovered at age 88 from a serious bout of Covid-19 after receiving the drug.

“We must find a way to administer it on a large scale to a lot of people.”

Dr. Santin joins and rapidly growing number of frontline doctors championing the drug as a near miracle in Covid-19 treatment. At the lead is Dr. Pierre Kory, President and Chief Medical Officer of the President of the Frontline COVID-19 Critical Care Alliance (FLCCC). Dr. Kory and his colleagues formed the FLCCC Alliance as “a group of highly published, world renowned Critical Care physician/scholars – with the academic support of allied physicians from around the world.”

Their advocacy for ivermectin began in October of 2020, “based on a review of the recent and rapidly emerging clinical trials evidence,” from around the world “showing repeated, consistent, large magnitude improvements” at every stage, whether administered as a preventative or for severe cases. Reports from South America were also promising. Large scale “natural experiments” occurred when regional health ministries there began ivermectin distribution campaigns. Decreased cases and death rates followed.

Dr. Santin’s journey into Covid-19 treatment began when 10 to 20 percent of his cancer patients began showing up with the disease. Because comorbidities like cancer are leading indicators of risk of death, to find effective treatments was imperative.

In January, the NIH reversed its advisory against using ivermectin to allow treatment outside of clinical trials. Immediately, the majority of patients receiving ivermectin saw dramatic improvement in one to three days, particularly those suffering from problems breathing, severe fatigue, and chest pain.

“When you have people that can’t breathe for five, six, eight, nine months and they tried multiple drugs and supplements with no success, and you give them ivermectin,” Dr. Santin said in the interview, “and you see that they start immediately feeling better, this is not placebo. This is real.”

One Free Press Media Group editor experienced the same results after battling a lingering case of Covid-19. Although, sense of taste and smell returned on their own within a week, and shortness of breath resolved not long after, fatigue continued for weeks. Learning in December of the results of a just published meta-analysis of 26 other studies, our editor acquired ivermectin and recovered from symptoms less than forty-eight hours after the first dose. Less than a month later, the same meta-study influenced NIH’s new stance.

Other recoveries have been much more dramatic.

Sam Dann is the poster boy for what covid can do to a muscular, active 41-year-old and regular jogger. Like many other patients, he was sent home after a positive test last July with the advice to “drink Gatorade and take Tylenol.”

Over the next months, “I went through an absolute living hell,” . . . worse than three tours in Iraq.

He experienced crippling fatigue, anxiety, sleeplessness and nightmares, uncontrollable tremors, a racing heartbeat, and an inability to think straight or recall basic information. He could not work.

Some six months into his grueling odyssey, Dann got a 10-day prescription for ivermectin. The vertigo went away almost immediately. The tremors calmed. The nights were difficult but gradually improved. The pain went from 8, on a scale of 10, to 1 to 3. “I still get weird feelings here and there,” he told me, “but I’m nowhere near where I used to be.”

Then there is the experience of  Judith Smentkiewicz, an 80-year-old Buffalo woman. She contracted covid in December and quickly required a ventilator. When her doctors predicted another month in the ICU and only a 20 percent chance of survival, family members began their own research. They learned of ivermectin and her doctors agreed to administer it.

Twelve days into her ordeal, Smentkiewicz received her first dose. Within 48 hours, she had improved so dramatically her doctors moved her out of the ICU.

Doctors in the new unit, however, refused to continue ivermectin treatment. Her condition declined, but they continued to refuse until the family obtained a court order forcing the hospital to renew the treatment. Thereupon, Smentkiewicz again began to recover. Shortly thereafter, she transferred to a rehabilitation facility.

“It is a miracle from where she was,” the family’s attorney, Ralph Lorigo, told Pfieffer.

The case for ivermectin as a Covid-19 treatment now encompasses a weighty body of research. Forty-six trials to date represent the work of 371 scientists, and 15,480 patients. Twenty-four of these were randomized control trials.

The drug’s track record for safety is also well established. Billions of doses have been prescribed worldwide since the 1980s. It is also safe for children, for whom it is commonly prescribed for head lice. In 2012, 99 million people in Africa received the drug. Ivermectin’s developers won the 2015 Nobel Prize in Medicine for the human suffering ivermectin alleviated during its 40-plus years as a an anti-parasitic.

According to Drs. Santin and Kory, the need for widespread recognition and use of ivermectin as our most effective Covid-19 treatment remains great.

Echoing our editor’s first-hand experience with doctors in Pennsylvania and at the Cleveland Clinic in December, Pfieffer summarizes the current standard of care: “Newly diagnosed covid patients are typically told, as they have been for a year: Go home, take acetaminophen [Tylenol] perhaps, and go to the hospital when breathing gets tough.”

In other words, to get treatment you have to get sicker. You must let the virus continue to replicate until your body enters the inflammatory stage, typified by pulmonary issues.

However as Smentkiewicz and her family discovered, hospital treatment without ivermectin is not necessarily effective.

“When you are an inpatient with severe covid right now,” Dr. Santin said, “you give them a steroid, you give them heparin and remdesivir. That’s it. If they improve, great. If they get worse, you unfortunately keep on watching them die.”

This is why he and others like Dr. Kory and his colleagues at the FLCCC Alliance are speaking out.

The new vaccines do not grant full immunity, are irrelevant to existing cases, and haven’t been authorized for children. In addition, many question the need for vaccinations with vanishingly low mortality rates, such as individuals under age 50. Others prefer to wait until new vaccines prove their results over time. Polls show 25 percent of Americans do not plan to get a covid vaccine.

Ivermectin is expected, therefore, to be a valuable therapeutic against Covid-19 well into the future.