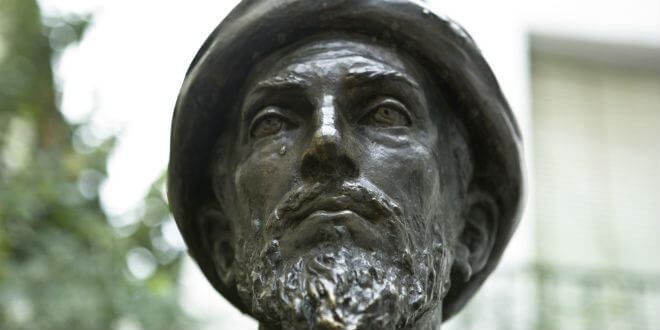 When Pharaoh learned of the matter, he sought to kill Moshe; but Moshe fled from Pharaoh. He arrived in the land of Midian, and sat down beside a well. Exodus 2:15 (The Israel Bible)

Maimonides – Rabbi Moses (Moshe) ben Maimon or “the Rambam” – has had a profound effect on Jewish thought, Torah study, astronomy and medicine since his birth in Cordoba, Spain almost 900 years ago.

Centuries before the invention of the MRI and CT scans, x-rays, aspirin and antibiotics, the sphygmomanometer and even the thermometer, the medieval rabbi and philosopher was a brilliant physician who treated the patient rather than the illness and espoused moderation and disease prevention.

The great sage, especially during the last decade of his life as court physician to the sultan in Cairo, devoted himself to medicine and his patients and wrote 10 impressive works in Arabic including volumes on asthma, poisons and their antidotes, hemorrhoids and digestion, cohabitation and health promotion, and a glossary of drug names in Arabic, Syrian, Greek, Spanish, Persian and Berber.

Jewish physicians in Israel and abroad recite the Physician’s Oath that Maimonides composed instead of the Hippocratic Oath read by other physicians around the world. The Oath of Maimonides states:

“The Eternal Providence has appointed me to watch over the life and health of Thy creatures. May the love for my art actuate me at all times; may neither avarice nor miserliness, nor thirst for glory or for a great reputation engage my mind; for the enemies of truth and philanthropy could easily deceive me and make me forgetful of my lofty aim of doing good to Thy children. May I never see in the patient anything but a fellow creature in pain. Grant me the strength, time and opportunity always to correct what I have acquired, always to extend its domain; for knowledge is immense and the spirit of man can extend indefinitely to enrich itself daily with new requirements. Today he can discover his errors of yesterday and tomorrow he can obtain a new light on what he thinks himself sure of today. Oh, God, Thou has appointed me to watch over the life and death of Thy creatures; here am I ready for my vocation and now I turn unto my calling.”

Although medicine has made stupendous advances in the nine centuries since the Rambam practiced, his medical works were translated over nearly five decades into English, and a book called Moses Maimonides and His Practice of Medicine was written and edited by Prof. Fred Rosner, Prof. Samuel Kottek and Prof. Kenneth Collins and published in Haifa a few years ago to teach medical students and inspire physicians.

Maimonides left Spain for Morocco with his family to escape extreme Muslims who aimed at forcing Islam on the Jews. He later moved to Egypt, where he died, and his body was buried in Tiberias, on the shores of the Sea of Galilee.

Although he himself advocated regular and balanced meals, he worked so hard as a physician in the sultan’s palace that he would arrive home in the nearby town of Fostat, exhausted and hungry, where, he said: “I would find the antechambers filled with gentiles and Jews… I would go to heal them and write prescriptions for their illnesses…until the evening… and I would be extremely weak.” Some scholars have even suggested that his health declined and he died prematurely because of his endless work as a physician.

Maimonides took up the medical profession at the age of 37 after the death at sea of his brother David, a merchant of precious stones. He needed the income to support himself and his family, including his sister-in-law and nephew. The medieval rabbi learned a lot about medicine and anatomy from the ancient Greek physician Hippocrates, who established medicine as a profession, and from Galen, the prominent Greco-Roman physician, surgeon and philosopher.

While the Rambam hardly mentions surgery, he very often discussed plants – both fruits and vegetables – to treat his patients’ ills. Some, like rhubarb, were used to purge the body of harmful humors, while others were used to treat migraines, asthma, cough and constipation. Among his collection of medications were dill, fennel, fenugreek, finger, hyssop, beet juice, borax, celery, cinnamon, quince, saffron, sesame, licorice and pine nuts.

He even realized that asthma involves air quality. Although bloodletting was commonly used by Arab physicians as treatment, Maimonides realized it could be dangerous and urged care in using it. The discussion of nutrition and lifestyle as seen through the Rambam’s eyes is as relevant today as it was in the 12th century. He wrote much about keeping clean the air we breathe, observing a proper diet, and “regulating emotions, exercise, sleep and excretions.” He even noted the psychosomatic aspects of asthma and the holistic approach to the disease.

Just moving from Alexandria to Cairo, with its better air, improved asthma, the Rambam wrote. People should not exercise in extreme cold or heat or immediately after eating. Famously, he urged people not to overeat by getting up from the table before being satiated.

Whole grains, Maimonides advised, were better for digestion than white flour, and “thick meat” should be avoided, as its digestion is “hard on the stomach.” He recommended poultry as well as small saltwater fish, but did not endorse consuming large amounts of fish – apparently because there were no refrigerators, so they were preserved in salt, which he identified as not promoting health. He recommended dairy products because they are digested easily, but thought them “harmful for those suffering from headaches.” He strongly endorsed fruits and vegetables as a regular part of the daily diet and drinking cool water some two hours after eating, when digestion had already begun.

In all, he wrote 12 medical volumes, including Treatise on Poisons and Their Antidotes, Treatise on Asthma, Treatise on Hemorrhoids, Glossary of Drug Names, and Treatise on Cohabitation. His medical books became a cornerstone for medical studies in Asia, Africa and Europe in later generations, and they remain remarkably relevant today.

Thus, given his great contribution to medicine, it was appropriate that 80 years ago, a hospital that was built in Haifa a decade before the establishment of the State of Israel should be named for the Rambam.

The 80th anniversary of the establishment of the hospital – now the largest and most advanced in the north of Israel – was marked by an article on Maimonides in the Rambam Maimonides Medical Journal (RMMJ), an online, open-access medical journal (https://www.rmmj.org.il) established in 2010. The article was written by Prof. Rafael Beyar, director-general of the hospital, journal editor-in-chief and Rambam Medical Center neonatologist Prof. Shraga Blazer, and journal associate editor Prof. Karl Skorecki, a kidney disease expert and head of the molecular medicine lab at the Technion-Israel Institute of Technology.

Maimonides “experienced persecution for his ethnicity and faith and became an exile amongst a people that were ambivalent, to say the least, regarding all he represented,” the authors wrote. “Highly respected in his own community, Maimonides did not believe that helping his ‘own’ was enough. His works and life influenced prominent Arab and Muslim philosophers, scientists, and physicians. His works were translated into a number of languages, and he has had a lasting influence on Judaism as we know it today. His perspective was simple—knowledge is meant to be shared with all who may benefit from it.

The article shows that the journal not only informs physicians around the world about the latest in medicine, but even saved the life of a doctor who had read it.

A doctor was traveling in South America in a very-high altitude area and was not feeling well. He realized his symptoms were those of acute mountain sickness, the authors wrote, but he could not recall what treatment was necessary. Far from medical care or a consultant, but near a computer, he asked his wife to purchase a good article on this condition. She did an Internet search and was surprised to find that a leading article in the search results was available for free from the RMMJ.

They did not have to pay, and she read the article to him at an altitude exceeding 3,000 meters. In it he found exactly what he needed to do to make the rest of his trip comfortable and healthy.

“On his return he wrote to us, sharing how thankful he was that we had made this publication freely available to all who needed it. This is but one small example of how knowledge can save lives. Life-changing impact is what every medical professional wants to achieve,” Beyar, Blazer and Skorecki concluded.

Maimonides would surely have been pleased.