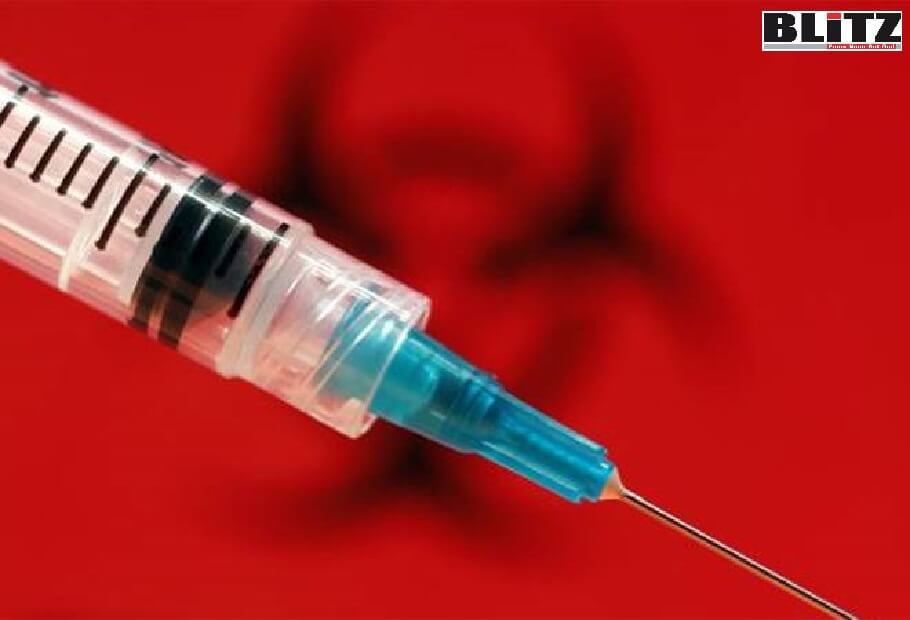 Herpes zoster reactivation — a.k.a. shingles — following COVID-19 vaccination in six patients with comorbid autoimmune/inflammatory diseases may be a new adverse event associated with the Pfizer-BioNTech vaccine, suggested a new report.

At two centers in Israel, there have been six cases of herpes zoster developing shortly after administration of the Pfizer vaccine in patients with disorders such as rheumatoid arthritis since December 2020, according to Victoria Furer, MD, of Tel Aviv University, and colleagues.

Little has been known about the safety and efficacy of the COVID-19 vaccines among patients with rheumatic diseases, because immunosuppressed individuals were not included in the initial clinical trials, they explained.

Accordingly, an observational study has been conducted at the Tel Aviv Medical Center and the Carmel Medical Center in Haifa, monitoring post-vaccination adverse events in patients with rheumatoid arthritis, spondyloarthropathies, connective tissue diseases, vasculitis, and myositis. This interim analysis included 491 patients and 99 controls, with events reported during the 6-week post-vaccination monitoring period. The prevalence among patients was 1.2% versus none in controls, Furer and colleagues reported in Rheumatology.

Case 1 was a 44-year-old woman with Sjogren’s syndrome who was being treated with hydroxychloroquine. She had a history of varicella and had not received a shingles vaccine. Three days after the first dose of the vaccine, she developed a vesicular skin rash with pruritus, along with low back pain and headache. The symptoms resolved spontaneously within the subsequent 3 weeks without treatment, and she was given the second dose 4 weeks after the first.

Case 2 was a 56-year-old woman with a long history of seropositive rheumatoid arthritis who had received a variety of biologics and had achieved low disease activity with tofacitinib (Xeljanz) beginning in 2014. She had a history of varicella and had not been given the shingles vaccine.

After the first dose of the vaccine, she reported malaise and headache, and 4 days after the shot she developed severe pain in the left eye and forehead, along with a rash along the distribution of the ophthalmic division of the V cranial nerve — herpes zoster ophthalmicus. Ocular examination revealed hyperemic conjunctivitis sparing the cornea. She was given a 2-week course of acyclovir and analgesics, and symptoms gradually cleared by 6 weeks. Tofacitinib was withdrawn for 2 weeks, but she did not experience an arthritis flare. She declined the second dose.

Case 3 was a 59-year-old woman with seropositive rheumatoid arthritis who had not responded to several biologic therapies and baricitinib (Olumiant), but 6 months earlier she initiated treatment with upadacitinib (Rinvoq) plus prednisone 5 mg/day and had a partial response. She had a history of varicella and had been given the live attenuated zoster vaccine in 2019.

Two days after receiving the second dose of the COVID vaccine, she reported pain and had a vesicular skin rash on the lower abdomen, inguinal area, buttock, and thigh, and was given valacyclovir. The antiviral was given for 3 days but was discontinued because of adverse effects, and the skin lesions healed slowly over a course of 6 weeks.

The upadacitinib had been discontinued with the zoster eruption and she experienced a severe rheumatoid arthritis disease flare affecting multiple joints, and her arthritis treatment was subsequently switched to etanercept (Enbrel).

Case 4 was a 36-year-old woman with a long history of seropositive rheumatoid arthritis plus interstitial lung disease. For the previous 2 years she had been treated with rituximab (Rituxan), mycophenolate mofetil (CellCept), and prednisone in doses of 7 mg/day. She had a history of varicella and had not been given the shingles vaccine.

Ten days after receiving the first COVID-19 vaccine dose, she reported pain and a vesicular rash on the abdomen and back along the T10 dermatome, and was given acyclovir for 7 days. The rash resolved within 6 weeks, and she was given the second vaccine dose 4 weeks after the first. She had no further adverse effects to the vaccine and did not experience a rheumatic disease flare.

Case 5 was a 38-year-old woman with undifferentiated connective tissue disease and antiphospholipid syndrome who was being treated with aspirin and hydroxychloroquine. She had prior varicella exposure and had not received the shingles vaccine.

Two weeks after receiving the first dose of the COVID-19 vaccine, she developed an itchy vesicular rash on the right breast, and was given a week’s course of acyclovir. Her zoster symptoms resolved within 3 weeks and she received the second vaccine dose on schedule with no further side effects or disease flare.

Case 6 was a 61-year-old woman with a long history of seropositive rheumatoid arthritis, who was being treated with tocilizumab (Actemra) and prednisone 5 mg/day at the time of the first dose of the vaccine. Two weeks later, a rash appeared along the T6 dermatome, and she was given valacyclovir for a week, which resulted in resolution of zoster symptoms within 10 days.

However, she did report a mild flare of arthritis and the prednisone dose was increased to 7.5 mg/day. The second dose was given uneventfully as scheduled.

Furer and colleagues noted that there had been no reports of herpes zoster in the clinical trials of the mRNA COVID-19 vaccines, and that, to their knowledge, this is the first case series of these events among patients with autoimmune/inflammatory diseases.

The pattern of disease was relatively mild, with no patients experiencing disseminated disease or post-herpetic neuralgia. It was notable, the researchers pointed out, that one case was in a patient who had received the shingles vaccine 2 years before the COVID-19 vaccination.

“Cell-mediated immunity plays an important role in the prevention of varicella zoster virus reactivation. Declining cell-mediated immunity with age or disease is associated with a reduction in varicella zoster virus-specific T cells, disrupting immune surveillance and increasing the risk of reactivation, with age being the major risk factor for 90% of cases of herpes zoster,” the researchers wrote. Nonetheless, these cases were among relatively young women, whose mean age was 49 and whose rheumatic disease was mild or stable.

Other factors are also likely to have been involved. For instance, the risk of herpes zoster in the rheumatic disease population is higher than healthy individuals, with a pooled incidence rate ratio of 2.9 (95% CI 2.4-3.3). In addition, the risk among patients with rheumatoid arthritis specifically has been estimated to be twofold higher than in the general population.

Further raising risk are increased levels of disease activity and high doses of prednisone. Moreover, double the risk of herpes zoster has been reported for patients being treated with JAK inhibitors such as tofacitinib, as was the case with two patients in this series.

COVID-19 infection itself has been linked with varicella-like rashes, suggesting that the infection can interfere with the activation and function of CD4+ and CD8+ cells, which can influence immunity against viruses.

“Potential mechanisms that might explain the pathogenetic link between mRNA-COVID-19 vaccination and herpes zoster reactivation are related to stimulation of innate immunity through toll-like receptors,” the researchers wrote.

They also noted that the vaccine can stimulate type I interferons and cytokines that can interfere with antigen expression.

A limitation of this analysis was that the diagnosis of herpes zoster was made solely on clinical grounds. Also, with only a small number of cases, causality cannot be assumed.

This article is republished from Medpage Today