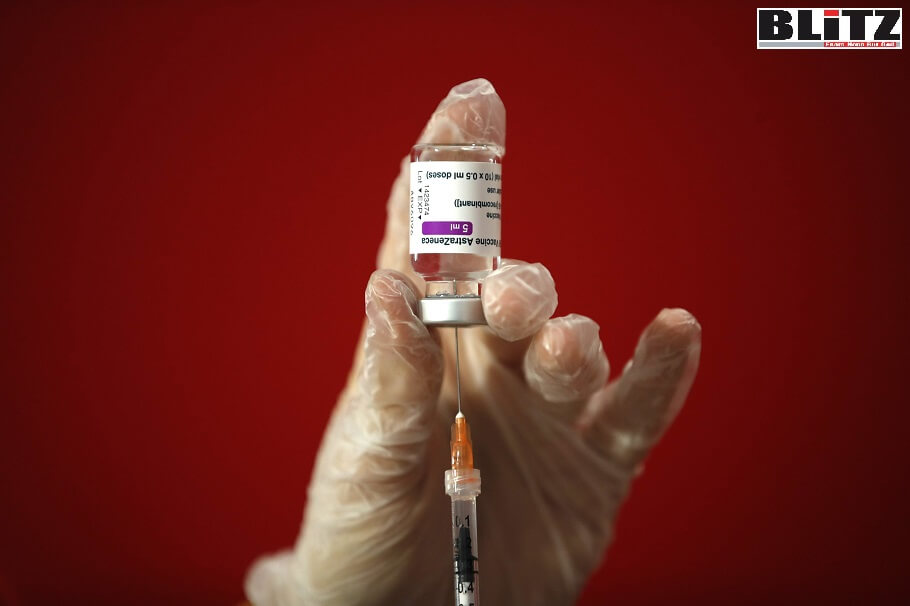 While the EU touted its latest milestone in its vaccine rollout earlier this week, leading public health officials in Denmark decided to ban the AstraZeneca-Oxford COVID-19 jab over the risks of rare but sometimes fatal cerebral blood clots. And in the latest sign that the Nordic nations are fixing to block the AstraZeneca jabs, as leading public health experts in Norway officially recommended that their government implement a similar ban.

In a press release published Thursday, the agency announced that after examining the risks of the jab in concert with other government experts, they had determined that the continued use of the AstraZeneca jab – which, like the J&J jab, is based on the adenovirus platform – wouldn’t be appropriate.

“Based on this knowledge, we have arrived at a recommendation that the AstraZeneca vaccine be removed from the coronavirus vaccination program in Norway,” Geir Bukholm, director of infection control at the National Institute of Public Health, said in the statement.

In explaining its decision, the institute argued that Norway had already succeeded in vaccinating the elderly and those patients most at risk from the virus. Now, the only patients left to be vaccinated are those who are younger and less at risk from the virus – but who are, coincidentally, also most at risk of experiencing one of the deadly thrombotic events linked to the AstraZeneca vaccine.

Those who have already received their first dose of the Anglo-Swedish jab will get a second shot from another vaccine manufacturer, the body stated. Also on Thursday, Health Minister Bent Hoeie said the government would not be drawn into a decision yet.

“The government believes that we do not have a good enough basis for drawing a final conclusion that the AstraZeneca vaccine should be removed from the Norwegian vaccination program at this point,” Hoeie told a news conference.

Should Norway’s government accept the recommendation, Norway would become the second nation after Denmark to stop using the AstraZeneca jab as part of the country’s COVID immunization program. Many countries have limited its use given the apparent, but very rare, risk of thrombotic events post-vaccination.

-There is now significantly more knowledge about the connection between the AstraZeneca vaccine and the rare and serious incidents of low platelets, blood clots and bleeding, than when Norway chose to put further use of the AstraZeneca vaccine on pause in March, says Geir Bukholm , director of infection control at National Institute of Public Health.

-Based on this knowledge, we have arrived at a recommendation that the AstraZeneca vaccine be removed from the coronary vaccination program in Norway , says Bukholm.

Bukholm points out that it has not been an easy recommendation. The recommendation has a direct consequence for when the risk groups can receive coronary vaccine and thus protection, and at the same time it has an impact on when it is possible to implement mitigation of infection control measures.

Norway has come a long way in vaccinating the elderly, and we have thereby reduced the risk of death in many of the most vulnerable. Since the oldest have largely been vaccinated or will be vaccinated in the near future, this means that continued use of the vaccine would mainly be relevant for age groups under 65 if we were to use this vaccine in Norway.

Since there are few who die of Covid-19 in Norway so will risk one for dying by vaccinated with AstraZeneca vaccine be greater than risk one of dying from the disease , particularly among young people, says Bukholm.

In addition, a reason to assume that there is skepticism about using AstraZeneca vaccine in Norway , and it is uncertain hv or many who would have accepted an offer of this vaccine now.

Those who have received the AstraZeneca first dose

Those who have received the first dose of the AstraZeneca vaccine will be offered another corona vaccine as dose 2.

-We will return with specific information about when and how those who have received the first dose will receive the second dose. One dose provides good protection against Covid-19 for at least 12 weeks , says Bukholm.

The European Medicines Agency (EMA) announced on April 9 that they have started a so-called signaling procedure for COVID-19 Vaccine Janssen to investigate whether there is a connection between the vaccine and a few reported cases of severe blood clots among vaccinated people. Janssen has also announced a break in extradition to Europe in connection with the FDA (US Drug Administration) and CDC (US Institute of Infectious Disease Control) recommending a temporary break in the use of Janssen’s vaccine due to reports of several cases of severe blood clots following vaccination in the United States.

-Use of the Janssen vaccine in Norway is awaited until more information is available from the ongoing investigations, says Bukholm

The National Institute of Public Health estimates that the absence of the AstraZeneca vaccine in the vaccination program will entail a delay of approximately two weeks.

Here is the link to the full text of the press release.