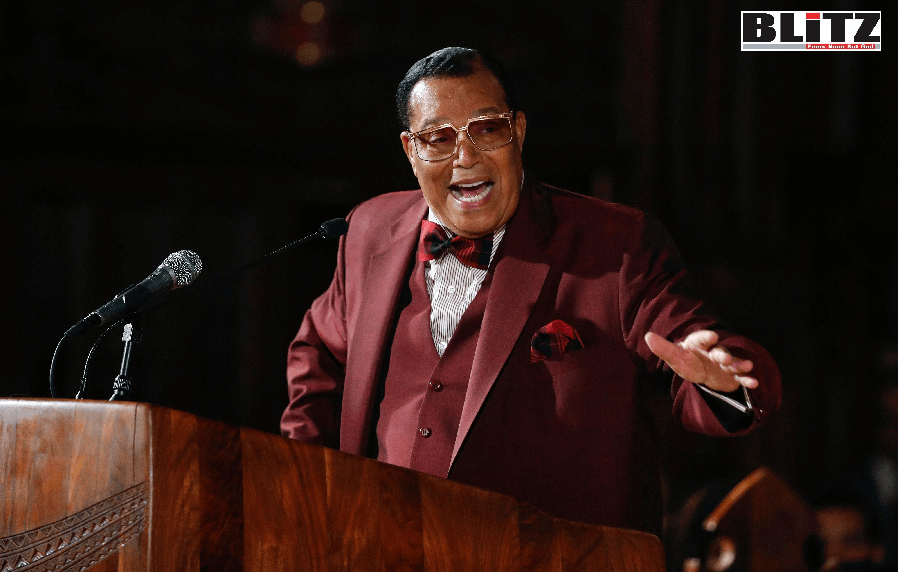 Louis Farrakhan, the leader of the Nation of Islam, called the coronavirus shot a “vial of death” at an event held this weekend, and falsely claimed that the vaccine has killed people, writes Chuck Ross

Louis Farrakhan, the influential leader of the Nation of Islam, continued his crusade against the coronavirus vaccines over the weekend, calling the vaccine a “vial of death” during remarks at the extremist group’s convention, where other speakers falsely claimed that the vaccines have caused more than 900 deaths.

Videos of the convention, which was held for the Nation of Islam’s annual Saviours’ Day, are posted on the group’s Twitter, Facebook and YouTube pages, despite the social media companies’ policies against vaccine-related misinformation.

“By rushing so fast to get something out, bypassing normal steps in a true vaccine, now God is going to turn your vaccine into death in a hurry,” Farrakhan said at the end of a plenary session held on Saturday.

“It is death itself, created by what you call ‘Warp Speed,’” Farrakhan also said, referring to the U.S. government’s project, Operation Warp Speed, to develop a vaccine for the virus.

Farrakhan also took aim at Dr. Anthony Fauci, the U.S. government’s top epidemiologist, saying that he has sought to make money on the vaccine, which he referred to as a “vial of death.”

Farrakhan, 87, falsely accused Fauci last year of plotting with Bill Gates to use a coronavirus vaccine to “depopulate the Earth.”

“They’re making money now, plotting to give seven billion, five-hundred million people a vaccination. Dr. Fauci, Bill Gates and Melinda — you want to depopulate the Earth,” Farrakhan said at a July 4 event for Nation of Islam.

Farrakhan’s latest anti-vaccine remarks came at the end of a Saviours’ Day program titled “Covid-19: The Virus and the Vaccine.”

The opening speaker for the event, Nation of Islam minister Ava Muhammad, suggested that the U.S. government uses vaccines — including those developed to prevent coronavirus — for population control.

She also cited statistics from a prominent anti-vaccination conspiracy group that claimed the current vaccines have caused hundreds of deaths and serious injuries.

“The overarching goal is to cull the population of our planet by 2-3 billion,” said Muhammad.

“Why?” she asked rhetorically.

“Because white people see their numbers going down, and the numbers of indigenous people, black, red and brown, going up,” she continued. “In this climate, what can we expect from a vaccine unlike anything previously made?”

Muhammad also made the dubious claim that a government database called the Vaccine Adverse Event Reporting System has reported 929 deaths and 3,126 serious injuries from the vaccine.

“Fifty-eight percent of the deaths with the Pfizer vaccine; 41% from the Moderna vaccine,” Muhammed said, referring to two vaccines approved for use in the U.S.

Contrary to Muhammad and Farrakhan’s claims, the coronavirus vaccines have proved highly effective at preventing coronavirus infections and deaths. The government has not reported any fatalities attributed to the vaccines.

Robert Kennedy Jr., the nephew of President John Kennedy, founded the Children’s Health Defense. The Nation of Islam has worked closely with Kennedy in recent years on anti-vaccine activism.

“You need to follow Robert Kennedy,” Farrakhan said in his remarks.

During a speech on Sunday, Tony Muhammad, who runs Nation of Islam’s operations in Los Angeles, touted his work with Kennedy. The plenary session included portions of a documentary from Kennedy’s group pushing the unfounded claim that vaccines are linked to autism.

Nation of Islam published videos from its program on Facebook, Twitter and Youtube, all of which have enacted policies aimed at blocking misinformation about coronavirus and the vaccines.

Twitter announced Monday that it is implementing a system that tracks vaccine misinformation and will flag content that claims that COVID-19 vaccines are “part of a deliberate or intentional attempt to cause harm or control populations.”

Facebook announced Feb. 8 that it would be removing posts that contain several categories of false claims about coronavirus or the vaccines. The social media giant said it will remove posts claiming that vaccines are not effective against preventing the virus, that it would be safer to get the virus than the vaccine, and that “vaccines are toxic, dangerous or cause autism.”

While Farrakhan is considered by many to be an extremist because of his history of anti-semitic and anti-white remarks, he still wields influence in the black community, having cultivated relationships with numerous athlets, musicians, celebrities and politicians.

It is unclear how influential his vaccine criticism has been, but health officials have expressed concern over high rates of vaccine skepticism among black Americans.

Jerome Adams, the surgeon general under President Donald Trump, acknowledged at an event on Jan. 14 that there were “real historical reasons for concern” with vaccines in the black community.

Adams noted that a history of medical experimentation on black Americans, as well as the infamous Tuskegee studies, have fueled skepticism in the community with vaccination and the medical industry in general.

In his Saviours’ Day speech, Farrakhan criticized black celebrities who have taken part in public awareness campaigns for the vaccine, saying that they are “being bought and paid for” in order to aid the “destruction of your people.”

“Some of you are being used and don’t know it,” he said.

“Your fame, your celebrity, your influence, your money — now you’re being bought and paid for for the destruction of your people,” Farrakhan continued.” This is another form of the great betrayal.”