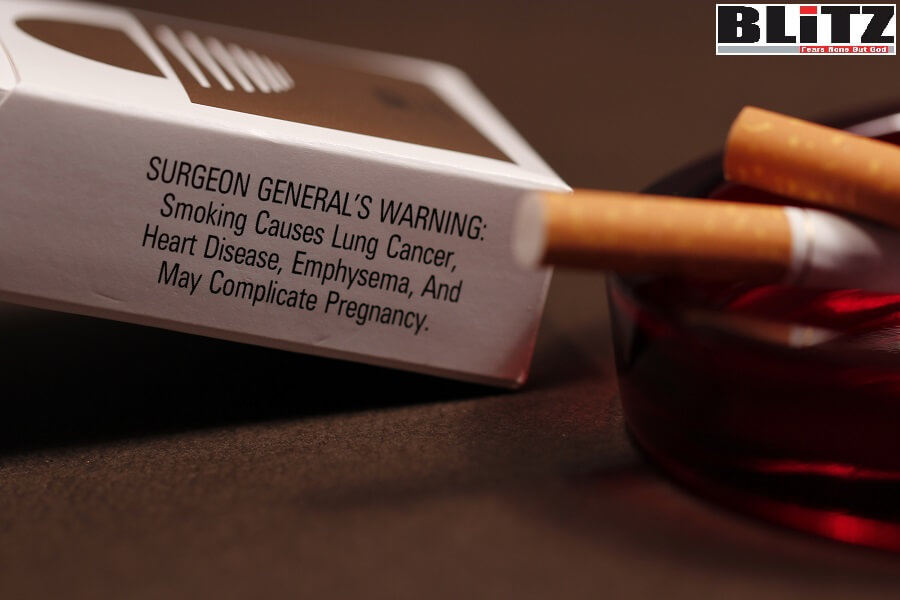 With over 8 million deaths due to tobacco every year, and tobacco use also thwarting efforts of governments to progress on sustainable development, it is high time to priorities tobacco control – even more so during a public health emergency like Covid-19 pandemic. Writes Bobby Ramakant

Myanmar has adopted standardized packaging (or plain packaging) of all tobacco products. Plain packaging is among the scientifically-backed tobacco control measures which are also enshrined in the global tobacco treaty (formally called the World Health Organization Framework Convention on Tobacco Control or WHO FCTC). Over 180 countries will meet next month at the Conference of the Parties to the WHO FCTC.

“21 countries are at different stages of implementing plain packaging of tobacco products in the world. Myanmar’s leadership on tobacco control should spur and catalyse many more nations to follow suit on adoption of plain packaging” hopes Dr Tara Singh Bam, Asia Pacific Director of the International Union Against Tuberculosis and Lung Disease (The Union) and Board Director of Asia Pacific Cities Alliance for Health and Development (APCAT) in Singapore. Australia, France, England, New Zealand, Norway, Ireland, Thailand, Uruguay, Saudi Arabia, Slovenia, Turkey, Israel, Canada, Singapore, Belgium, Netherlands, Hungary and now Myanmar are some of those nations where plain packaging implementation is at different levels.

Why plain packaging of tobacco products?

As tobacco advertising, promotion and sponsorship is getting banned in more countries than ever before worldwide, the tobacco industry is more heavily dependent on utilising the tobacco packs to reach out to its existing and potential “new customers” (read “children and young people” as majority of tobacco use begins before the age of 18). Even if tobacco advertising, promotion and marketing is banned, the industry connives to dupe, deceive and lure our children and young people by packaging its deadly-disease-causing products in such a cunning way (which also distracts attention from health warnings). Existing users carry tobacco products with them so unknowingly become mobile displays for tobacco industry.

That is why plain packaging yields strong public health gains. Plain packaging rips apart the packs from marketing and promotion content of the tobacco industry, leaving behind strong health warnings which become more prominently visible. “Tobacco packaging is a mobile billboard promoting consumption of tobacco products. With the advertising of tobacco increasingly banned in more and more forms throughout the world, the pack has fast become the most important promotional vehicle for reaching potential and current smokers. Plain packaging strips away the decoration, gloss and misleading elements of tobacco packaging” said Dr Tara Singh Bam.

Plain packaging and larger pictorial health warnings help reveal the grim reality of tobacco products. Plain packaging comprises measures to restrict or prohibit the use of logos, colours, brand images or promotional information on packaging other than brand names and product names displayed in a standard colour and font style. It aims to:

Countries where plain packaging has been implemented (despite and inspite of tobacco industry trying all its might to derail it), enormous public health gains have been yielded. For example, Australia was the First Nation to enforce plain packaging of tobacco products in 2012 despite all out effort by tobacco industry to dissuade it from doing so. Tobacco use among adults in Australia in 2012 was around 16% which has come down to 11% by 2019. Likewise, in age-group 15-24 years, tobacco use also came down between 2012 and 2019 from around 12% to 6%.

Dr Kyaw Kan Kaung, Deputy Director General (non-communicable diseases), Ministry of Health of Myanmar said that “It is  our great pleasure to adopt the standardized packaging in Myanmar. This is a significant milestone of Myanmar’s tobacco control journey. As smoking is a major risk factor for non-communicable diseases (NCDs), this will also contribute majorly towards reducing NCDs. NCDs are a major cause of mortality and morbidity in Myanmar. We also would like to thank The Union and all our partners for their great efforts and contribution towards this achievement.”

Dr Kaung shared almost two decades long journey of Myanmar in strengthening tobacco control. Over 17% of all deaths in the country are because of tobacco use. While Myanmar was progressing towards adoption of plain packaging, it is important to note that the nation also had adopted the code of conduct to check tobacco industry interference in public health policy. Myanmar along with over 180 nations worldwide are also obligated to implement Article 5.3 of the global tobacco treaty to firewall health policy making from all forms of tobacco industry interference.

Dr Kaung said that plain packaging (standardised packaging) was a key recommendation of a multi-sectoral workshop on development of National Tobacco Control Policy, Strategy and Legislation in November 2019. Many important ministries from Myanmar, WHO FCTC (global tobacco treaty) secretariat and other experts had participated in this meet.

Dr Kaung informed that Myanmar’s standardised packaging policy requires pictorial health warnings to occupy 75% of front, back, sides and top of the packaging of all forms of tobacco (such as, cigarettes, cheroots, cigars, and other smokeless tobacco products). The packaging must be in a standard specified colour and only contain information and the prescribed health warnings in a standard font. Flavourings are also prohibited. The tobacco industry has 180 days to comply with the new rules from the date of adoption (12th October 2021).

Dr Kaung added that tobacco use siphoned Myanmar Kyat (MMK) 2.62 Trillion from the national economy in 2016, which is equivalent to 3.3% of Myanmar’s Gross Domestic Product. Strong evidence exists now that tobacco use causes an economic loss of US$ 1.4 Trillion every year to global economy. With over 8 million deaths due to tobacco every year, and tobacco use also thwarting efforts of governments to progress on sustainable development, it is high time to priorities tobacco control – even more so during a public health emergency like Covid-19 pandemic.

Like Loading...
Recommended for you:
Continue Reading
Advertisement
You may also like...
Related Topics:FCTC, International Union Against Tuberculosis and Lung Disease, WHO, World Health Organization Framework Convention on Tobacco Control