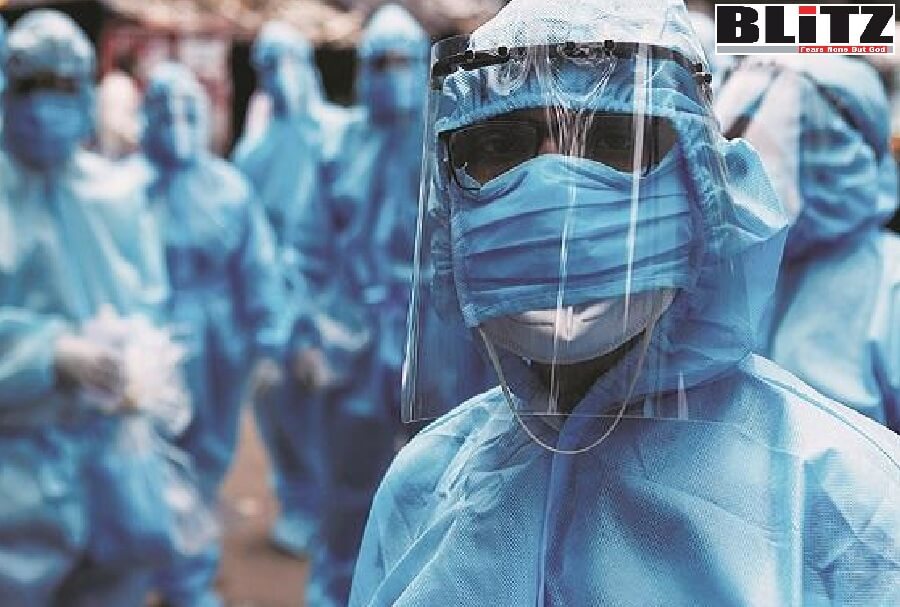 Possibly our worst fears came true and we witnessed the horrendous impact of the pandemic. One silver lining in dark Covid cloud is the hard-taught lesson to value the medicines we have, which try to cure and heal us from range of illnesses. Writes Bobby Ramakant

One year and 10 months ago when first case of corona virus was reported in Wuhan, China, entire world was terrified because no one knew if we have any medicine that will work against it. Possibly our worst fears came true and we witnessed the horrendous impact of the pandemic. One silver lining in dark Covid cloud is the hard-taught lesson to value the medicines we have, which try to cure and heal us from range of illnesses. We cannot afford to lose these lifesaving medicines. One major threat because of which medicines stop working against bugs that make us ill is Antimicrobial Resistance (AMR).

AMR in tuberculosis (TB) and HIV has long been referred to as drug resistance. “TB and HIV drug resistance threatens the effective prevention and treatment. When drug resistance develops, the TB bacteria and AIDS virus change so that they no longer respond to medicines, making infections harder to treat, more expensive to treat, and increasing the risk of disease spread, severe illness and death” said Dr Ishwar Gilada, President of ASI (AIDS Society of India), who is credited to be among the first Indian doctors to begin medical management of HIV when first case got diagnosed in the country.

Combating drug resistance is a more compelling priority than ever before

Dr Gilada added: “We cannot afford to lose lifesaving medicines for TB and HIV at this critical juncture when all countries in the world have committed to end AIDS and TB by 2030 (only 110 months left to meet the goal). India stands firm to end TB by 2025 (only 50 months are left). Combating drug resistance is a more compelling priority than ever before.”

Covid pandemic forced an unprecedented global public health emergency, and measures taken to curb the corona virus jeopardized essential and critical public health services. TB and HIV services were no different as they too got impacted the most where they were needed most (in high burden nations and settings).

“Covid-19 pandemic has been grossly responsible for exacerbating neglect of several other diseases that were already impacting our populations in epidemic proportions, thus caused a terrible collateral damage. As the pandemic is receding, we are duty bound to focus on other pressing health challenges. TB and HIV care is among those health priorities that slipped off the radar since the beginning of the Covid pandemic. A recent study estimated additional 20% rise in TB deaths and 10% rise in HIV deaths in five years in the country due to Covid pandemic. It is high time to not lose the major advances India has made in fighting both: TB and HIV, and accelerate progress towards ending AIDS and TB both as committed by the government of India. Alarming levels of drug resistance has been puncturing both TB and HIV responses globally” emphasized Dr Ishwar Gilada, who is also the Secretary General of Organized Medicine Academic Guild (OMAG).

Dr Ameet Dravid, a noted expert on HIV and infectious diseases from Ruby Hall Clinic and Poona Hospital said that as per latest WHO Global TB Report, in India, almost half a million (4.45 lakhs) TB deaths occurred in 2019, which includes 9,500 deaths among people with HIV. 71,000 people living with HIV fell ill with TB in the country in 2019 out of which 44517 people were notified and were on lifesaving antiretroviral treatment. In 2019, 124,000 in India were estimated to have drug-resistant TB out of which only 56,569 were put on possible treatment. Dr Ameet Dravid emphasized the importance of scientific evidence-based recommendation of dose reduction of a potentially toxic drug, Linezolid, from 1200mg per day to 600 mg daily while treating MDR-TB.

Dr Ishwar Gilada who has led People’s Health Organization for more than three decades and is among the longest serving HIV medical experts in India, is deeply pained to see that TB continues to be the commonest and deadliest of the opportunistic infections for people living with HIV even today – this is not acceptable as we know how to prevent infection spread, reduce risk of latent TB converting into active disease, and also know how to accurately diagnose and treat TB. Preventing TB especially among those at high risk is an imperative for public health.

Dr Gilada said that every case of active TB disease (as well as primary drug resistant TB) comes from latent TB pool in our population. But only 45% of newly diagnosed people living with HIV were put on preventive TB therapy in 2019 in India. We have to multiply our efforts to break the chain of TB transmission as well as reduce risk for those with latent TB to progress to active disease as far as possible if we are to end TB by 2025.