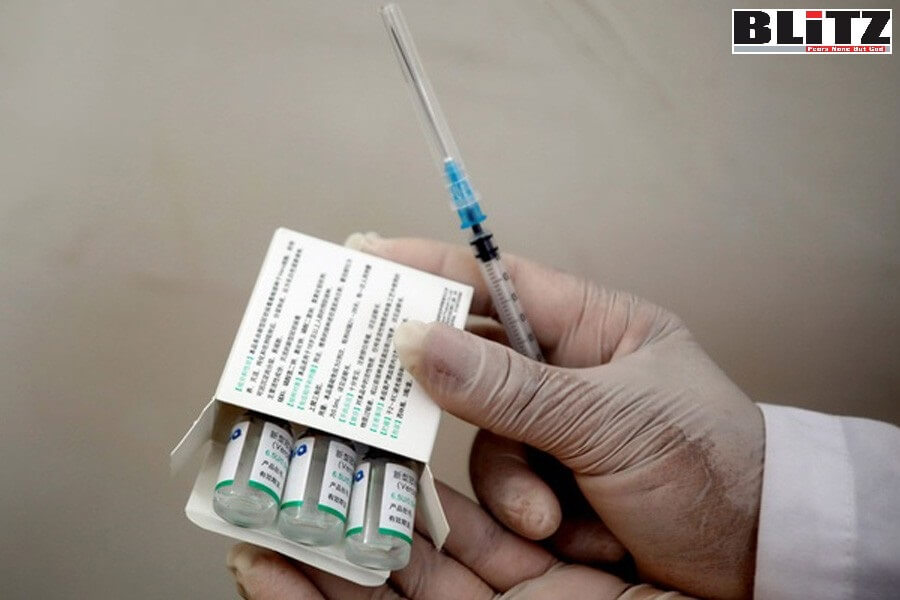 Israel is amongst the first few nations that has already achieved herd immune against COVID, mostly because of timely and extremely effective measures taken by its government. But, Palestinians in Gaza and West Bank are still suffering from the pandemic as neither the terrorists reigning Gaza or corrupt leaders in the West Bank could show their capabilities in managing vaccines. While the Gaza and West Bank leaders have succeeded in spreading propaganda against Israel and even in falsely branding the recent Hamas-Israel confrontation as confrontation between Palestinians and Israel, they could not show similar success in getting vaccines for the Palestinians. Meanwhile, from the outset of the pandemic, Israel has been hammered by the international community for supplying vaccines to the Palestinians. In this case, wealthy nations such as Qatar and Turkey or terror-patron nations like Iran, which are spending hundreds of millions of dollars every year in helping Hamas terrorists in particular in continuing terrorist acts against Israel, did not make any efforts in helping Palestinians with the required volume of vaccines.

Palestinian leaders, both in Gaza and West Bank have miserably failed in putting special emphasis on saving lives of the people by arranging COVID vaccines from various sources. Instead, Hamas in Gaza is spending millions of dollars towards manufacturing rockets and other types of explosives with the nefarious agenda of attacking and terrorizing Israelis. None of those Muslim nations, which are madly expressing solidarity with Hamas and Palestinians even did nothing in helping them with the vaccines.

Meanwhile, the United Nations-related COVAX program would provide vaccines to the Palestinians only by the end of this year, while this can only vaccinate 40 percent of the Palestinians, who are badly in need of vaccine.

Meanwhile, Israel shipped one million doses of COVID vaccines to Palestinian Authority, although it has rejected the consignment stating the vaccines were expiring soon.

But experts said, such rejection was again a part of nasty trick of the Palestinian Authority, while it also proves their inability in mobilizing required manpower in vaccinating the people. It said, while getting vaccine has become a major issue to most of the countries in the world, Palestinian Authorities latest bids clearly prove – they really do not care about the lives of the people.

Palestinian Health Minister Mai Al-Kaila, commenting on the vaccine consignment said: “The decision to return the vaccines we received from Israel was made after our professional teams discovered that the vaccines did not meet our standards”.

Meanwhile, there is rumor about Hamas leadership’s intention of secretly selling the vaccines to a third country, possibly to Iran, in exchange for hefty amount of cash. Even a section of Hamas leadership is reportedly contacting Iranian black-market offering each shot of vaccine for US$ 200, while in Iran, vaccines are sold in the black market for US$ 1,800~2,500.

But Israel seems to be committed in helping Palestinians with the much-required vaccination. Foreign Minister Yair Lapid hinted that the move was only a first step. He tweeted, “we will continue to find effective ways to cooperate for the benefit of people in the region”.

The exchange serves as a reminder that the Health Ministry is now under Meretz leader Nitzan Horowitz, who has spent his career fighting for justice and human rights.

Former Health minister Yuli Edelstein stressed to Al-Kaila the importance of the move, which will reduce morbidity in the PA, without harming Israel’s vaccine inventory.

“The coronavirus does not recognize borders and does not differentiate between people,” Horowitz told his counterpart. “This important move is in the interest of all parties. I hope and believe that this move will promote cooperation between Israel and its Palestinian neighbors in other areas as well”.

The move should have helped calm the fires of international human rights groups that have accused Israel of skirting its moral and legal obligations to the Palestinians, including Amnesty International accusing Israel of “institutionalized discrimination”.

Finally, it would have helped keep Israelis safe.

To date, only 383,984 Palestinians have been vaccinated in the West Bank and 52,291 in Gaza have received at least one dose, based on data from the World Health Organization.

The Palestinian population in Gaza and the West Bank numbers some 4.8 million people, of whom around 36 percent are less than 14 years old, according to the CIA’s World Fact Book.

To date, Israel has vaccinated several thousand Palestinian healthcare workers and around 100,000 citizens who work inside Israel.

Inoculating the Palestinians would help prevent cross-border infection, including new mutations, and help ensure public health because of the high-level of interaction between the two populations.

Israeli health officials have long argued that not only from a public health perspective but also from a humanitarian perspective, Israel should have planned to inoculate the Palestinians.

The failure to do so was seen by the liberal Diaspora community, as well as those on the Center-Left of the Israeli political map, as an avoidable public relations catastrophe that provided anti-Israel forces with additional leverage by which to attack the Jewish state.

According to the Jerusalem Post, given the challenges that issues of peace and security are expected to give the new coalition, transferring vaccines to the PA would provide a small window of hope that the relationship with the Palestinians could be on a new course.