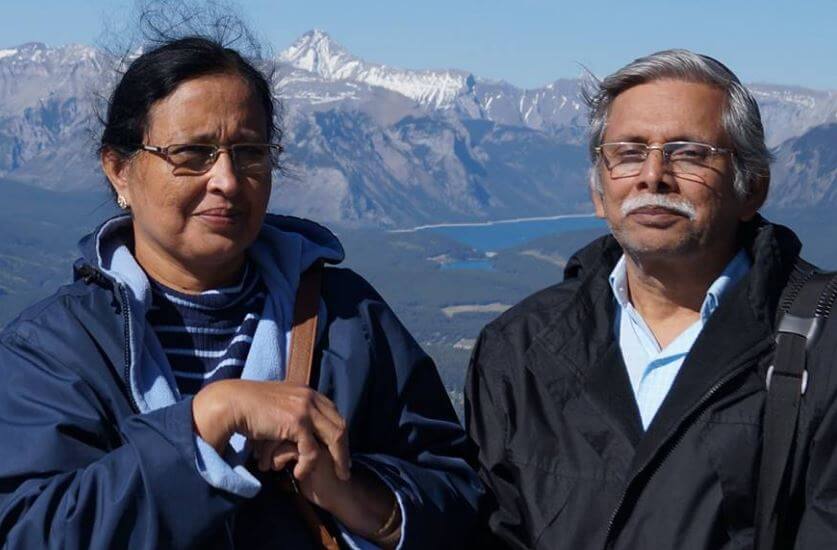 Daniel Paul K, a Christian by faith is a retired banker from India. Recently he has written a book named ‘Israel is the Messiah’, which is available on amazon.com. In this book, he has clearly denounced his own religion – Christianity thus claiming this religion to be “man-made”. He also claims – Jesus was a Jew. Although he has no proven record of his authority on religion and history, by writing this book, he clearly has traded into a dangerous territory – denial of the largest religion on the earth.

According to an article on BBC, “One of the certain facts about Jesus was that he was a Jew. He was a child of Jewish parents, brought up in a Jewish home and reared among Jewish traditions. Throughout his life, Jesus lived among Jews and his followers were Jews.”

It further said, “Jesus and his family would have been observant of Torah, paid tithes, kept the Sabbath, circumcised their males, attended synagogue, observed purity laws in relation to childbirth and menstruation, kept the dietary code – one could go on. While the Gospels record disputes about Jesus’ interpretation of a few of these, the notion of a Christian Jesus, who did not live by Torah or only by its ethical values, does not fit historical reality.”

According to the Wikipedia, “Jesus was a Galilean Jew who was baptized by John the Baptist and subsequently began his own ministry, preaching his message orally and often being referred to as “rabbi.” Jesus debated with fellow Jews on how to best follow God, engaged in healings, taught in parables and gathered followers.”

Another document says, “Yes, Jesus was born Jewish. By the time that he was executed by the Romans, however, many Jewish people would have considered Jesus as guilty of blasphemy because of certain actions and his teachings about God as Father, Son and Holy Spirit.”

According to My Jewish Learning, “While many people now regard Jesus as the founder of Christianity, it is important to note that he did not intend to establish a new religion, at least according to the earliest sources, and he never used the term “Christian.” He was born and lived as a Jew, and his earliest followers were Jews as well. Christianity emerged as a separate religion only in the centuries after Jesus’ death.”

Harold W. Attridge, Professor of New Testament, Yale Divinity School said, “Jesus was certainly subject to the influence of the traditions of Israel, there’s no doubt about that. But in what form those traditions came to him in Galilee at the beginning of the first century is somewhat unclear. He certainly would have known of the Temple in Jerusalem, and probably, as traditions report…, would have gone up to Jerusalem for the major pilgrimage festivals. He would have known of the rituals of the Temple, their atoning ignificance. He would have celebrated Passover, I suspect, with his family, and would have known of the hopes embedded in Passover for divine deliverance. He probably was aware of the growing Pharisaic movement which preached a notion of purity that was available to all Jews, not simply those who were officiating at the Temple cult. He certainly would have known Jewish scripture…. And we can see in some of his parables how he plays on images from scripture. For instance, the great Cedar of Lebanon from Ezekial probably plays a role in his description of the mustard seed, which becomes a tree, and there’s probably an element of parody there.”

Shaye I.D. Cohen, Professor of Judaic Studies and Professor of Religious Studies Brown University said, “Of course, Jesus was a Jew. He was born of a Jewish mother, in Galilee, a Jewish part of the world. All of his friends, associates, colleagues, disciples, all of them were Jews. He regularly worshipped in Jewish communal worship, what we call synagogues. He preached from Jewish text, from the Bible. He celebrated the Jewish festivals. He went on pilgrimage to the Jewish Temple in Jerusalem where he was under the authority of priests…. He lived, was born, lived, died, taught as a Jew. This is obvious to any casual reader of the gospel text. What’s striking is not so much that he was a Jew but that the gospels make no pretense that he wasn’t. The gospels have no sense yet that Jesus was anything other than a Jew. The gospels don’t even have a sense that he came to found a new religion, an idea completely foreign to all the gospel text, and completely foreign to Paul. That is an idea which comes about only later. So, to say that he was a Jew is saying a truism, is simply stating an idea that is so obvious on the face of it, one wonders it even needs to be said. But, of course, it does need to be said because we all know what happens later in the story, where it turns out that Christianity becomes something other than Judaism and as a result, Jesus in retrospect is seen not as a Jew, but as something else, as a founder of Christianity. But, of course, he was a Jew.”

On premier.org.uk Steve Maltz wrote “Picture the scene. It’s two thousand years ago, in a small village called Nazareth, in the Galilee region of what is now the Land of Israel. You see a little boy playing in the backyard among the wood piles and shavings. His father, Yosef, is in the workshop next to the yard and his mother, Miriam, is busy cooking. His name is Yeshua ben Yosef. You know him better as Jesus, son of Joseph.

“…..Yeshua (Jesus) was a nice Jewish boy, who any mother would be proud of. He was born in Bethlehem, as the Christmas cards show us, in very humble surroundings. After birth he had been circumcised and consecrated at the Temple and, by all accounts, had the typical childhood of one from a poor family in a Galileean village. And how do we know they were poor? “No room at the inn” was certainly a clue but the clincher was the “pair of doves or two young pigeons” that they sacrificed to the Lord after the birth. This was the pidyon ha-Ben, the redemption of a boy. It’s an acknowledgement that every first-born boy belongs to God and all parents must “buy him back” by making a sacrifice. This rule dated right back to the time of Moses, when the first-born boys of the Israelites were spared from the Angel of Death on Passover night. Joseph and Mary were too poor to offer a lamb sacrifice and so were permitted to offer up the birds as a cheaper alternative.”

William Loader in an article, Jesus the Jew has given his own explanation on this issue.

And now we bring Daniel Paul here. We asked Daniel Paul, why he has written this book. In reply he said, “Many critics say, Jesus never really existed. They say the character Jesus was created from myths. Others say, Jesus came to India in his teens and studied Buddhism. That is why his messages contain philosophy of Buddha.

“It is also said that, Jesus was a in fact Jew and proclaimed himself to be the Messiah. There even is argument on the death of Jesus. Some people say,

What Daniel Paul K said in his book?

Daniel Paul K, commenting on his book said, “Jesus himself arranged his own death by crucifying himself, expecting God would save him. But Jesus found God abandoned him on the cross. While dying, he shouted –  “Eli, Eli, lema sabachthani?” – meaning, “My God, my God, why have you forsaken me?” According to many people, life of Jesus ended there.

“Jews, Christians and Muslims agree on one thing that Jesus claimed he is the messiah.  Jesus came at a time when the Jews were expecting or at a time the Jews wanted a Messiah the most, and they flocked around him believing he is their Messiah. When they saw Jesus died on the cross without fulfilling their expectations of being a Messiah, they rejected Jesus labeling him a great fraud, a cheat, a failed Messiah.

“But Christians happen to believe that Jesus resurrected from the tomb. So they believe Jesus is the real Messiah and Son of God. But they agree that Jesus didn’t fulfill his mission as Messiah in his lifetime and they believe Jesus will return to his people and fulfill his mission. Interestingly great theologians of Catholic Church do not believe in the return of Jesus.

“Muslims do believe in the virgin birth (born without any father) of Jesus and believe he is al-Masīha (“the Messiah”). But Muslims do not believe, Jesus is the Son of God. Muslims do not believe Jesus was crucified on the cross, instead they believe, Jesus was uplifted into heaven with his worldly body and he would return to the earth days near to the ‘Day of Judgment’ to restore justice and to defeat ‘ad-Dajjal’ – the antichrist.

“According to this book, Jesus was a Jew just like all other Jews. He was a Messiah – in the sense “anointed one” to warn Jews for the impending destruction of their country, their temple and their scattering all over the earth as prophesied by all the prophets. He didn’t say it in plain language, but he said this in a metaphoric way. He told to the Jews – “all the things that are written by the prophets concerning the Son of Man shall be accomplished. For he shall be delivered unto the Gentiles, and shall be mocked, and spitefully entreated, and spitted on: And they shall scourge him, and put him to death: and the third day he shall rise again.”  Christians believe, Jesus said it about his own death and resurrection. But this book proves – by saying this Jesus predicted the death and resurrection of Israel.

“This book proves that whatever Jesus said about the Son of Man it was all about Israel. The book proves history of Israel after the death of Jesus and the history of the fulfillment of Bible’s prophecies about Israel – the son of God. Such as the destruction of Israel – destruction of the temple in Jerusalem – scattering of Jews among the nations which, in the words of Jesus “Son of man – Israel was handed over to the gentiles”. Sufferings of Jewish population throughout the centuries. The great adversities faced by Jacob. The Holocaust and the escape of Jews from extinction and return to their Promised Land and restoration of Israel.”

We asked, if the book actually is denouncing Christianity, Daniel Paul said, “As this was the mission of Jesus, why his followers brought a new religion – Christianity? And what was the purpose of founding of this religion. The book narrates how the apostles misunderstood Jesus and formed Christianity.”

Daniel Paul’s book certainly contains extremely controversial content. This book even may ignite severe reaction amongst the Christian population in India as well in the world. We won’t make any comment on this issue considering its sensitivity. People can contact him on his Facebook account.