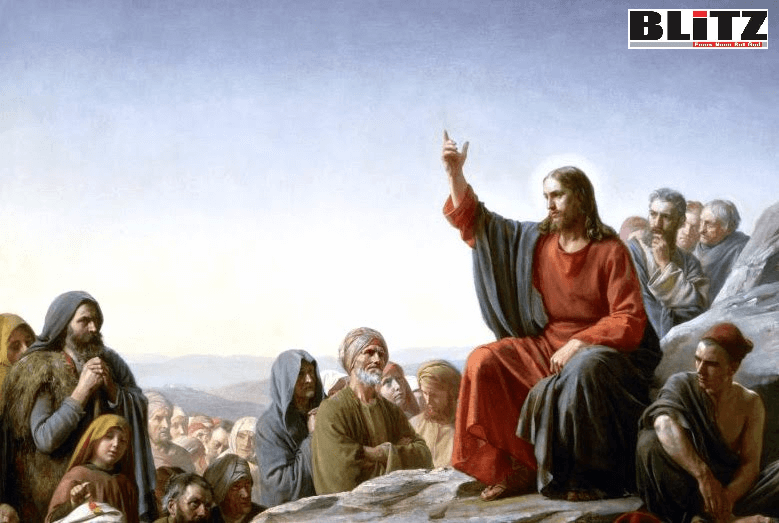 California’s San Diego pastor has recently made outrageous comment about Jesus Christ stating he was a “racist”. In a video message released on TikTok, Rev Brandon Robertson of Missiongathering Christian

According to Robertson, the racist action of Jesus takes place in Chapter 7 of the Gospel of Mark (Mark 7: 26-30). That is when Jesus is sought out by a Syrophoenician woman in the district of Tyre. She begs Jesus to free her daughter from the demon that is possessing her.

Robertson said that Jesus replied: “It’s not good for Me to give the children’s food, meaning the children of Israel’s food, to dogs.”

“He calls her a dog” because of her race, Robertson insists.

Robertson continues: What’s amazing about this account is that the woman doesn’t back down. She speaks truth to power. She confronts Jesus and says, ‘Well you can think that about me, but even dogs deserve the crumbs from the table.’ Her boldness and bravery to speak truth to power actually changes Jesus’ mind. Jesus repents of his racism and extends healing to this woman’s daughter.

Did he repent? Here’s what Jesus is recorded as actually saying (Mark 7:29-30, New International Version):

29 Then he told her, “For such a reply, you may go; the demon has left your daughter.”

30 She went home and found her child lying on the bed, and the demon gone.

OAN’s Jack Posobiec tweeted: “They are now accusing Jesus of using racial slurs. This is how banning the Bible begins.”

Sergie Daez of the Media Research Center noted: It’s blatantly obvious that if Jesus used a racial slur, He would’ve been a normal human sinner with no divinity and therefore not the Son of God. Forget about being offensive, this nutcase is preaching literal heresy.

Robertson goes on to say in the video: I love this story because it’s a reminder that Jesus is human. He had prejudices and biases and when confronted with it, he was willing to do his work.

Daez responded: We love this story because it’s a reminder that the leftist view of social justice has no place in Christianity due to its inherent fallacies.