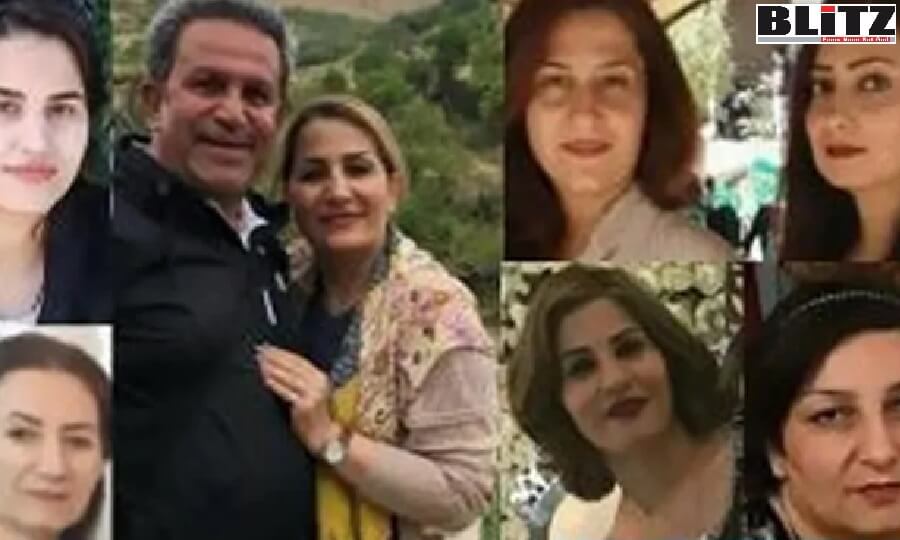 The homes of 13 Iranian Bahais were raided and searched yesterday, and at least eight people following the banned faith were detained in Baharestan, a city in the central province of Isfahan.

Their personal belongings including their laptops, mobile phones, CDs, books, holy books, and family pictures were confiscated during the raid of their homes.

An informed source said the raids, which started at 6 am until 1 pm, were violent in nature.

The source said the male agents went to Sara Shakib’s bedroom while she was sleeping, and treated her mother violently, throwing a towel on her to cover her hair. In the end, 16 agents who had come with four cars, searched the three-floor home and arrested Sara. They also had a warrant for her younger sister Samira and said she must turn herself in when they called. Samira is 21 years old.

“The agents came to Sara Shakib’s home at 6:45 am and prevented Sina and Samira from leaving by blocking their way with two Peugeot 405 cars. They forced them out of their car and confiscated their cellphones. Their behaivour was violent to the extent that Samira’s clothes ripped. After Sina protested, they punched, cuffed, and blindfolded him, taking him to another car. Samira was also taken to another car. They asked Samira to ring the bell without the family learning of the agents’ presence and asked Sina about the CCTVs around the house,” the source said.

According to the report, agents broke down the door of one of the Bahais when they noticed she/he was not home. The identities of other Iranian Bahais whose homes were searched is still unknown.

The Iranian regime has increased its suppression against Bahais. The arrest of these eight Iranian Bahais brings the total number of detained Bahais to 23 in April.

On April 20, a Bahai woman was detained by intelligence agents in Babol northern Iran. She was identified as 52-year-old Manijeh Azimian.

On April 6, seven Iranian Bahais were detained in the south-central city of Shiraz.