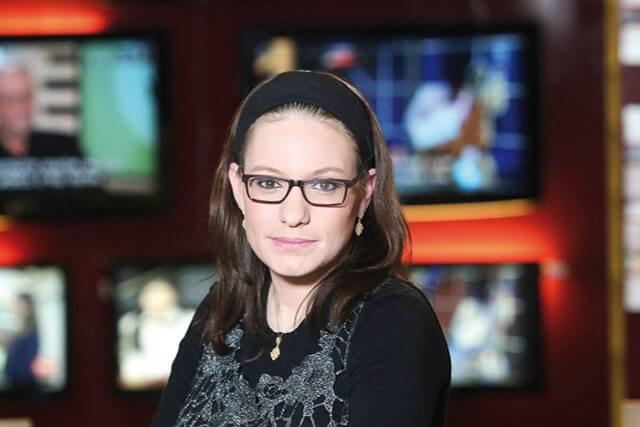 A Jewish woman whose own personal history involves a journey to her faith will be the headliner in a series of speaking engagements in New York beginning this weekend.

The OU Women’s Initiative, a division of the Orthodox Union, is hosting the ‘weekend of inspiration’ with renowned speaker and Israeli TV news anchor Sivan Rahav Meir, during which she will discuss how social media can be used as a tool for religious development.

A journalist with Israel’s Channel 2 television news, Yedioth Ahronoth and IDF radio (Galei Tzahal), Rahav Meir has interviewed Yitzhak Rabin, Shimon Peres, Sara Netanyahu, Rav Ovadia Yosef and many others. She has also having authored four books about Israel’s youth, media and most recently, #Parasha on the weekly Torah portion. Her weekly Parsha lectures are attended by audiences of hundreds that have included the President of Israel. Her weekly Parsha whatsapp reaches over 40,000 people worldwide.

Rahav Meir is scheduled to speak about “21st Century Teshuva: A Synergy of Media and Meaning” a subject that delves into the ways in which social media can be used to reflect on one’s religious practice, and how it can be used to reconnect with one’s self and one’s religious development during the days between Rosh Hashana and Yom Kippur — the “Ten Days of Teshuva.

“Social media platforms can be distracting and socially isolating, but Sivan has created a powerful presentation showcasing how social media can be used as a tool for religious growth,” said the Founding Director of the OU Women’s Initiative, Rebbetzin Dr. Adina Shmidman.

“We are thrilled to welcome Sivan back after her well-received address at Torah New York last spring,” added Orthodox Union Executive Vice President Allen Fagin. “She is known for her expertise in this area and we look forward to hearing from her on the many ways in which social media can enhance our religious observance and spirituality.”

Rahav Meir is being hosted in Great Neck, West Hempstead, Teaneck and the Five Towns, but for those who are unable to make it, the Sunday evening presentation will be recorded and can be seen on the OU.orgwebsite after the event.

“Social media usage has become ubiquitous in our community,” Orthodox Union President Moishe Bane noted. “It’s imperative, especially this time of year, that we explore the ways in which we can mitigate its challenges and use the digital tools at our disposal to advance our commitment to Torah and connection to God.”