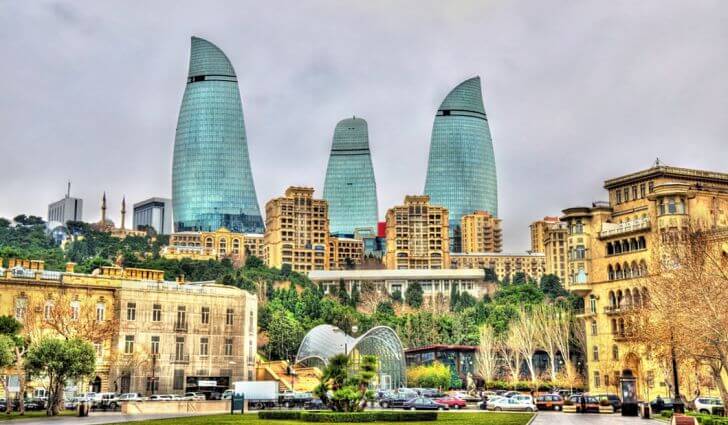 The Jewish Journal has published an article by Milikh Yevdayev, Head of the Community of Azerbaijan’s Mountain Jews, who highlighted Azerbaijan’s model of interreligious harmony and multiculturalism.

“I have visited California several times. I always remember my visits with great joy, especially the one in 2015, when we received and celebrated the gift of a beautiful new Sefer Torah from the Sinai Temple of Los Angeles for our Mountain Jewish Synagogue in Baku. In my recent visit to Los Angeles and San Francisco, in May 2018, I was part of a multifaith delegation from Azerbaijan. The delegation was led by Mr. Mubariz Gurbanli, the Chairman of the State Committee for Work with Religious Organizations (SCWRO) of the Republic of Azerbaijan, and included also the leaders of Muslim, European Jewish, Christian Orthodox, and Albanian-Udi Christian communities of Azerbaijan. Our purpose was to share Azerbaijan’s unique model of multiculturalism and interreligious harmony and tolerance, and talk about the possibility of lasting peace and understanding among religions,” Yevdayev says in the article.

“Our visit was organized jointly by the American Jewish Committee’s (AJC) Los Angeles and San Francisco regional offices in strong cooperation with Azerbaijan’s Los Angeles Consul General Nasimi Aghayev. AJC and Azerbaijan have been enjoying a very special relationship since almost two decades. AJC national delegations, led by its CEO David Harris, have been visiting Azerbaijan annually for the past eleven years, and actually Azerbaijan is one of the few countries on AJC’s annual visit calendar. During this year’s visit Mr. Harris said the following: “Azerbaijan continues to be a very significant partner for both the U.S. and Israel. Baku’s contributions in many spheres are increasingly vital in today’s turbulent world, although, frankly speaking, not as well-known and recognized as they should be. In a key region of the world, where the United States has few reliable friends, Azerbaijan, a secular, Shiite-majority country, stands out. And for Israel, believe me, the bilateral relationship is no less important. Moreover, it is inspiring to see the record of respect for the Jewish community – and the striking absence of anti-Semitism – in a land Jews have called home for over 2,000 years.” As an Azerbaijani Jew, I couldn’t agree more. We are much appreciative of AJC’s friendship, and of the efforts by its California regional offices in organizing this historic visit. I would like to specially thank Roslyn Warren, Saba Soumekh and Siamak Kordestani of AJC-Los Angeles, and Matt Kahn, Serena Eisenberg and Eran Hazary of AJC-San Francisco.”

“During the visit we were honored to meet the Archbishop of Los Angeles and Vice President of the U.S. Conference of Catholic Bishops José H. Gomez, Chair of the Los Angeles County Board of Supervisors Sheila Kuehl, Jewish Journal Publisher and Editor-in-Chief David Suissa, Los Angeles leaders of the American Israel Public Affairs Committee (AIPAC), Dean of the world-famous Simon Wiesenthal Center Rabbi Marvin Hier, Member of the San Francisco Board of Supervisors Norman Yee and California State Senator Jerry Hill. We also visited several synagogues and churches, including Sinai Temple in Los Angeles and Presidio Chapel, Grace Cathedral and Sherith Israel Synagogue in San Francisco, as well as the Museum of Tolerance in Los Angeles. Moreover, two well-attended public events dedicated to Azerbaijan’s multifaith harmony were held – one at the Sinai Temple of Los Angeles (ably moderated by Rabbi Erez Sherman) and the other at the Commonwealth Club in San Francisco,” he says.

“At these meetings and events we highlighted the ancient traditions of tolerance and multiculturalism in Azerbaijan. We informed the audiences about how people of different ethnic and religious backgrounds, including Muslims, Orthodox Christians, Catholics, Protestants, Jews and representatives of other faiths, such as Zoroastrians, Baha’is, Hare Krishnas and others, have been living together in peace, brotherhood and mutual respect for many centuries in Azerbaijan, a predominantly Shiite Muslim country. There has always been a strong relationship between ethnic and religious communities in the country and ethnic, religious or racial discrimination has never existed in Azerbaijan. I often was asked: “What is the essence, the core of Azerbaijan’s model of tolerance and how Azerbaijan has achieved it?” There is only one answer to it: Tolerance and multiculturalism has been the lifestyle of the people of Azerbaijan for many centuries. It has very solid foundations, rich traditions and deep historical and cultural roots,” Yevdayev notes.

“Today there are 31 non-Muslim religious communities officially registered in Azerbaijan. Moreover, seven synagogues, one museum-synagogue that is under construction, two Jewish elementary schools, three kindergartens, one Yeshiva and fourteen churches are operating in my country. Azerbaijan may be a small country but it has made enormous effort towards maintaining and strengthening the harmony, mutual understanding and peace among religions, making the world a better place. I hope many other countries in the wider region will follow Azerbaijan’s suit.”

“I live in a country where the government of a majority-Muslim nation builds and rebuilds synagogues, renovates churches, and annually allocates financial support to different religious communities. I live in a country where a Muslim philanthropist funds the construction and renovation of churches. This country is the majority-Muslim Azerbaijan, and I am proud to be its citizen,” he concludes his article.