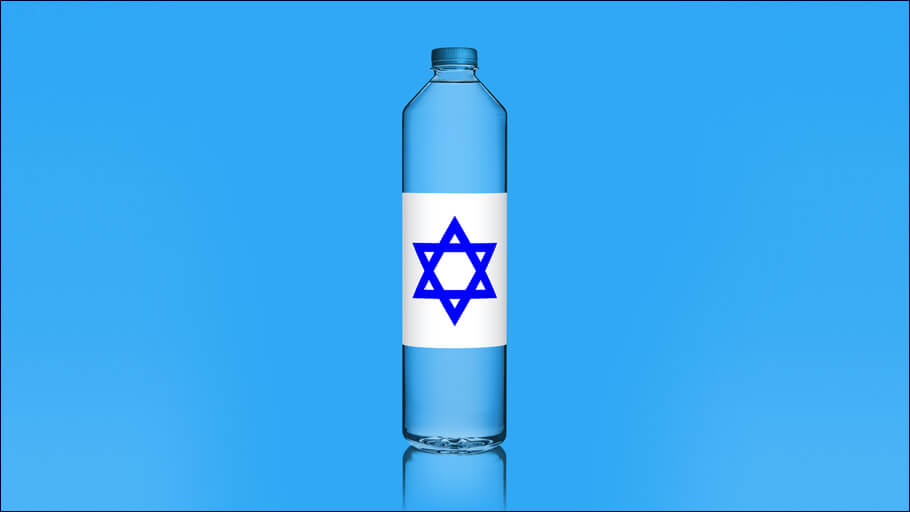 No more classifying others. No more thinking I “know” someone based on their speech and dress. No more slotting people neatly into categories in my mind according to what “type” of person I think they are.

The labels we give ours represent what we’ve accomplished and signify how we want to present ourselves to the world. I’m a proud Jew; I love being a mom; I work hard at being a writer. These are all labels I want the world to see. But there’s a world of difference between the labels we give ourselves and those that are applied to us, often erroneously.

When it comes to being Jewish, labels can really get out of control. I still remember the woman I’d never seen before who visited my Orthodox synagogue and angrily told me she “knew” what “people like me” thought of her. (She walked away without a response; to this day I’m still completely mystified by what she meant.)

As an Orthodox Jew – sorry, there I go again with labels! – as a Jew who tries to follow the mitzvot, commandments, I’ve heard my share of abuse. I’ve been called a religious fanatic and also not religious enough. People have told me I’m “ultra-Orthodox”, whatever that means, and also told I’m not observant because I’m “Modern Orthodox”. Again, whatever that means. If someone has a problem with me I wish they’d just spell it out. (Actually, I’d sort of rather they didn’t. Can’t we all just live and let live?)

A friend of mine once joked that everything you need to know about the problems of Jewish labels is in the word “frum”, the Yiddish word meaning religiously observant. “U” are always in the middle, she explained: no matter where you are at, whatever you do, “U” seem normal. It’s the people on the other sides who seem far out and wrong. Tragically, when it comes to the Jewish community, there is no shortage of names to apply to others and the discord they encourage.

This splintering of our Jewish community flies in the face of Jewish tradition.

Our moment of greatest unity came when we all stood at Mt. Sinai to receive the Torah: it was the high point of Jewish history. This isn’t just an abstraction: Jewish tradition teaches that in addition to the millions of Jews who’d left Egypt, the souls of all future Jews were present too. We were all there, united as one people. The fighting and complaints that marked the Jewish people at other times was absent.

What if we were able to look at our fellow Jews and see what unites us, instead of what divides? What if we were to say: look, we all come from the same family?

Two thousand years ago Rabbi Akiva taught that a basic principle of the Torah is contained in Leviticus 19:18: “Love your fellow as yourself”. What would it look like if we could actually love our fellow Jews? That’s the experiment my resolution is all about.

We all know that labeling others is unfair, but a host of modern studies have shown just how pernicious it can be. One Princeton University study showed two groups of students a video of a girl playing. One group was told the girl was poor and another group was told she was upper class. When questioned afterwards, the group who’d labelled the girl upper class estimated she was smarter than those who’d labelled her poor. We have an unconscious desire to slot people into categories in order to make sense of the world. But labeling people this way prevents us from seeing them as who they really are.

I want to take the blinders off.

It’s only been a couple of weeks since I’ve started my no-labeling resolution, but I’ve already noticed a change in how I see people. I’ve been asking more questions and reminding myself that just because I know a few things about someone doesn’t mean I know their whole story. I’ve been taking more time to listen. Without the crutch of labels, I’m finding that I’m spending more time actually getting to know others.

Here are the three distinct steps to my Rosh Hashanah resolution.

This is a basic Jewish premise: assume that others are acting well. Instead of jumping to conclusions about how bad we think our fellow Jews are, I’m trying to jump to positive conclusions instead.

Reminding myself I don’t know the whole story.

It’s so easy to assume that just because we know one thing about a person that we know everything. Instead, I’m working on getting to know people and steering clear of the lazy thinking that labeling people can lead to.

Without the crutch of categorizing people in my mind, I find myself spending a lot more time asking questions and listening. What I hear is often surprising. It reminds me just how wrong it can be to assume we know all about people without putting in the effort to truly learn their thoughts and views.

No matter where we live, no matter who we are, we are all part of one Jewish people, the one people who stood together at Sinai. This year, let’s strive to keep the big picture in mind and drop all the labels, except one: my fellow Jew.

Yvette Alt Miller earned her B.A. at Harvard University. She completed a Postgraduate Diploma in Jewish Studies at Oxford University, and has a Ph.D. In International Relations from the London School of Economics. She lives with her family in Chicago, and has lectured internationally on Jewish topics. Her book Angels at the table: a Practical Guide to Celebrating Shabbat takes readers through the rituals of Shabbat and more, explaining the full beautiful spectrum of Jewish traditions with warmth and humor. It has been praised as “life-changing”, a modern classic, and used in classes and discussion groups around the world.