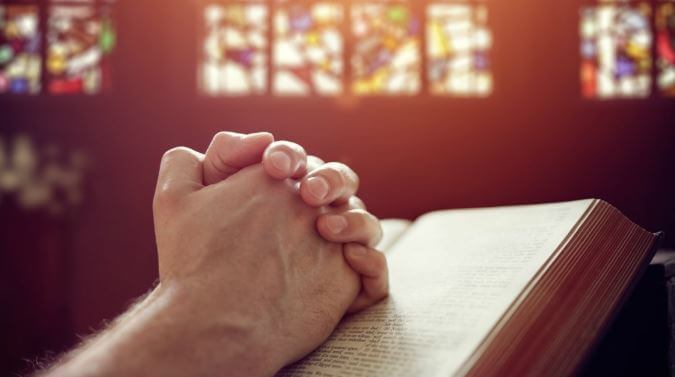 As a verb it denotes acting or speaking with fury, showing or feeling violent anger, fulminating – or exploding or detonating with a loud noise or issuing crass denunciations.

Don’t get me wrong. I’ve lived a long time through the ‘60s, ‘70s, ‘80s, ‘90s and from 2000 to 2019. I’ve seen a lot of rage by the heathen, the unbelievers, all those who imagine vain things, as Psalm 2 describes. But never before have we witnessed an age more characteristic of full-throated RAGE!

It manifests itself in the world through terror, licentiousness, pride, abominations, greed, lust, lies and murder.

I could tell you about the openness of leaders toward promoting the wanton, clinical killing of the innocent unborn – and now even those just born.

I could bemoan the rulers who refuse to respect the sovereignty of their own borders and citizens, choosing instead to obliterate the rights and safety of their constituents.

I could point to those who live their lives in lawlessness, not just ignoring God but showing utter contempt for His people and His ways:

The furor over the pro-life Catholic teens from Kentucky who attracted derision, insults on the Capitol Mall and on social media across the nation and around the world – for nothing more than wearing “Make America Great Again” caps and smiling.

The bizarre willingness by all but one Democratic senator to accept totally unsubstantiated accusations of sexual assault against Supreme Court nominee Brett Kavanaugh during his confirmation hearings.

Of course, one cannot even mention the word “rage” since 2016 without noticing how frequently the words “anti-Trump” precede it. For many Americans, President Trump has become a fixation – either good or bad. But no one arouses opposition the way he does – other than God Himself. For Democrats, those on the left and the media, he is an obsession. God may bide His time, as Psalm 2 suggests, but no one pushes the rage buttons more effectively than Trump. What he does is fight back rather than back down. For Trump, the rage has turned an unprecedented for of resistance – Democrats, the left and the media.

But look at the outrage from Lady Gaga and others toward Vice President Mike Pence for nothing more than his faithful, quiet, humble and mild Christian walk. What prompted Lady Gaga to call out Pence as “the worst representation of what it means to be a Christian.” It came to a head because Karen Pence decided to teach art a Christian school that follows biblical teaching about sexuality and marriage. The press was full of stories reporting on Christian schools as if they were an anomaly, quaint throwbacks to a different time, or, worse yet, oppressive and discriminatory educational institutions that needed to be drummed out of the public square.

I could even show you how everyday rage is finding its way into the popular culture and lifestyle through business, entertainment and “the relief of stress.”

In 2008, the first “rage room” opened in Japan. Since then, they have opened all over the world, including dozens of states including New York, North Carolina, Arizona, Wisconsin, Virginia, Utah, Maryland, California, Florida, Washington, Ohio, Missouri, Texas, Tennessee, Pennsylvania, Georgia and Nevada.

What is a rage room? It’s a place to go to smash things to smithereens in a space of controlled violent tantrums to relieve pent-up anger and resentment.

Does it work? It’s hardly a biblical prescription. And even many secular experts say participants are simply training themselves for the likelihood of future uncontrolled violent outbursts. The young female proprietor of one rage room in Dallas was beaten to death last year. Her ex-boyfriend has been charged with the murder.

So, “why do the heathen rage, and the people imagine a vain thing?”

Psalm 2 explains it in rather spectacular fashion, blaming the kings of earth who take counsel together against the Lord and His anointed. It’s a rebellion by those who want to break the rules, cast away cords that bind a Creator and His created together. The rulers conspire together against God, but in heaven they just laugh in derision – for now.

But the day of wrath is coming, writes David the psalmist in one of the most remarkable passages in the Bible. What is the day of wrath? It’s when God will set His king upon His holy mountain of Zion.

“I will declare the decree: the Lord hath said unto me, Thou art my Son; this day have I begotten thee,” says Psalm 2:7.

This Old Testament Scripture is clear that God is going to place His one and only begotten Son on the throne in Jerusalem where He will rule and reign over the whole earth. He will take the heathen for His inheritance, breaking them with a rod of iron and dashing them to pieces like a potter’s vessel.

“Be wise now therefore, O ye kings: be instructed, ye judges of the earth,” it says in Psalm 2:10-12. “Serve the Lord with fear, and rejoice with trembling. Kiss the Son, lest he be angry, and ye perish from the way, when his wrath is kindled but a little. Blessed are all they that put their trust in him.”

If there were any doubt, the New Testament affirms this prophecy is about rage against Jesus – both in the first century and in the future. Acts 4:24-28 names heathen and the earthly rulers raging against Jesus and His followers as Herod, Pilate, the Gentiles and those in Israel who rejected their Messiah.

Have you wondered why there’s so much rage in the world today?

It’s a sign of the times, just as it was in the days of Noah, in the first century and as would be expected in the latter days of hardened hearts and persecution.