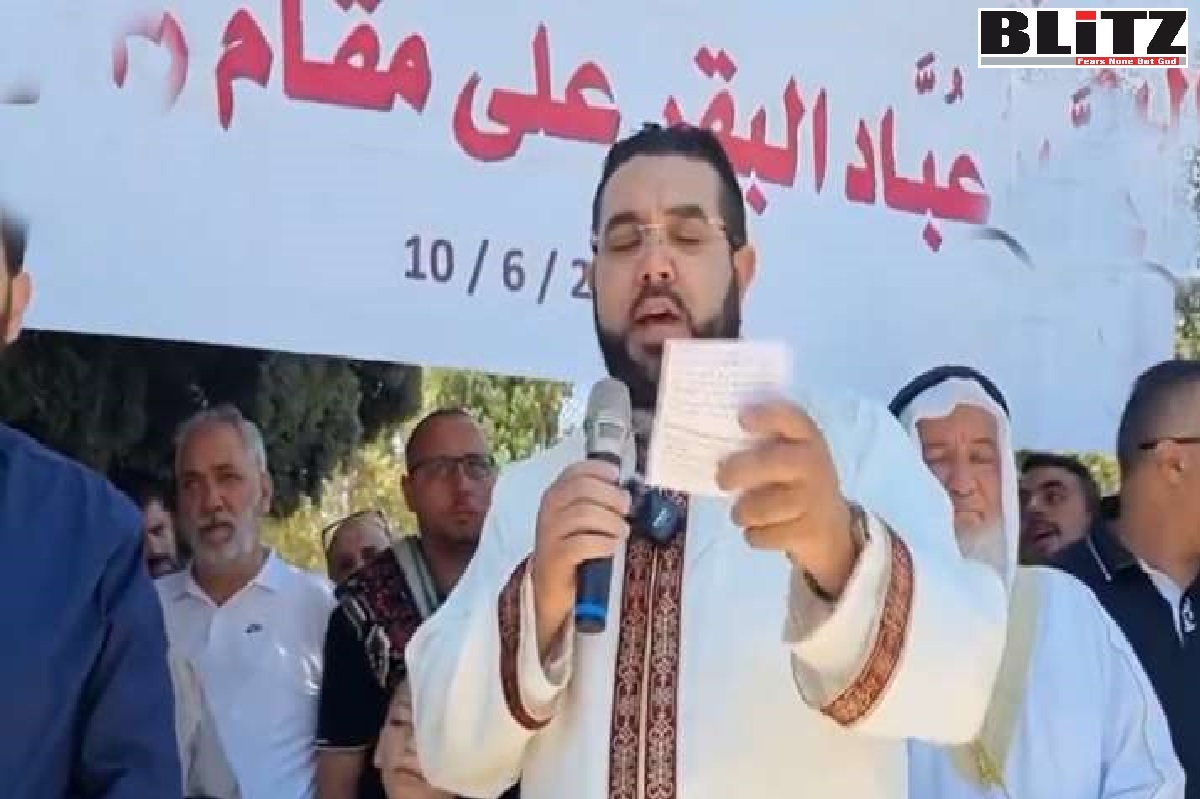 Nidhal Siam, Palestinian Islamic scholar and diehard supporter of Palestinian terrorist acts targeting Israel and Jews said at Al Aqsa Mosque rally: “The only response to the ‘Cow-Worshipping’ Hindus’ affront to the Prophet Muhammad is to declare jihad to eradicate them”.

According to MEMRI report, on the backdrop of a controversy sparked by Indian ruling party officials who “insulted” Islam and the Prophet Muhammad, an anti-India rally was held at the Al-Aqsa Mosque in Jerusalem. Palestinian Islamic scholar Nidhal Siam spoke at the rally and said that the recent India controversy is one of many successive “affronts and hostilities” made by “the infidels” against Islam and the Prophet Muhammad that constitute a war against the Muslims. He compared it to the US invasion of Iraq, to Swedish “kidnapping” of Muslim children, and to other “crimes” made by non-Muslims against the Muslims.

Siam then said that the only appropriate reaction is to declare Jihad for the sake of Allah and to discipline the infidels and polytheists, eradicate them, and he called on the armies of Muslim countries throughout the world, and particularly Pakistan, to take action against the Hindus in defense of Islam and the Prophet Muhammad. In addition, the crowd chanted: “Hindus, you filthy Hindus, Muhammad is the master of all people, Allah Akbar!” The video of the rally was uploaded to the Al-Aqsa Call YouTube channel on June 10, 2022.

Speaker: “Muhammad is the master of all people!”

Crowd: “Muhammad is the master of all people!”

Nidhal Siam: “Praised be Allah, the Lord of Mankind.

“Oh Muslims, do you see the infidels’ successive affronts and hostilities towards the Messenger of Allah? We barely got clear of France’s affronts, when we had to encounter the affronts by the Hindus, those cow-worshippers.

“These affronts are nothing less than a war against Islam and the Muslims.

“The infidels take turns in waging this war against the Muslims. First it was America with its aggression against Iraq and Afghanistan, then along came Sweden with its kidnapping of Muslim children. France attacked once, the Russians multiple times, then there is China with its crimes, and now the Hindu cow-worshippers, who have destroyed mosques, killed Muslims, and destroyed their villages. Now they slander the Master of Mankind, peace be upon him.

“The one and only reaction to such a thing is to declare Jihad for the sake of Allah and to open up battlefronts for fighting, so that the army can have its say, by disciplining the infidels and polytheists, and by eradicating them.

“As for you, oh people of Pakistan, you have a greater duty than others in fighting the Hindus. They are right there on your border, occupying parts of your land and killing your people. You have a great army that is capable of disciplining the Hindus, making them forget the whispers of Satan”.