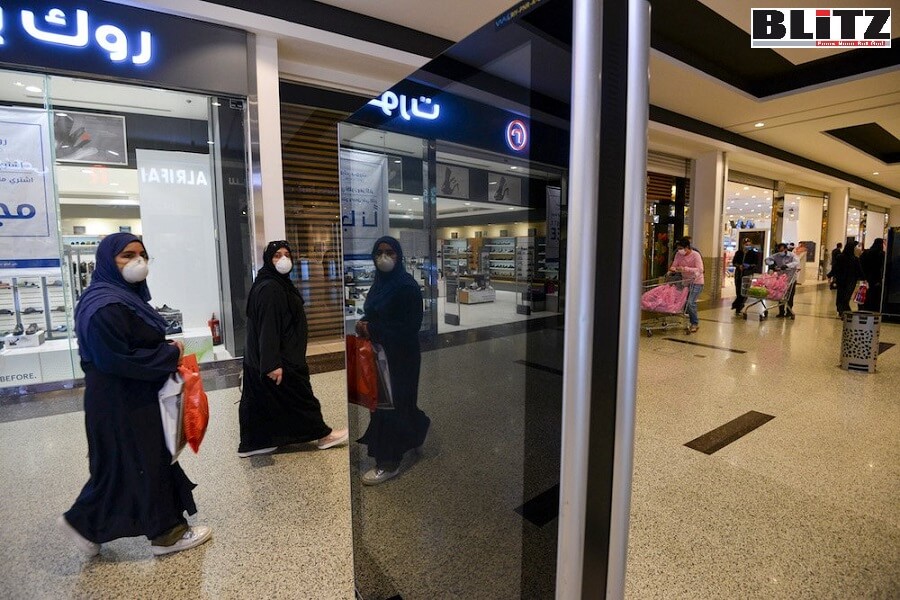 Ramadan, an annual joyous occasion for Muslims everywhere, was a dark month in 2020. Due to a nationwide lockdown, the holy month was lacking in its usual sights: family and friends mingling; hallways full of children wearing their best clothes, stealing pieces of samboosa; dishes filled with Ramadan specials ready to line the dining tables; guests breaking their fast in unison, giving thanks together and to one another. Writes Rawan Radwan

Last May, families across Saudi Arabia gathered around their Ramadan tables with a few empty chairs in what would be a tumultuous year — one that would be remembered by residents of the Kingdom for years to come.

This year, brightly lit Ramadan fanoos, or lanterns, have filled every room. Twinkling lights shine above doorways, and freshly pressed thobes and dresses are hung and sprayed with perfume as the nation ushers in the holy month of Ramadan with lighter hearts and a glimmer of hope.

After a year of lives lost, painful separations, closures and lockdowns, Saudis remain on high alert and are playing it safe, following all precautionary measures, even as bans are lifted.

Saudis and expatriates alike flocked to markets to fill their homes with their favorite Ramadan goodies: groceries, decorations and of course the famous fanoos. But remnants of last year’s lonely and gloomy Ramadan, its usual festive family gatherings replaced by mediocre meetups on computer screens, still lurk in the back of everyone’s minds.

Ramadan, an annual joyous occasion for Muslims everywhere, was a dark month in 2020. Due to a nationwide lockdown, the holy month was lacking in its usual sights: family and friends mingling; hallways full of children wearing their best clothes, stealing pieces of samboosa; dishes filled with Ramadan specials ready to line the dining tables; guests breaking their fast in unison, giving thanks together and to one another.

It was a far cry from Ramadan 2019, barely six months before the first official case of the novel coronavirus disease (COVID-19) was first announced in the Wuhan province of China. It would be less than a year before chaos and confusion ensued.

“Never in my wildest dreams would I have thought that I would spend Ramadan away from my children and grandchildren,” Um Mohammed Zain Al-Abedeen told Arab News. The grandmother and great-grandmother has made it her mission for decades to fill her home on the first day of Ramadan with every member of her family, a ritual even her sons-in-law and extended family became a part of.

“There were times when the house was filled with more than 60 members of the family and extended family, and nothing made my heart happier than to see my house filled with the people I love and care for most,” she said.

Upon mentioning last year’s Ramadan, sadness filled her face. Pausing for a few seconds before continuing, she took a deep breath and said that it was the first time in her life that she had to spend the first day of Ramadan alone.

“It was the most difficult time in my life, and I’ve seen a lot and lost many loved ones. This pandemic was heavy on my heart,” she said, explaining that she had lost a brother to COVID-19 and that her grandsons had been infected with it as well.

The great-grandmother was not alone in her grief, as 34 million Saudi residents shared her pain. The Kingdom imposed a nationwide curfew during last year’s Ramadan, from 5 p.m. to 9 a.m., later extending it to the whole day during the Eid Al-Fitr holidays that came right after. The measures were taken within the framework of Saudi Arabia’s efforts to combat COVID-19 and protect public health.

Bader Salamah, 29, has made it a habit to spend the first day of Ramadan with his family in Madinah every year since moving away from his home to work at a private company in Riyadh seven years ago.

“My mother makes the best samboosa in all of Madinah,” he said. “Everyone would swear by it.”

He tried to travel to his home city a few times, but all attempts failed due to various personal reasons.

“It just wasn’t meant to be, but I couldn’t escape the feeling of guilt, and I was constantly gripped by fear. I wanted to be there to make sure my parents were safe, to keep an eye on them while they fasted, to make sure that they were not overexerting themselves and that they got the care they needed. I longed for my family, and I would let my mind wander and think, ‘Who would take my father to pray taraweeh at the Prophet’s Mosque now?’ forgetting that mosques were temporarily shut down.”

This year, Salamah said that he was not taking any chances. His hopes were high again as he made his way to the airport to spend the whole month of Ramadan with his parents, surrounding himself with his siblings, nieces and nephews and, most importantly, his mother’s cooking.

With the lifting of lockdown measures a few months ago, Saudis and expatriates across the nation have felt more at ease. Four months since the start of the vaccine rollout, nearly 7 million residents have been vaccinated, and many have been looking forward to this year’s Ramadan gatherings, feeling safer to be doing so with last year’s lessons in their arsenal, alongside their inoculations.

Rahaf Hussain and her husband Abdullah Al-Rashidi both have families in Jeddah but reside in the Eastern Province. They have made it their mission this Ramadan to spend as much holiday time together as they can for the sake of their children.

Though daily confirmed cases have been on the rise as of late, and many are concerned that there will be another lockdown, warnings by the authorities have not gone unheeded and many, like Hussain and Al-Rashidi, have planned on careful iftar gatherings of no more than 20, as per the recommendations.

“This year, we plan on a COVID-free Ramadan,” Hussain told Arab News. “We got our vaccines, and we are still wearing masks and constantly washing our hands. We were deprived of our families, and we lost some dear ones. Our Ramadan gatherings were spent on screens, but I’m making sure that won’t happen. We’re sticking to the rules.”

Sharing her same sentiment, Hussain’s husband Al-Rashidi said that it felt like they were constantly overcome with grief due to the distance. He admitted it was harder on his wife than it was on him, but she put a strong face on for her family as everyone tried to make it through the lockdown.

“Ramadan is not only a month of devotion and prayer. It is one during which we learn to be patient, to appreciate the connection between loved ones, and this has only grown stronger with distance. Ramadan is about understanding one’s worth and making sure that you show your loved ones the love and care they deserve in the month of giving,” said Al-Rashidi.

As many across the nation once again light their lanterns for Ramadan 2021, this year marks a small step in the return to normal, with lessons learned, stronger hearts and a greater reserve of patience.