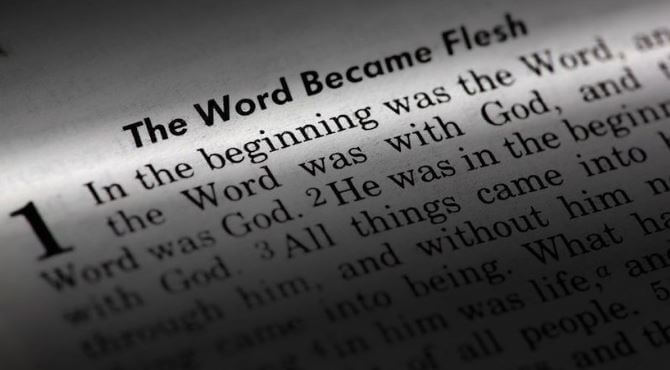 “But I will sacrifice unto thee with the voice of thanksgiving; I will pay that that I have vowed. Salvation is of the Lord” – Jonah 2:9

It’s hard to think of a more familiar Bible story than Jonah, yet, how many think of him as a prophet?

Indeed, he was – a contemporary of Amos, another prophet to the Northern Kingdom.

Keep in mind, Israel was about to be judged, and, as a prophet to the Northern Kingdom, Jonah would have been very aware of that fact, though nowhere in this book does that subject come up. But God directed Jonah to go to Nineveh to call that great city to repentance. Instead, Jonah ran, got on a boat and took off in the other direction in direct disobedience to God. Everyone knows the story of how a storm broke out and threatened the boat with capsizing.

But you may have missed a few things watching the Veggie Tales translation of the story. So, let’s look more closely at the actual text.

I’ve never heard anyone else mention this line as significant, yet take a look at Jonah 1:5-6: “Then the mariners were afraid, and cried every man unto his god, and cast forth the wares that were in the ship into the sea, to lighten it of them. But Jonah was gone down into the sides of the ship; and he lay, and was fast asleep. So the shipmaster came to him, and said unto him, What meanest thou, O sleeper? arise, call upon thy God, if so be that God will think upon us, that we perish not.”

Does that remind you of anything?

How about the time Jesus was on a ship with His disciples crossing Lake Kinneret and a storm hit. Like Jonah, Jesus was fast asleep, when one of His followers approached saying, “Lord, save us: we perish.”

In both circumstances, the ship’s crew awakened a sleeping passenger on a perilous wind- and wave-tossed excursion that had persuaded men who had spent their lives on boats that they were goners. They both sought Divine help from their passengers. And both took actions to calm the storm. Of course, that’s about where the similarity ends. It was Jonah’s disobedience that caused the storm on the way to Tarshish. He could save the ship only by getting thrown overboard. In the case of the Jesus boat, the Son of God simply rebuked the wind and waves.

If this were the only analogy between Jonah and Jesus, I think you could dismiss its significance. But it’s not.

Remember who Jonah is – the reluctant prophet who doesn’t want to offer grace through repentance to the gentile Ninevites, for whom he has no compassion.

Jesus, on the other hand, came to earth from heaven with the express purpose of giving His own life on the cross to atone for the sins of the world so that sincere repentance would offer them eternal life.

It is interesting, however, that Jonah was willing to give his life for his companions on the boat and the incident brought his shipmates to repentance and faith. Jesus, on the other hand, before rebuking the wind and the waves pointed out the lack of faith among his companions.

What are the other comparisons and contrasts between Jesus and Jonah?

Jesus Himself called attention to the most striking and well-known analogy: That is that Jonah spent three days and three nights in the belly of the fish and only through prayer to God was, in effect, resurrected.

When the scribes and Pharisees asked Jesus for a sign, He responded in Matthew 12:39-41: “An evil and adulterous generation seeketh after a sign; and there shall no sign be given to it, but the sign of the prophet Jonas: For as Jonas was three days and three nights in the whale’s belly; so shall the Son of man be three days and three nights in the heart of the earth. The men of Nineveh shall rise in judgment with this generation, and shall condemn it: because they repented at the preaching of Jonas; and, behold, a greater than Jonas is here.” Later, Jonah asked God to allow him to die because he was so depressed about Nineveh affirmatively answering his call for repentance. Jesus, on the other hand, went willingly to the cross to pay for the sins of the world. I’m sure I must not be the first person to have noticed this, but I have not heard or read any other similar observation. Maybe you have. Now let’s take a look at Jonah’s prayer in the second chapter verses 2-9 while slipping in and out of consciousness in the fish’s belly: “I cried by reason of mine affliction unto the Lord, and he heard me; out of the belly of hell cried I, and thou heardest my voice. For thou hadst cast me into the deep, in the midst of the seas; and the floods compassed me about: all thy billows and thy waves passed over me. Then I said, I am cast out of thy sight; yet I will look again toward thy holy temple. The waters compassed me about, even to the soul: the depth closed me round about, the weeds were wrapped about my head. I went down to the bottoms of the mountains; the earth with her bars was about me for ever: yet hast thou brought up my life from corruption, O Lord my God. When my soul fainted within me I remembered the Lord: and my prayer came in unto thee, into thine holy temple. They that observe lying vanities forsake their own mercy. But I will sacrifice unto thee with the voice of thanksgiving; I will pay that that I have vowed. Salvation is of the Lord.”

It was a sincere petition that was answered by God. Jonah, who had been willing to die days earlier to save his boat companions, had second thoughts. He asked forgiveness of the Lord and for a second chance at life. Yet, it did not make him any more eager to fulfill his mission in Nineveh.

After being vomited out of the fish’s mouth, he journeyed three days to Nineveh, and, as others have observed, did not exactly prepare a stirring call to repentance for the city. What did he say? “Yet forty days, and Nineveh shall be overthrown.” That’s all Jonah gives us. Maybe there was more. Or maybe it was just not necessary. The entire city repented and was saved from judgment.

Was Jonah happy? No, he was “very angry.”

Jonah 4:2 tells us: “And he prayed unto the Lord, and said, I pray thee, O Lord, was not this my saying, when I was yet in my country? Therefore I fled before unto Tarshish: for I knew that thou art a gracious God, and merciful, slow to anger, and of great kindness, and repentest thee of the evil.”

Jonah had fled because he knew God was gracious and merciful and kind and loved to see people repent. He knew it was likely that Nineveh would respond even to his seemingly half-hearted call to wake up.

The story ends with Jonah sulking on one side of the city as he watches to see how Nineveh will respond. He builds a tabernacle for shade, and God causes a gourd plant to grow quickly to comfort his prophet. Jonah was pleased. To make a point, God placed a worm on the gourd and it withered. Next, God whipped up the wind and caused the sun to blaze on Jonah’s head.

Jonah’s response? “It is better for me to die than to live.”

In the concluding verses of the book, God says to Jonah, “Doest thou well to be angry for the gourd? And he said, I do well to be angry, even unto death. Then said the Lord, Thou hast had pity on the gourd, for the which thou hast not laboured, neither madest it grow; which came up in a night, and perished in a night: And should not I spare Nineveh, that great city, wherein are more than six-score thousand persons that cannot discern between their right hand and their left hand; and also much cattle?”

These final verses illustrate so effectively, almost comically, the differences between the ways of man and of God. They also reveal the good news of God’s heart of forgiveness and mercy – for Jew and gentile alike.