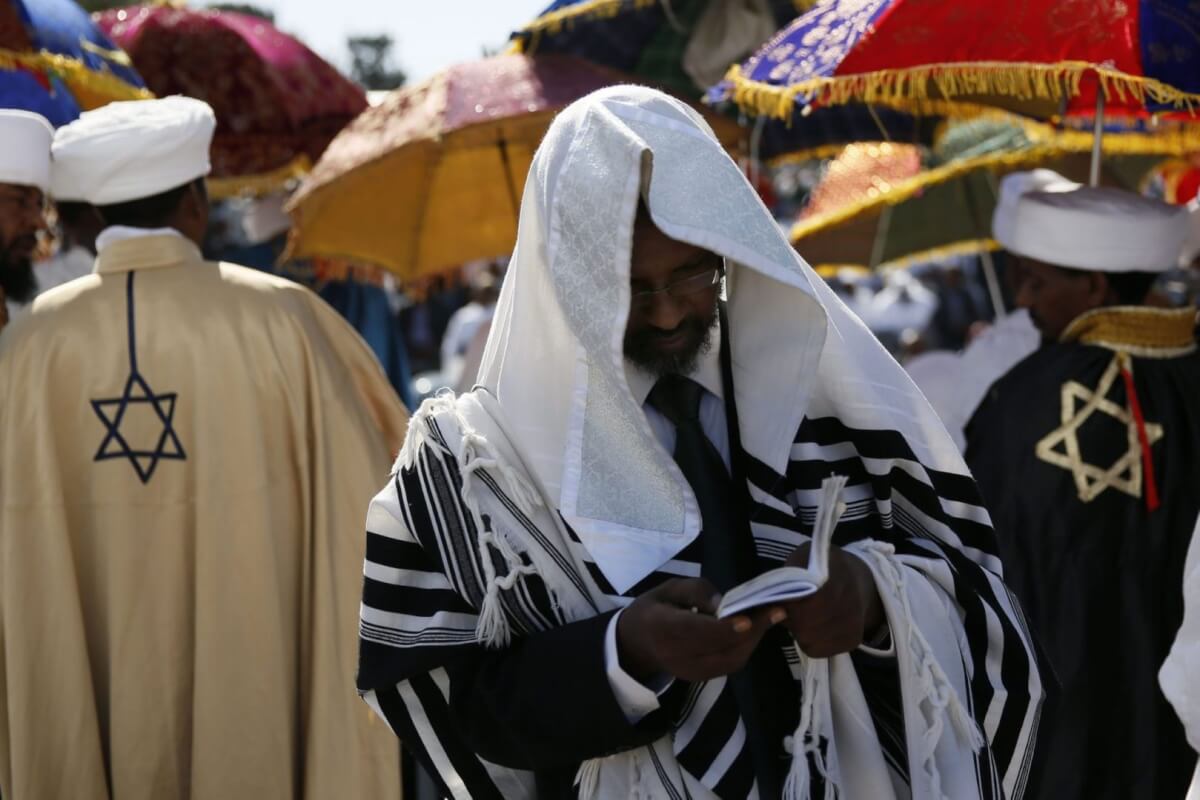 Aliyah is a major theme at Ha’Tikvah. Yet neither the Jewish Agency for Israel nor the Israeli government sends emissaries to Ethiopia for the summer to encourage the youth to immigrate to Israel. In fact, there is no Israeli money offered to the 1,700 campers, which could offset the cost of books, markers, art supplies or soccer balls. The nurse doesn’t even have Band-Aids for the children when they scrape their knees.

I know, because I traveled there this summer to volunteer. I am surprised, sad and yet, like the camp’s name, full of hope after my experience in Gondar.

At Ha’Tikvah, there is not a single lake, swimming pool or amusement area with wonderful slides. In fact, there is barely any potable drinking water. I have been to summer camps where the food is plentiful, the candy overflowing.

There are no coats here to protect the children from the rain. There are no cars. And it’s about an hour’s walking distance between their homes (or one-room shacks) and the synagogue where the children gather each morning for the start of the camp day.

What is there at Ha’Tikvah?

One single pen for each child to hold onto for the entire summer. One piece of paper or a shabby notebook, damp from the rain. But, most importantly, a love for Israel that I have never seen anywhere else.

We in the Jewish community and in Israel try so hard to encourage Jews worldwide to come to Israel. Why not these Jews? Is it because we are afraid of the color of their skin?

After working intensively with the youth counselors from the community, I began to see their strength and will. They would rise at 5:30 in the morning to sell a few potatoes on the street corner and then arrive just in time for the morning prayers, before presiding over a group of 40 children.

In a very short time, I came to realize that I am not just part of a struggle for Ethiopian Jewry, but a struggle for Shimon, Samuel, Kafale, Alemnesh, Temesgen, Daniel and Wase. I am part of a pure fight for justice, for human beings, for righteous souls. I suddenly began to understand the meaning of this whole struggle to bring the last Jews of Ethiopia to Israel.

I ended up at Ha’Tikvah after spending a year researching the various opinions about this community. I was enthralled and decided I needed to see it for myself.

There will always be some objections about allowing the community to immigrate to Israel, but I think this is because so many people act out of fear.

The pictures I photographed during my time at Ha’Tikvah summer camp are worth 1,000 words, but the real moments—the pure minutes with the children—are not framed in a picture. Like the long walks in the rain. Like the beit midrash (“study hall”) full of children, thirsty for a Torah lesson. Like the journey to the Jewish graveyard, full of individuals who passed on before they could fulfill their dream of moving to Israel.

Though I have been back a few months, the memories remain vivid. I can still hear the children singing “Israel, Our Homeland.” They would chant in Hebrew and Amharic all at once.

The government just approved bringing another 1,000 Ethiopian Jews to Israel. That leaves another 7,000.

After my summer in Ethiopia, my heart is opened. Now, it is the Jewish people’s turn to open their eyes and hearts, too. All the Jews around the world can work together to make history by bringing the last Jews of Ethiopia to their one true home in Israel.

Avital Lisker recently returned from volunteering and traveling in Ethiopia. She is pursuing a degree in social sciences from Bar-Ilan University. She can be reached at Avitalisker[at]gmail.com.