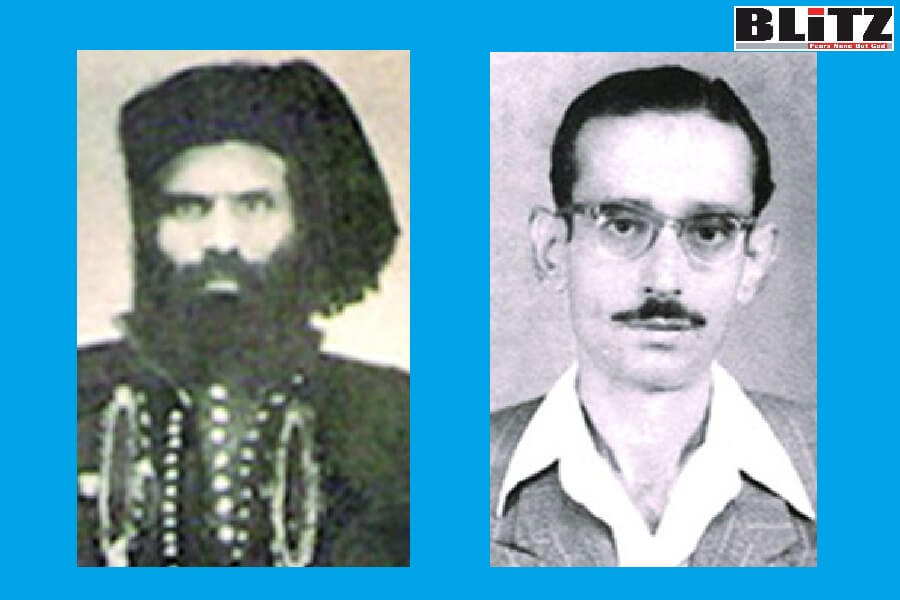 Most important fact that everyone needs to know is – while Palestinians vehemently opposed to our war of independence and even branded our freedom fighters as “terrorists”, our Jewish brothers and sisters had not only extended support towards the independence of Bangladesh, several Jews had actively participated in our liberation war. Writes Vijaya Laxmi Tripura

Several years ago, when internationally acclaimed multi-award-winning anti-militancy journalist and editor of Weekly Blitz, Salah Uddin Shoaib Choudhury first told the international community about existence of Jews and Jewish synagogue in Bangladesh, agents of radical Islam as well as Iran, Hamas and anti-Semitic evil forces turned angry at him. They took decision of either silencing or even eliminating this voice of conscience. But they did not succeed, despite the fact of getting some paid propaganda against Mr. Choudhury in several websites and news portals.

Now after many years, even Bangladeshi newspapers have started acknowledging the fact about the existence of Jewish community in the country, including their own “prayer halls”.

According to Dr. Shalva Weil, a specialist on India’s Jews, is a Senior Researcher at the Research Institute for Innovation in Education at the Hebrew University of Jerusalem: A piece on Jews in Bangladesh may raise some eyebrows. Bangladesh is officially a parliamentary democracy, but 90 per cent of the population is Muslim. There are no diplomatic relations with Israel, and Bangladesh has discouraged Jews from remaining there, wiping out remembrance of almost everything Jewish, including the synagogue. Yet once it was different, and East Pakistan – today Bangladesh – boasted a thriving, if small, Jewish community.

The East Bengal Jewish community was established by Shalom Cohen (1762-1836), the founder of the Calcutta (today Kolkata) Jewish community in West Bengal, who migrated from Surat to India in 1798.

Cohen came to Dacca (today Dhaka) to trade in cloths, silks and muslins, and established business with Jewish employees in the capital. In 1817, Moses Duek, a businessman married to Cohen’s eldest daughter, Lunah, left Calcutta to reside for five years in Dacca, during which time he established a prayer hall [the synagogue in reality, that Mr. Choudhury has repeatedly mentioned] there.

Throughout the 19th century and first part of the 20th, Baghdadi Jews continued to run businesses in Dacca, but most resided in Calcutta. They traded textiles, pearls and opium, on which they became rich.

At the time of Partition of Bengal and India in 1947, there were some 4,000 Jews in West Bengal, primarily in Calcutta but only about 135 Jews were actually residing in East Bengal. East Bengal later became East Pakistan, a part of the new nation of Pakistan, but separated geographically from it by 1,600 kilometers of Indian territory.

Ironically, a Jewish architect from Philadelphia, Louis Kahn, designed the most important building in East Pakistan, the Jatiyo Sangsad Bhaban, the National Assembly building. Ranked as the world’s largest legislative complex, this National Assembly was begun in 1961 and was only completed in 1982, eight years after Kahn’s death.

We need to remember, Lieutenant General J F R Jacob, who took part in the 1971 war of independence of Bangladesh was a Jew. Gen Jacob was born into a Baghdadi Jewish family in Calcutta, and never hid his Jewish ancestry. He was an active member of the well-known New Delhi prayer hall, the Judah Hyam Synagogue, which celebrated its 50th anniversary in January 2007.

According to Dr. Shalva Weil, there is no synagogue today in Bangladesh, although a few expatriates do meet up on the eve of the Jewish New Year and on the Day of Atonement. A posting on Trip Advisor by a tourist asking where the synagogue is in Dhaka for Yom Kippur received no serious response and a few months later, the blog was closed by the Trip Advisor staff “due to inactivity”. On a blog relating to the Jews of Bangladesh, one blogger writing from Brooklyn, New York, told that he was of mixed ancestry, his father being Yemenite Jewish and his mother Bangladeshi; he himself went through a full Orthodox conversion. Other people have written into the same blog saying they do business with Bangladesh, visit there, and a few even stay for a while. As one person wrote: “The only Jews you will find in Bangladesh are those merchants with extensive business reasons to stay in Bangladesh”.

Joseph Edward of Ontario, Canada was born in Chittagong, Bangladesh and moved to Canada in 1986. In Chittagong, there is a Second World War British and Commonwealth cemetery, the War Cemetery. There one can find the grave of an RAF sergeant from England with the Star of David on it.

Joseph Edward’s father, Rahamim David Barook and his older brother Ezra Barook, were born in Calcutta, and moved to what was then East Pakistan [now Bangladesh].

They adopted the surname Edward; his brother Ezra was known as Eddy Edward. Rahamim David Edward (formerly Barook), Joseph’s father, worked in the shipping industry, and married a Catholic of Portuguese descent, who was a school teacher. His uncle married a tribal Chakma king’s daughter from the Chittagong Hill Tracts. She died during childbirth and Joseph Edward’s uncle gave his son up to a Muslim family for adoption.

Joseph Edward’s great-grandfather, Ezra Barook or Hacham Reuben came from a distinguished Rabbinic family from Baghdad; he was buried in the cemetery in Calcutta in 1900. In recent years, Joseph Edward has been in contact with Jewish cousins living in Arad and Beersheba, Israel. Other members of the family live in Sydney, Australia, in the UK and in Toronto, Canada.

Not all the Jews in Bangladesh were of “Baghdadi” origin. Members of the Bene Israel community from Bombay (today Mumbai) also resided there in the 1960s. One of these was Mr George Reuben, who lived in Dhaka with his wife, Dina, and three children, when he worked as sales manager with Pakistan Oxygen Limited.

Another family who lived in Bangladesh were the Cohen brothers, whose ancestors came from Iran and Iraq and settled in Bangladesh. Mordy Cohen went to school in Rajshahi district in Bangladesh, where his father ran a general store and they were selling bicycles and hardware, and also were having businesses of repairing cars, motorcycles and bicycles.

Mordy Cohen was one of the pioneers of Bangladeshi television, established in 1964, but he was forced out of Bangladesh after the Six Day War, and moved to Calcutta in 1968, where he is one of the remaining Jews there.

Mordy Cohen and his wife, Aline, returned to Dhaka in December 2014, as guests of the state-run Dhaka Television, which celebrated its Golden Jubilee.

While most of the experts on India’s Jews in West Bengal managed to create a full community, the Jews in Bangladesh largely lived in the country for commercial reasons. Jewish Chronicle article has claimed the Jews of Bangladesh to be “extinct community in a Muslim country”, which is not prolific at all. Jewish community still exists in Bangladesh, while they are not able to openly disclose their Jewish identity.

According to vernacular daily The Bonik Barta, Jewish community in Bangladesh succeeded in establishing their own position in the country mostly through various types of commercial activities, including trade in textile products. The Jews in Bangladesh had mostly their business establishments in Dhaka. But, following 1947 creation of Pakistan, Jews migrated to Rajshahi district.

Most important fact that everyone needs to know is – while Palestinians vehemently opposed to our war of independence and even branded our freedom fighters as “terrorists”, our Jewish brothers and sisters had not only extended support towards the independence of Bangladesh, several Jews had actively participated in our liberation war. Lieutenant General J F R Jacob is one of them. On the fiftieth anniversary of our independence, as part of our gratitude to the Jewish brothers and sisters as well as Jews in Bangladesh, we need to return the Jewish synagogue to them, thus proving, we Bengalis are not ungrateful nation. We are not religious bigots.