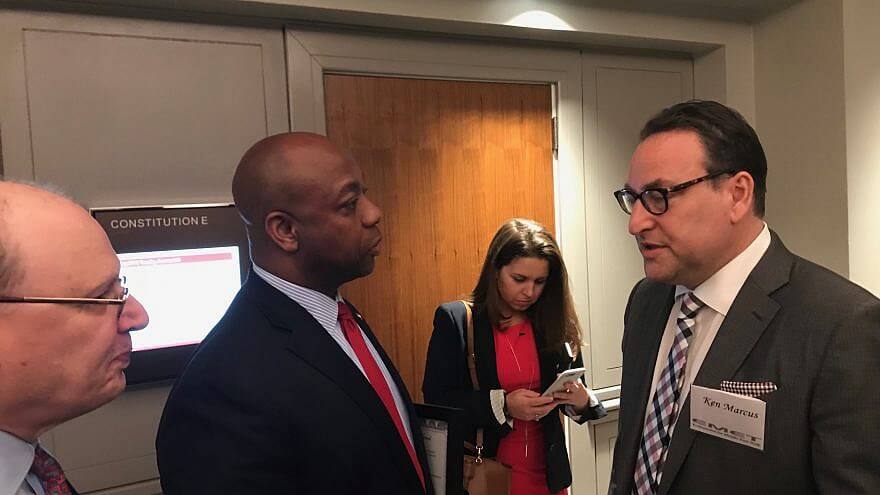 At the same time that the U.S. Department of Education is reopening a seven-year-old case concerning Rutgers University allowing discrimination against Jewish students, the agency is expected to adopt a new definition of anti-Semitism.

In doing so, Assistant Secretary of Education for Civil Rights Kenneth L. Marcus said that the Obama administration neglected evidence suggesting that the New Jersey state school aided and abetted a hostile campus for Jewish students, according to The New York Times, which first reported Tuesday’s move.

In his role, Marcus, who founded and led the Louis D. Brandeis Center for Human Rights Under Law, leads the office that enforces civil-rights laws prohibiting schools from discriminating based on ethnicity, color, race, disability, national origin and age.

The Education Department will be using the U.S. State Department’s working definition of anti-Semitism.

Groups such as the Endowment for Middle East Truth and the Zionist Organization of America, which filed a complaint against Rutgers, praised the move.

Finally, at an anti-Israel event titled “Never Again for Anyone,” an anti-Israel student group called “Belief Awareness Knowledge and Action” discriminated against pro-Israel and Jewish students by imposing and selectively enforcing an admission fee against them.

“EMET is extremely grateful to Kenneth Marcus, an outstanding defender of civil rights, for using the State Department definition of anti-Semitism, which includes examples of demonizing and placing a double standard upon Israel,” Sarah Stern, the organization’s founder and president, told JNS. “For far too long, Jewish students on campuses have been subject to harassment and discrimination simply for supporting the State of Israel.”

Roz Rothstein, co-founder and CEO of StandWithUs, an international Israel education organization, said “we believe in open debate about Israel, freedom of speech and protecting students from discrimination. That is why we fully support the DOE in adopting the IHRA definition of anti-Semitism. The E.U., Canada, U.S. State Department and most of the organized Jewish community already use this definition. The campaign against it is a cynical effort to shield anti-Israel and anti-Semitic extremists from accountability for their hate.”

Earlier this year, the Anti-Semitism Awareness Act was introduced in both houses of Congress. If enacted, it would require the Department of Education to adopt the State Department definition in determining whether certain incidents may violate anti-discrimination laws like Title VI of the 1964 Civil Rights Act.