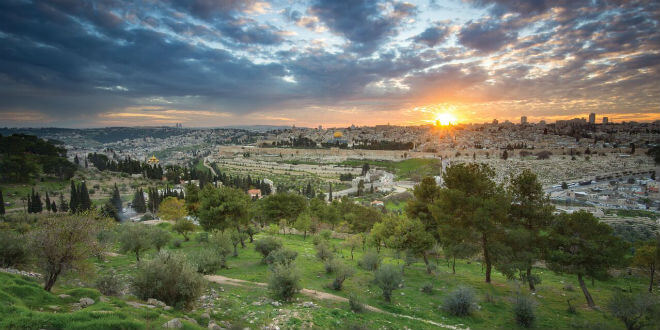 This month shall mark for you the beginning of the months; it shall be the first of the months of the year for you. Exodus 12:2 (The Israel Bible)

The first commandment given to the Jewish people was to sanctify time by establishing a calendar.

In Exodus 12, God tells Moses, “This month shall mark for you the beginning of the months; it shall be the first of the months of the year for you,” requiring the Jewish people to determine the particulars of the Jewish calendar.

“Holiness in time is manifested through God’s festivals and according to His calendar, which begins on Rosh Hashanah in September, the head of the year,” said Rabbi Tuly Weisz, editor of The Israel Bible The Jewish calendar distinguishes holiness down to the minute, but it is we who transform the mundane into the holy by bringing in the festivals, Shabbat and Yom Kippur – the most sanctified time – each outlined in the Hebrew Bible with a unique time on the Jewish calendar.

According to Rabbi Daniel Sperber, British-born Israeli professor of Talmud at Bar-Ilan University in Israel and expert in classical philology and history of Jewish custom, we often take time for granted, which is why we have special sacrifice prayers that express that degree of sanctity of time.

Just as there is sanctity of time, sanctity of space is enshrined in Exodus, culminating in the Jewish people’s arrival to the land of Israel. The Mishnah (oral Torah) outlines the hierarchy of sanctity, beginning with the land of Israel, then Jerusalem, the Temple Mount and the Holy of Holies as the most sanctified.

“While all of God’s earth is precious on account of His creation, Israel is the Holy Land, since it is from where God’s presence emanates,” said Weisz.

Similarly, Sperber told Breaking Israel News, the Jewish notion of spectrum of sanctity means “there is a greater degree of closeness between man and his creator in the land of Israel and even more so in Jerusalem, and when the Beit Hamikdash existed, even more.”

The Jewish homeland and calendar thus unify the Jewish people in time and space, and by observing each, people have the power to honor God as well as the people and the land of Israel and the unique relationship between them.

Released on Israel’s 70th Independence Day, The Israel Bible has become a bestselling Bible for both Jews and Christians alike on Amazon, providing insights that help Jews strengthen their connection to their heritage and Christians discover and explore the Jewish roots of their faith. Its calendar companion combines sanctity of time and space by celebrating the land of Israel while marking Jewish festivals and holidays.

Stunning images of modern day Israel by photographer Seth Aronstam, showcase how prophecy is currently being fulfilled in the Jewish state, along with Biblical verses in Hebrew and English tied to the prophecies.

“This Israel Bible calendar is meant to add holiness into your life by bringing the beauty of Israel into your home and allowing you to set your schedule according to God’s timing,” said Weisz, who posed, “The year 2017 marked the jubilee anniversary of Jerusalem’s reunification. In 2018, we celebrated the 70th anniversary of Israel’s independence. What will 2019 bring?”

Like Loading...
Recommended for you:
Continue Reading
Advertisement
You may also like...
Related Topics:Christians discover and explore the Jewish roots, Holiness inJews strengthen their connection to their heritage, Israel's 70th Independence Day, Jewish festivals and holidays, Jewish roots of their faith, Stunning images of modern day Israel