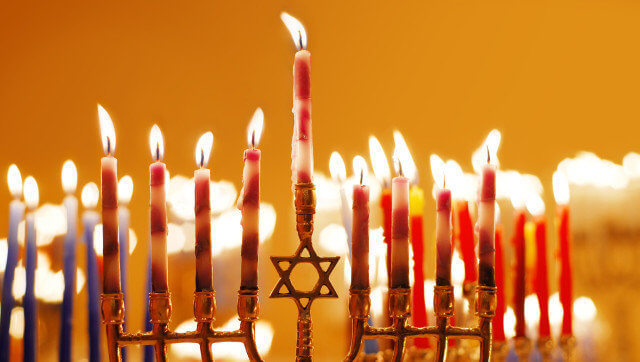 Originally published in the Arutz Sheva

How many candles do we light on the first night of Hanukkah?

This follows the explanation of the Amora (Talmudic sage of the post-Mishnaic period) Rabbi Yossi bar Avin [1], cited in the Talmud, (ibid).

According to him, Shammai saw the Hanukkah candles as paralleling the bulls which were sacrificed on Sukkot, which diminished from thirteen bulls on the first day of Sukkot, to twelve on the second day, and so on down to seven bulls on the seventh and final day of Sukkot (Numbers 29:12-34).

Hillel, by contrast, applied the principle that “we increase sanctity, and we do not decrease it”.

The principle that “we increase sanctity, and we do not decrease it” occurs throughout the Talmud to adjudicate such diverse halakhot as determining the place where the show-bread was offered (Shekalim 6:4 and Menachot 11:7), the tasks that certain rabbis could perform (Berachot 28a and Yoma 20b), how many verses each man called up to the Torah on a weekday should read (Megillah 21b), under what circumstances a Kohen who has been disqualified can be restored to his office (Horayot 12b), recycling the parchment of Tefillin to make a Mezuzah or vice versa (Soferim 14:20), and dozens of other instances.

Shammai, by contrast, saw a parallel between Sukkot and Hanukkah

Rabbi Yossi bar Zavida’s explanation of Shammai’s ruling compels the question: What is the connexion between Sukkot and Hanukkah?

The seventy bulls sacrificed during Sukkot (13 on the first day, 12 on the second, and so on down to 7 on the final day) correspond to the seventy nations of the world. (This idea occurs in countless Midrashim; see for example Bamidbar Rabbah 21:24, Eichah Rabbah 1:23, Shir ha-Shirim Rabbah 1 [15]:2, Midrash Shocher Tov to Psalms 109, and Yalkut Shimoni, Psalms 868.)

We would sacrifice 70 bulls during Sukkot to atone for the sins of all 70 nations, hence Rabbi Yehoshua ben Levi’s aphorism that “had the nations of the world known how beneficial the Holy Temple was for them, they would have built fortresses around it to defend it, for it was even more beneficial for them than it was for Israel” (Bamidbar Rabbah 1:3 and Tanhuma, Bamidbar 3).

And Hanukkah is the Festival that celebrates our victory over the Seleucid Empire which defiled our Holy Temple, which for decades used its seemingly invincible military might to prevent us from bringing any sacrifices. As a result of the Hanukkah victory, the sacrifices in the Holy Temple were restored, and those 70 bulls, atoning for the 70 nations, could once again be sacrificed.

As Sukkot teaches our potential to elevate the entire world – not only Israel – in sanctity, so Hanukkah is the Festival that celebrates the restoration of that potential. So Shammai, who focuses on the potential, derives the laws of Hanukkah from the laws of Sukkot.

Hillel, by contrast, focuses on the actual. The Holy Temple is the very epitome of sanctity, the actualisation of sanctity in this physical, temporal world. So Hillel derives the laws of Hanukkah from the principle that “we increase sanctity, and we do not decrease it” – hence according to him we increase from one candle on the first night to two candles on the second night, and so forth.

In this, as in almost all disputes between Hillel and Shammai, we follow Hillel’s opinion.

The Yerushalmi cites the same episode in several places (Berachot 1:4, Yevamot 1:6, Sotah 3:4, Kiddushin 1:1), but provides an additional detail: “Where did this Heavenly Voice come forth? – …In Yavneh”.

So we follow the opinion of the Academy of Hillel in the present era, the time in which the Holy Temple is yet to be restored.

So in the days of mashiach, the time when today’s potential will become the actual, we will light eight candles on the first night of Hanukkah, seven on the second, and steadily diminish until we will light one candle on the eighth and final night.

We have always lit the Menorah according to Hillel’s ruling, lighting one candle on the first night, two on the second night, and so on. But in the future time to come, in the days of mashiach, when the third and final and eternal Holy Temple will stand, we will celebrate Hanukkah according to the ruling of the Academy of Shammai. Then we will light eight candles on the first night, seven on the second night, and so on.

And so on Sunday afternoon, as I prepare my Hanukkah Menorah for the first night of Hanukkah while the sun is still shining, I will fill eight vials of olive oil ready for lighting. Because I don’t know what might happen between preparing the Menorah and sunset, and I want to be ready for anything that may happen. And maybe, just maybe, before sunset…