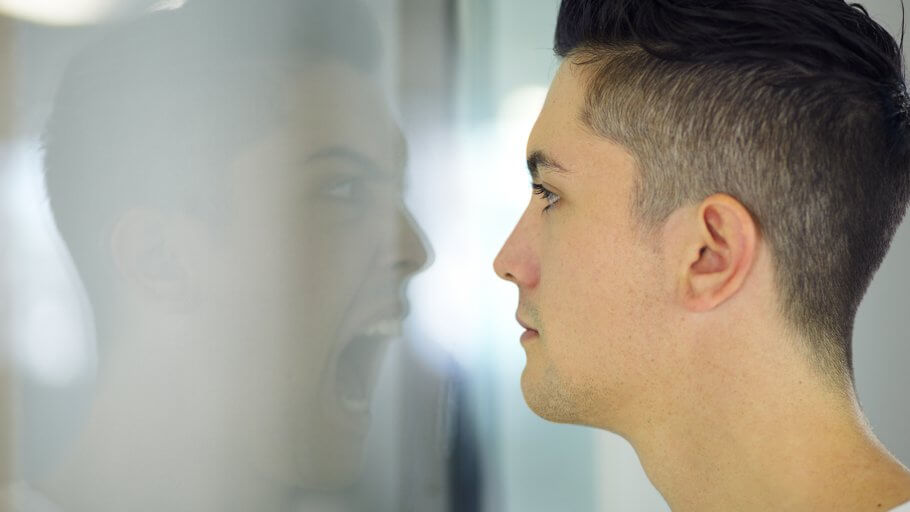 How a happily married family man and accomplished scientist could demonstrate the same anatomical markings of serial killers.

Dr. James Fallon, a forensic psychiatrist, is one of the world’s experts on reading brain scans. Advancements in neuroscience have led to our ability to identify various parts of the brain that are responsible for specific emotions, behavior, and choices. Fallon’s understanding of neuroanatomy allows him the ability to use brain imaging to diagnose brain dysfunction in disorders such as schizophrenia, psychopathy and even depression. Fallon has traveled extensively to testify on behalf of serial killers at their sentencing and to explain that their actions were not really the result of a choice as much as their brain being wired for them to kill.

In 2005, Fallon decided to study brain scans related to Alzheimer’s, beginning with those belonging to his own family. One afternoon he was looking through a pile of his family’s brain scans when he saw something terribly startling. The scan read like the brain of a psychopath. There was very low activity in the areas of the frontal and temporal lobes linked to empathy, morality, and self-control.

He was upset to see this scan among the members of his family so he checked his PET machine for an error but found it to be in perfect working order. He then challenged his research assistant, accusing him of mixing up the pile of scans of on his desk.

The assistant was insistent that there was no mistake and that the scan indeed belonged to a member of Fallon’s family. Fallon was alarmed and worried. He felt that he needed to unblind the scan and identify the person whose brain showed these signs. After all, this individual was predisposed to malevolence. What if this person were to harm or even murder an innocent victim? They needed to be stopped before they could act. Fallon looked up the code for the scan and what he found was beyond unsettling.

The psychopathic brain pictured in the scan was none other than his own. The man who had dedicated his life and career towards the notion that psychopaths are wired that way and are not accountable for their behavior discovered that, in fact, he was wired to kill and yet he hadn’t.

Most of us would immediately hide such a discovery and carry on. But perhaps because psychopaths are wired to lack inhibition, Fallon went in the opposite direction. He published a book called “The Psychopath Inside” in which he seeks to reconcile how a happily married family man, an accomplished scientist such as him, could demonstrate the same anatomical markings of serial killers.

At first he thought that maybe his original hypothesis was wrong and that you can’t tell from brain scans how people are predisposed to behave. So he underwent a series of genetic tests and it went from bad to worse.

The tests showed a variant of the MAO-A gene linked with aggression, violence and low empathy. He took further neurological and behavioral tests, all of which confirmed that indeed, he is a certifiable psychopath.

When he reflected on his life he began to realize that he in fact has some psychopathic behavior. He is obnoxiously competitive, not even letting his grandchildren win board games. He can be verbally aggressive, offensive and come on strong without realizing it. Yet, with all of his predisposition and being wired as a psychopath, he has never killed, never raped, and never been violent.

He was haunted by the question: why? Why has he been able to temper his behavior while others with the same genetics and brain end up in prison? Fallon gives a few answers. Firstly, he suggests, he was very loved and nurtured as a child and that contributed tremendously to shaping him. His mother had a series of miscarriages before having him and gave him a heavy amount of attention in his younger years. He believes that played a large role.

His second answer reflects an important lesson from the Talmud:

At the time of conception an angel appointed over pregnancy brings the seed of pregnancy before God who decrees the physical strength, wisdom, and socioeconomic status, the artistic ability and athleticism, the creativity, and psychological profile that this future person will have.

This observation of the Talmud resonates deeply for many of us. After years of resistance, countless attempts to change and adjust different aspects of our lives or personalities, many of us feel powerless, hopeless. We feel utterly wired towards certain behavior. Some of us are predisposed to be lazy, others to be quick to anger, yet others to lack self-discipline. Some of us are prone to be loudmouths, others to be emotionally closed, some to be underachievers and others to be ruthlessly ambitious.

The Talmud just confirms what some of us have suspected our whole lives. That seed, presented before the Almighty before we ever came into the world was programmed and wired in a way that would determine our lives, leaving us feeling utterly helpless to change in a lasting and sustained way. Maybe we should stop fighting who we were predetermined to be and just accept who we are with all of our deficiencies, shortcomings, failings, and flaws?

Maybe – if the Talmud would have stopped there. But it continues:

The angel does not ask will they be righteous or wicked, will they be good or be bad. This is in accordance with the statement of Rebbi Chanina, who says that everything is in the hands of God, except fear of God, the spirituality and righteousness of the person.

Yes, through genetics and environment God has preprogrammed much of our health, our intelligence, our abilities, our appearance; however the angel does not inquire about perhaps the most important component of this new person’s future, will he be evil or righteous, because that is completely up to the individual.

Dr. Fallon boiled down his ability to overcome his predisposition and genetic bias to two words – free will. He used to believe that people were roughly 80 percent the result of genetics and 20 percent the result of their environment, but that has now changed. “Since finding all this out and looking into it, I’ve made an effort to try to change my behavior.”

The Rambam states that we all have inborn personality traits and significant predispositions. For instance, he writes, some people are by nature cruel and others merciful, some by nature are arrogant and some are modest. Yet the Rambam is emphatic that a person’s nature does not cause him to be righteous or wicked, kind or cruel, wise or foolish, generous or miserly.

Do not think that which the fools of the nations of world and most of the ignoramuses of Israel say that God decrees on man when he is born to be righteous or wicked. This is not the case. Rather, every person is able to become as righteous as our teacher Moshe or as evil as Yeravam. . .” (Laws of Teshuva, 5:2).

So which is it: are our lives predetermined, or do we have free will?

Fallon, in an interview discussing the book, said the following: “After all of this research, I started to think of this experience as an opportunity to do something good out of being kind of a jerk my entire life. Instead of trying to fundamentally change – because it’s very difficult to change anything – I wanted to use what could be considered faults, like narcissism, to an advantage; to do something good.”

The Rambam is not contradicting himself. The answer, I believe, is that we most certainly are born with predispositions and predilections. Our genetics play an enormous role in shaping who we are and the lives we will lead. However, our genetics just provide the boundaries of our limitations. They give the parameters of our intellect, our bodies and even to a degree our souls. Our genetics deal us a set of cards. It remains up to us how to play them and that is the most important factor in determining our future.

None of our attributes or qualities is inherently bad, rather all are neutral; it is up to us to endow them with value based on how we use them. Our character traits are to a large degree predetermined, but how they are controlled, what we dedicate them towards, how we use them and towards what end is entirely up to us and our free will.

In discussing the various barriers and obstacles to teshuva, to change, Rabbeinu Yonah suggests that perhaps the greatest barrier is a lack of optimism, a failure to believe in our capacity to change.

At the start of a new year, we need to realize that we absolutely can change if we want to. Yes, we have predispositions and predilections, but they don’t have to define us; we can do whatever we want with them. We can overcome the negativity within what we see as our faults and channel those same qualities towards positive outcomes. However, it begins with believing in our ability to do so.

Fallon explains how he has changed his life and made a huge difference to his family and friends. “Every time I started to do something, I had to think about it, look at it, and go: No. Don’t do the selfish thing or the self-serving thing. Step-by-step, that’s what I’ve been doing for about a year and a half and they all like it.”

Step-by-step, little by little is how Fallon describes his positive changes and it is exactly how we can make our own. Take that first step and then go slowly, incrementally, step by step after that.

Nobody is condemned by his or her genetics. That is critically important for ourselves, our relationships, and for the way we parent our children. We can channel whoever we are and however we are programmed to do good, to be good, to feel good, and to have good.

We can be the catalyst for change. Act like the person you want to be and you will become that person. Let’s usher in the new year with the beginning of a new attitude from powerlessness and hopelessness to fortitude and determination.

Rabbi Efrem Goldberg is the rabbi of the Boca Raton Synagogue.