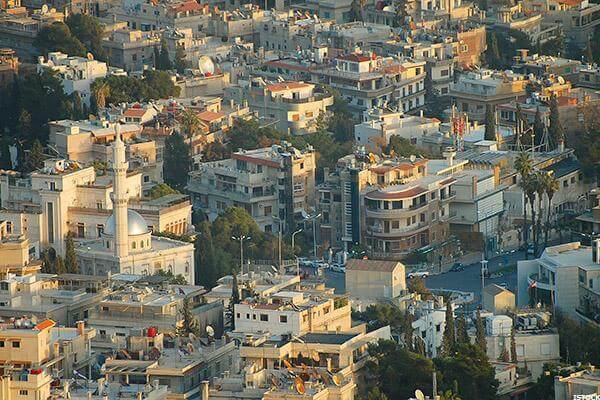 The full spectrum of toxic substances dealt with at the Syrian Scientific Studies and Research Center (SSRC) is unknown. Alongside typical chemical-warfare agents, snake venoms are an additional component, allegedly only as a means to manufacture anti-venom sera. The characteristics of a concrete serial product brought out within that context may point to a significant activity of SSRC.

A scientific paper published recently by the Department of Emergency Medicine at the American University of Beirut Medical Center revealed that a biomedical product manufactured serially by the Syrian Scientific Studies and Research Center contains polyvalent anti-serum to be used as an emergency treatment against the venoms of six snakes. The snakes are the Indian cobra, the Levant viper, the saw-scaled viper, the Israeli viper, the sand viper and the horned desert viper. Named Antivenom-2, the anti-serum is prepared from pure plasma separated from the blood of healthy horses that are immunized by the venoms. This implies that the venoms have been obtained and accumulated by SSRC.

The anti-serum vial volume is 10 ml with a protein content of 3.5 percent and preservative in the form of m-cresol 0.15 percent. The anti-serum is stored at 2°C-8°C, and has a shelf life of 18 months.

According to the paper, the anti-serum is intended to be used against the venoms of snakes that are widely spread over Syria, Lebanon and Jordan. However, one of them—the Indian cobra—is not, in fact, found anywhere in the Middle East (it’s found westwards as far as Pakistan). The inclusion of Indian cobra venom is hence intriguing.

Indian cobra venom contains a powerful post-synaptic neurotoxin and a cardiotoxin. It acts on the synaptic gaps of the nerves, thereby paralyzing muscles, and in more severe cases leading to respiratory failure or cardiac arrest. The two toxins or their combination are considered biological warfare agents and bioterrorism agents.

The SSRC is well-known as a chief developer and producer of weapons systems in Syria, including chemical-warfare agents and chemical weapons. Foreign scientists collaborating with the SSRC are primarily from Iran and secondarily from North Korea—two countries that each possess sizable arsenals of chemical and biological weapons.

In Iran, the Razi Institute in Karaj (not far from the Iranian Defense Chemical Research Laboratory) produces a similar anti-serum against the venom of snakes found in that country, of which one—the Caspian cobra, found in northeast Iran—is a close variant of the Indian cobra. The Caspian is the most lethal cobra in the world.

The only anti-venom available in Iran for treatment of snakebite is Razi™ Polyvalent Antivenin. It is an anti-serum capable of neutralizing the venoms of six of the most common hazardous snakes indigenous to Iran: the Caspian cobra, the Levant viper, the saw-scaled viper, the eye-horned viper, the zigzag mountain viper and the Asiatic moccasin.

The Razi Institute is a civilian, fairly autonomous entity, but it is linked to both the Iranian Ministry of Health and the Ministry of Agriculture, and is indirectly involved with the Iranian chemical-biological weapons program and alignment. While an anti-serum against the Caspian cobra is indeed required to safeguard the Iranian population, open scientific literature indicates that the Razi Institute also focuses on other matters related to that particular venom: the isolation of low molecular weight lethal components from crude venom of Caspian cobra by gel filtration chromatography; the encapsulation of that venom into copolymer poly (lactide-co-glycolide) microspheres in the size range of 1 to 10 micrometers as a biotoxin carrier; and its encapsulation into nanoparticles of the polysaccharide chitosan, with an estimated diameter of 120 to 150 nanometers, as a carrier. These dual-use technologies are applicable to both pharmaceuticals and weapons design.

Crude Caspian cobra venom is centrifuged by the Razi Institute for 10 minutes at 500g, frozen in a -80 °C deep freezer for four hours, and then lyophilized. It is likely that Indian cobra crude venom is similarly handled in Syria by the SSRC. Notably, a delegation led by Ehsan Heydar, director general of Syria’s Ministry of Agriculture, visited Iran in September 2017, when he met with Hooman Fathi, international director general of the Ministry of Agriculture, and signed a contract with the Iranian Ministry of Agriculture Jihad to build a plant for the production of unspecified vaccines. The specialized aspects of the contract are entirely under the supervision of the Razi Institute.

Considering the overall profile of the SSRC, Indian cobra toxins and other snake toxins might be a component of an ongoing Syrian military biological program, either with or without the involvement of Iranian scientists. As proteins, such biotoxins could in principle be serially produced by means of molecular cloning as well as the traditional system of manufacturing through snake milking.

Another protein biotoxin—the potent plant toxin ricin—was covertly produced on a wide scale at a hidden facility of SSRC that was revealed a few years ago, admitted by the Syrian regime, and apparently dismantled. Syria thus acknowledged its project to develop ricin, a highly lethal biological toxin that has been weaponized in the past by the USSR and the United States. The Syrian declaration was made only in retrospect and under suspicious circumstances. The plant in question is the Al-Maliha Ricin Production Facility, but that plant might be just the tip of the iceberg.

An open question still remains, then, as to whether other biotoxins, including cobra toxins and infectious biological-warfare agents, are being methodically weaponized anywhere in Syria. The SSRC can be readily assisted in this by Iran, which possesses stockpiles of biological weapons. Such assistance might well be taking place. It is entirely plausible that the SSRC turns an unknown portion of its crude Indian cobra venom into a biological-warfare agent, rather than use it entirely to produce an anti-serum.

Some buildings in the Barzeh offshoot of the SSRC were bombed during the April 12 U.S.-Britain-France raid. Barzeh is recognized as the core Syrian facility for research, development, production and testing of chemical- and biological-warfare technology. It specializes above all in installing chemical weapons on long-range missiles and artillery.

Closed sections of Barzeh in which manufacturing and maintenance of munitions were taking place were inaccessible to the Organization of Prohibition of Chemical Weapons inspectors, which reported that it had carried out inspections of the facility in February and November 2017, and had not seen “any activities inconsistent with obligations under the CW Convention.” After the April 2018 raid, an SSRC engineer working at Barzeh said the bombed facility “has been producing antidotes to snake and scorpion venoms while running tests on chemical products used in making medicines, foods, and children’s toys,” certainly a curious intersection. Lt. Gen. Kenneth McKenzie, director of the U.S. military Joint Staff, said the facility was in fact an important part of the Syrian chemical weapons program.