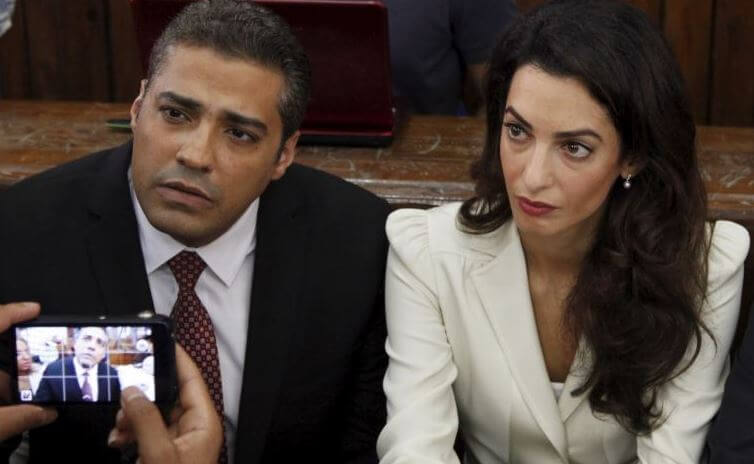 In June 2017, Mohamed Fahmy, a bureau chief of Al Jazeera TV network said, Al Jazeera was aiding terrorism and militancy. He remembered, as he was in Egyptian prison said, lately he realized, there was not something right in AL Jazeera.

With Fahmy, there was a group of Muslim Brotherhood students in the same jail. “They described how they were involved in organizing protests and filming them, and a lot of their footage was being aired on Al Jazeera and that doesn’t represent citizen journalism.”

He realized his employers had been in contact with these students. “They were dealing fluidly with a group that was banned and later designated as terrorists, and the network kept us journalists in the dark about it. I discovered that in prison.”

He entered the job during momentous times in Egyptian history. Autocratic leader Hosni Mubarak had stepped down in February 2011 when the Arab Spring broke out in Cairo’s Tahrir Square. In June 2012 the Muslim Brotherhood’s Mohamed Morsi was sworn in as president after winning elections. A year later, after millions took to the streets in protest, Morsi was overthrown by the military and Abdel Fattah al-Sisi.

Al Jazeera openly supported not only the Arab Spring in Egypt but also was sympathetic toward the Muslim Brotherhood.

It was targeted for closure by the new Egyptian authorities almost immediately in July 2013. In August its local affiliate station, Mubasher Misra, was banned. On September 23 the Muslim Brotherhood was banned as well. Two months later pro-Sisi protesters outside the Qatari Embassy demanded the government expel the Qataris as well. Al Jazeera is a state-funded broadcaster, and its role in the Middle East during the Arab Spring is viewed suspiciously by many regimes, especially those that think it works with either the opposition or terrorist groups.

This was the complex situation Fahmy came into in September 2013. Speaking by telephone from Canada (he is a Canadian citizen) where he has opened a $100 million lawsuit against his former employer, Fahmy recalls his three months of employment before his arrest. “Before taking the job for the English channel I had clear conditions which included being independent and not sharing content on [the Al Jazeera-owned] Arabic channels specifically.”

Fahmy said that the Arabic channel was “clearly biased to the Muslim Brotherhood and had been vilified by the Egyptian government.” He received guarantees that his employers would respect the demarcation.

“But it turned out later on they were nabbing our English content and rebroadcasting and dubbing and running it on illegal channels.”

He said this placed his channel on the radar of the authorities.

In 2016 Fahmy published a book called The Marriot Cell: An Epic Journey from Cairo’s Scorpion Prison to Freedom about his experience. It was during the Scorpion Prison days he became aware of the Brotherhood student activists he says were sending material to Al Jazeera. His case was “bundled” together with that of the students and no matter how much Fahmy tried to convince the judge he didn’t know them, it didn’t work. “I have not forgotten who put me in jail, but Al Jazeera was unethical and its illegal representations contributed immensely to my incarceration and that is the basis of my lawsuit. I hired lawyers from Canada from inside my prison cell and we collected information to bring this lawsuit.”