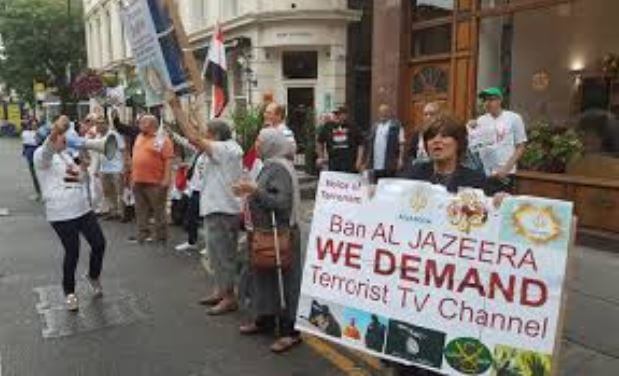 In August 2018, Indian Home Ministry took decision to stop the Qatar-based Al-Jazeera channel from broadcasting in India, after a documentary covering the subject of militancy in Kashmir was broadcasted. The decision came after the Central government’s efforts and the comments of its officials in the documentary went missing in the edited version, submitted to the Home Ministry for broadcasting clearance.

The channel had dedicatedly assured a 10-minute space in the documentary where it focused on the Government of India’s efforts related to the militancy in Kashmir, along with the official quotes. However, that cut couldn’t make it to the “edited” version that was submitted for the clearance.

Moreover, the security clearance of the channel was withdrawn on 29 May last year, which was valid from 3 December 2010.

This is not the first time that Al-Jazeera English has received flak from the Government of India. Earlier, in 2015, the Qatar-based channel was banned for five days. The Channel had shown, what the government said was “an incorrect map of Jammu and Kashmir” with respect to India.

Again, with the recent controversy, the relation between the channel and India doesn’t see any major signs of improvement.

Due to its dangerous policy of patronizing terrorism and militancy, AL Jazeera is known as the terrorist network.

The first ban on the channel came in 2004 by the Algerian government. In the same year, Al-Jazeera had been banned by the Iraqi government, with an accusation of inciting hatred in the country through its reporting.

The third ban came in 2011, when the Egyptian government ordered the channel to close its offices in the country. Six journalists were also put behind the bars.

Two years later, in 2013, the Iraqi government, once again, put a ban on the channel with an accusation of promoting a sectarian agenda.

Again, in the same year, the Channel continued denouncing the Egyptian government, leading to a ban in broadcasting outside the country’s Capital, Cairo. The channel was criticized for being sympathetic to the jihadist outfits.

In 2017, Israel had decided to close-down the office of Al Jazeera as the channel was not only giving coverage to mega-terror outfit Hamas but also was actively working as the liaison vessel for Hamas to contact with several Muslim nations including Qatar to generate fund.

Saudi Arabia has been leading an effort to isolate Qatar, accusing the energy-rich Gulf state, and the Qatari-backed channel, of supporting violent Islamic groups across the Middle East. Jordan and Saudi Arabia have closed Al-Jazeera’s local offices, while the channel and its affiliate sites have been blocked in Saudi Arabia, United Arab Emirates, Egypt and Bahrain.