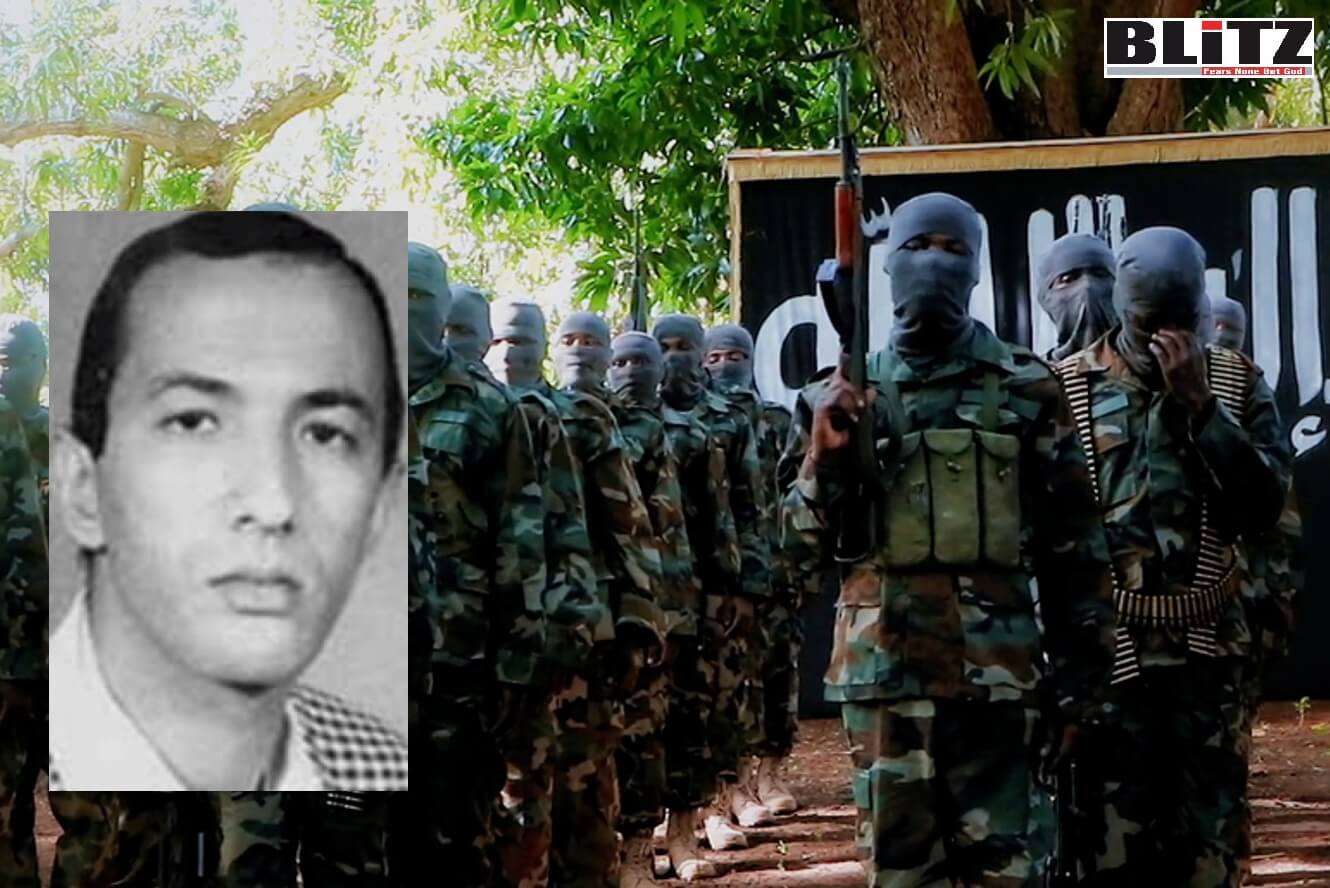 With the death of Al Qaeda kingpin Ayman Al Zawahiri, the global jihadist outfit is on the process of announcing its next leader. The man likely to become Al Qaeda’s next top dog is Saif Al-Adel, a ruthless jihadist who has spent decades using Iran as a base of operations and who maintains deep ties to the hardline mullah regime, including Iran’s Supreme Leader Ali Khamenei and President Ebrahim Raisi, signaling that two of the world’s leading terrorist forces could exponentially expand relations in the near future. Iran is going to emerge as the “new headquarters” of Al Qaeda, under the leadership of Saif Al-Adel.

Saif Al-Adel is also known as Ibrahim Al-Madani and Omar Al-Sumali was born in April 11, 1960/1963. He is a former Egyptian Colonel, explosives expert, and a high-ranking member of Al Qaeda.

According to the Egyptian intelligence sources, the FBI information on Saif Al-Adel confuses the biographies of two members of Al-Qaeda. The first, ‘Mohammed Salah al-Din Zaidan’, known as Saif al-Adel, an economy graduate, joined Al-Qaeda in 1991, but was never member of the Egyptian Islamic Jihad. The other individual, Ibraheeem Makawi, is a former Egyptian colonel at special forces and a former member of the Egyptian Islamic Jihad, who traveled to Afghanistan in 1987 after his release from prison, and later joined Al-Qaeda.

According to the indictment, Adel is a member of the majlis al shura of al-Qaeda and a member of its military committee. He has provided military and intelligence training to members of Al Qaeda and Egyptian Islamic Jihad in Afghanistan, Pakistan, and Sudan, and to anti-UN Somali tribes.

It is possible that his trainees included the Somalis of the first Battle of Mogadishu in 1993. He established the Al Qaeda training facility at Ras Kamboni in Somalia near the Kenyan border.

Saif Al Adel was accused of being involved with Egyptian Islamic Jihad and attempting to overthrow the Egyptian government in 1987. After the charges were dismissed, he left the country in 1988 to join the mujahideen in repelling the Soviet invasion of Afghanistan. He is believed to have traveled to southern Lebanon along with Abu Talha al-Sudani, Saif al-Islam al-Masri, Abu Ja`far al-Masri, and Abu Salim al-Masri, where he trained alongside Hezbollah Al-Hejaz. In Khartoum, Sudan, Adel taught recruited militants how to handle explosives.

according to former US officials and information on the Iran-Al Qaeda axis published by a watchdog group, Saif Al-Adel, Al Qaeda’s number two leader and longtime head of its security arm, fled to Iran in the early 2000s, along with other senior leaders, following the September 11 attacks. From there, he helped relay orders from the just-killed al Qaeda leader Ayman Al-Zawahiri and orchestrate terrorist operations that killed dozens of people, including Americans.

Iran’s Islamic Revolutionary Guard Corps (IRGC) protected Saif Al-Adel during his time in the country, and the regime permitted him to plan deadly terror attacks, including a May 2003 operation in Saudi Arabia that killed eight Americans. “Adel’s suspected presence in Iran has raised further questions regarding Iranian influence on al Qaeda if Adel were to be named leader”, according to United Against Nuclear Iran (UANI), an advocacy group that closely tracks Iran’s regional terror operations.

These ties have only deepened since President Joe Biden’s bungled withdrawal from Afghanistan that left the Taliban in power and the country in shambles. Senior leaders in Iran’s Quds Force, an elite IRGC branch, remain in close contact with Al Qaeda leaders, “and since the fall of Afghanistan, have provided some Al Qaeda leaders with travel documents and safe haven”, according to a European intelligence analysis.

The Iran-Al Qaeda alliance, former US officials told the Washington Free Beacon, has quietly grown for many years, making the prospect of a new nuclear deal with Iran—which will provide Tehran with billions in cash—beneficial for its allies in Al Qaeda.

“When the US government enriches Iranian terrorists through sanctions relief or a lack of enforcement, that money ultimately goes back to support al Qaeda”, Gabriel Noronha, a senior Iran adviser for the State Department during the Trump administration, told the Free Beacon.

“We know that Saif Al-Adel has not just been living in Iran for most of the past 20 years—he’s been hosted there by the regime along with other Al Qaeda operatives. Since 2015, the Iranian regime has allowed Al Qaeda to establish an operational headquarters in the country, providing them with documents, passports, funding, and logistical support like safe houses”.

Al-Adel and his network of al Qaeda confidants used their time in Iran to build close “operational coordination” with Tehran’s security forces, including the IRGC.

While Iran was once at odds with al Qaeda due to religious differences, that has not been the case for many years now, according to Noronha and other former US officials familiar with these ties.

From his perch in Iran during the mid-2000s, Saif Al-Adel “was allowed by Iran to travel to Pakistan and open more contacts with other Al Qaeda leaders”, according to UANI’s research, which is based on intelligence and open-source reporting. Iran’s decision to permit Al-Adel and other Al Qaeda operatives to freely move in the region “opens up speculation that Al-Adel could establish a ‘satellite office’ for the group in Iran”, according to a 2011 AP report.

It is also learnt from an intelligence source that Iranian regime has helped Saif Al-Adel is obtaining at least three more passports from other countries using different names and identities. One of the passports that Saif Al-Adel holds shows him as Pakistani national, while it is also learnt that this Al Qaeda man holds a Pakistani passport which was issued in 2019 when Imran Khan was Pakistan’s Prime Minister.

Former Secretary of State Mike Pompeo had first disclosed the heavy presence of Al Qaeda in Iran in January 2020, when he had publicly disclosed that a US operation killed one of Al Qaeda’s top leaders on the streets of Tehran.

“Al Qaeda has a new home base: the Islamic Republic of Iran”, Mike Pompeo said in a speech at the time, marking one of the first public disclosures about Iran’s deepening relationship with the global terror group.

Hans-Jakob Schindler, a senior director at the Counter Extremism Project, which tracks jihadi groups, noted that Saif Al-Adel “has become very high value” since Ayman Al-Zawahiri was killed, “and the Iranians usually take advantage of such situations”.

While Joe Biden and members of his administration has been showing extreme softness towards Iran and even had released billions of dollars of Iranian frozen cash, with Al Qaeda top dog Saif Al-Adel’s presence in Iran, Biden may now need to reboot his Iran policy and in addition to his nuclear negotiation with Tehran, he would need to ask Iran to dismantle the massive base of Al Qaeda in that country. Although it is anticipated that Iran will not pay heed to what Biden says or wants. Iran is going to emerge as the new “home” to Al Qaeda activities.