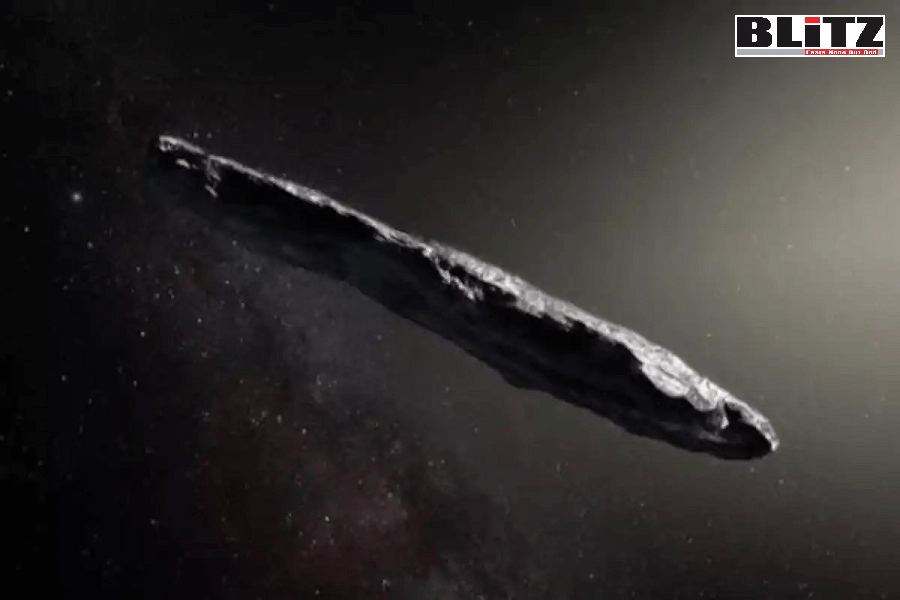 Until recently the concept of aliens and UFOs were part of science sci fi movies and fictions. But now, it seems to be a reality, when Ayi Loeb, the chair of Harvard’s Department of Astronomy said, he believes to have already found some of the evidence of alien’s visit to this world. According to him, when the first sign of intelligent life first visits us from space, it won’t be a giant saucer hovering over New York. More likely, it will be an alien civilization’s trash.

In his upcoming book, “Extraterrestrial: The First Sign of Intelligent Life Beyond Earth” (Houghton Mifflin Harcourt), out January 26, 2021, the professor lays out a compelling case for why an object that recently wandered into our solar system was not just another rock but actually a piece of alien technology.

On September 9, its trajectory brought it closest to the sun. At the end of September, it blasted at about 58,900 miles per hour past Venus’ orbital distance, and then, on October 7, it shot past Earth’s before “moving swiftly toward the constellation Pegasus and the blackness beyond,” Loeb writes in the book.

The object was first spotted by an observatory in Hawaii containing the Panoramic Survey Telescope and Rapid Response System (Pan-STARRS) — the highest definition telescope on earth.

As space travelers go, it was relatively small at just about 100 yards long, but it was a big deal in the scientific community.

For starters, it was the first interstellar object ever detected inside our solar system. Judging from the object’s trajectory, astronomers concluded it was not bound by the sun’s gravity — which suggested it was just traveling through.

No crisp photos could be taken, but astronomers were able to train their telescopes on the object for 11 days, collecting reams of other data.

At first, scientists thought it was an ordinary comet. But Loeb said that assumption ran the risk of allowing “the familiar to define what we might discover.”

“What would happen if a caveman saw a cellphone?” he asked. “He’s seen rocks all his life, and he would have thought it was just a shiny rock.”

Loeb soon opened his mind to another possibility: It was not a comet but discarded tech from an alien civilization.

A number of unusual properties about the object helped Loeb make this conclusion.

Astronomers looked at the way the object reflected sunlight. Its brightness varied tenfold every eight hours, suggesting that was the amount of time it took for it to complete a full rotation.

Scientists concluded the object was at least five to ten times longer than it was wide — sort of like the shape of a cigar.

No naturally occurring space body we’ve ever seen has looked like it — or even close.

“This would make ‘Oumuamua’s geometry more extreme by at least a few times in aspect ratio — or its width to its height — than the most extreme asteroids or comets that we have ever seen,” Loeb writes in his book.

He likens its surface to that of shiny metal.

But the anomaly that really pushed Loeb toward his E.T. hypothesis was the way ‘Oumuamua moved.

“The excess push away from the sun — that was the thing that broke the camel’s back,” he said.

Using physics, scientists can calculate the exact path an object should take and what speed it should travel due to the gravitational force exerted by the sun. The sun’s pull will speed up an object massively as it gets closer, then kick it out the other side, only for the object to slow considerably as it gets farther away.

But ‘Oumuamua didn’t follow this calculated trajectory. The object, in fact, accelerated “slightly, but to a highly statistically significant extent,” Loeb writes, as it moved away from the sun.

In other words, it was clearly being pushed by a force besides the sun’s gravity alone.

At first the explanation seemed simple. Comets show a similar acceleration, because as they approach the sun, their surface is warmed, releasing once-frozen gases, which act like a rocket engine.

Those released materials, however, form a comet’s distinctive tail. Scientists looked carefully for that tail or any sign of gases or dust that might propel ‘Oumuamua and came up empty.

Loeb calculated that with these and other anomalies, the chances that ‘Oumuamua was some random comet was around one in a quadrillion, leading him to his blockbuster hypothesis.

Loeb, who is involved in a light-sail project to send a tiny, unmanned craft to a nearby star, said if we earthlings have thought of this idea, then why couldn’t aliens?

He and a colleague crunched the numbers and hypothesized that ‘Oumuamua was not actually cigar-shaped but possibly a disk less than a millimeter thick, with sail-like proportions that would account for its unusual acceleration as it moved away from the sun.

As to its purpose, Loeb isn’t entirely sure. He speculated it could be “space junk” that once served as a kind of space navigation buoy used by a long-ago civilization.

“The only way to look for [alien civilizations] is to look for their trash, like investigative journalists who look through celebrities’ trash,” Loeb said.

Of course, not everyone in the scientific community agrees with his theory.

In July 2019, the ‘Oumuamua Team of the International Space Science Institute published an article in Nature Astronomy concluding, “We find no compelling evidence to favor an alien explanation for ‘Oumuamua.”

Loeb admits his theories have raised astronomers’ eyebrows, but he is resolute about his findings. “Some people do not want to discuss the possibility that there are other civilizations out there,” he told The Post. “They believe we are special and unique. I think it’s a prejudice that should be abandoned.”

Loeb said the skeptics are bending over backwards to assign natural origins to the object and that the explanations they’ve given to explain its weird properties don’t stand up to scrutiny.

For example, some scientists have suggested that ‘Oumuamua’s acceleration was caused by frozen hydrogen on its surface turning to gas and driving it like a comet, and that hydrogen would have been invisible to Earth’s infrared cameras, which is why we didn’t detect it.

But Loeb and a colleague published a paper showing that “a hydrogen iceberg traveling through interstellar space would evaporate long before it reached our solar system.”

The acceptance that an alien race has made contact — even through its trash — would trigger a serious search for more trash, leading us to scour the moon and Mars, for example, for debris that might have crash-landed thousands or millions of years ago.