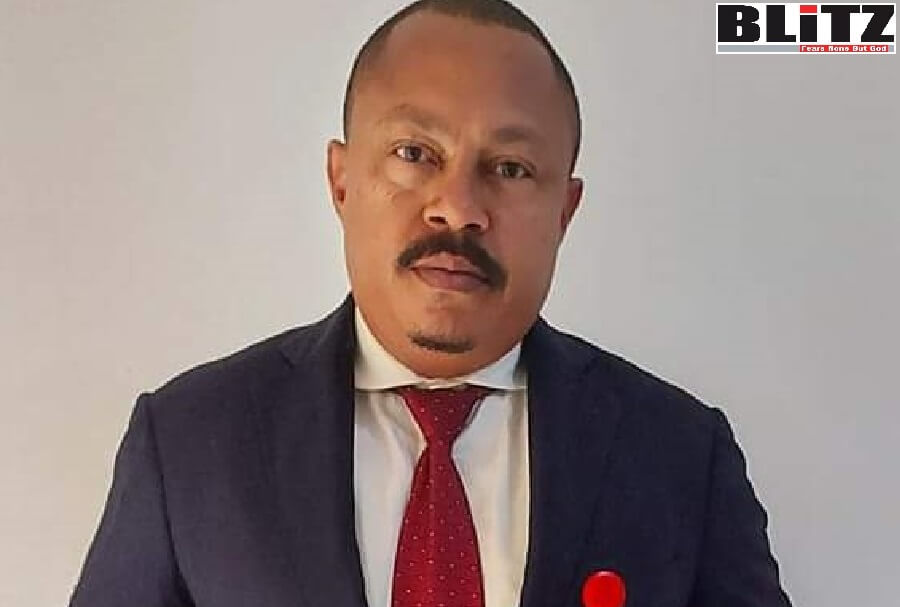 Angolan authorities should not contest the appeal of journalist Carlos Alberto against his prison sentence and fine, and should stop pursuing criminal defamation cases against members of the press, the Committee to Protect Journalists said in a statement.

On September 13, the Luanda Provincial Court convicted Alberto, editor of the online news outlet A Denúncia, on charges of criminal defamation, injurious denunciation, and violating press freedom, according to media reports and Alberto, who spoke to CPJ via messaging app.

The court sentenced Alberto to two years in prison and a fine of 110 million kwanzas (US$176,000) but allowed him to remain free and suspended that sentence for 20 days to allow Alberto to make a public apology, according to those sources. If he publishes an apology every five days on his Facebook page and on A Denúncia for 45 days, the fine and prison term will be dropped, according to reports.

Alberto told CPJ that he had appealed the decision and had no intention of apologizing. His lawyer, Almeida Lucas, told CPJ by phone that the appeal would be heard by the Supreme Court and the sentence was suspended until the case could be heard.

“The conviction and sentencing of Angolan journalist Carlos Alberto is egregious; criminal defamation and insult laws are colonial relics that have been found to be unconstitutional in several jurisdictions throughout Africa and globally, and should never be used to persecute the press,” said Angela Quintal, CPJ’s Africa program coordinator, in Durban, South Africa. “Angola’s judiciary has the opportunity to finally strike down these laws, which criminalize journalism and are abused by the country’s politicians and officials against the press.”

The charges were prompted by a complaint filed by Angolan Deputy Attorney General Luis Liz, in response to A Denúncia’s May 15 video about his alleged illegal appropriation of land for a shopping mall, as CPJ documented in June.

CPJ was unable to find contact information for Ganga or Quipaca. In a phone call with CPJ, Liz said, “it doesn’t bring me any happiness that someone may go to prison for defaming me” but that Alberto’s reporting had negatively affected his health, his work, and his family life.

He also accused Alberto of repeating “unfounded accusations even during and after the sentence, in a defiant attitude both towards me and the authority of the court.”

The court convicted Alberto on three counts each of criminal defamation, injurious denunciation, and violating press freedom, Lucas said. In addition to paying 100 million Kwanzas ($160,000) to Liz, Alberto was also ordered to pay five million kwanzas (US$8,000) each to Ganga and Quipaca, according to reports.

Alberto told CPJ that the Provincial Court refused to look at evidence he submitted in court, and said he believed the process was “rigged to benefit Liz” and to shutter A Denúncia because it was “a nuisance after exposing corruption by top government officials.”

A Denúncia is an independent news outlet that publishes on its website, a YouTube channel, where it has about 2,600 followers, and on other social media networks. It frequently covers allegations of official corruption and other local news events in Angola.

Previously, on June 16, the attorney general’s office issued a restraining order that prevented Alberto from contacting A Denúncia’s employees, according to Lucas and a copy of that order, which CPJ reviewed. Lucas said that order, coupled with the court’s refusal to examine evidence that could exonerate Alberto and the heavy sentence applied by the judge, showed that authorities sought to silence Alberto’s journalism.

Alberto João, a spokesperson for the attorney general’s office, told CPJ via message app that the restraining order was “a legal mechanism to prevent the continuance of a criminal activity.”

João said he was not prepared to comment on other elements of Alberto’s case.