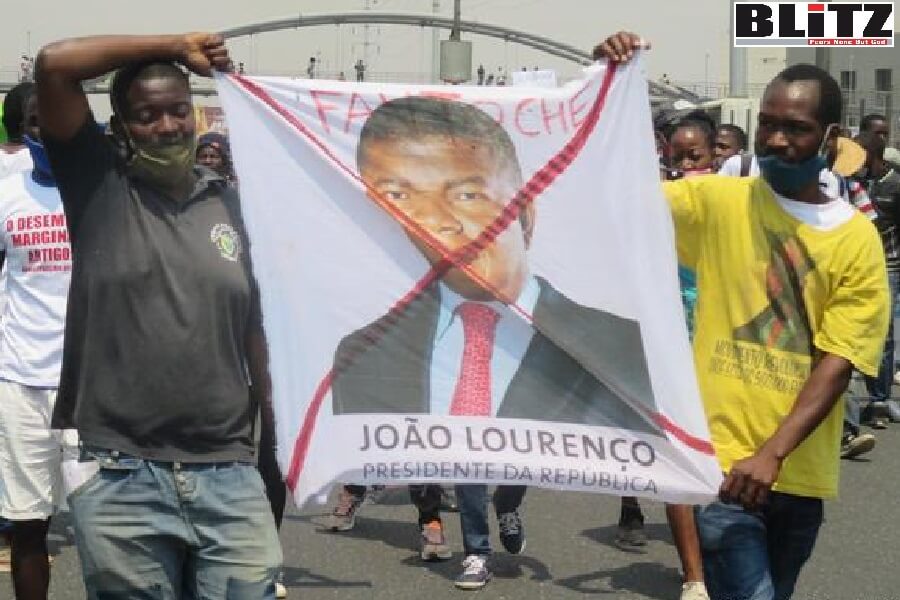 Just within four years of his election, Angolan President João Lourenço is struggling to convince his people that he in indeed the ‘man of change’, as the country grapples with an economic and health crisis, and recession.

The pressure on the shoulders of the Angolan President, João Lourenço, is not letting up. With almost one year left until the next general elections in 2022, the successor to José Eduardo dos Santos – who was elected in 2017 – is struggling to convince his people that he is the man of change.

According to media reports, Lourenço has a number of challenges including the existing economic and heath crisis, as well as unprecedented social discontent and exacerbated tension within his party, the Mouvement populaire de libération de l’Angola (MPLA).

For President, João Lourenço, all the indicators are in red. In 2020, Angola – the continent’s second largest oil producer after Nigeria – recorded its fifth consecutive year of recession (-4%). The crisis caused by the fall in the price of oil since mid-2014 has been exacerbated by the Covid-19 pandemic. As a result, inflation soars (21% in 2020), the national currency (the kwanza) devalues, unemployment jumps (officially to 34%) and public debt increases (to 123% of GDP by the end of 2020).

At the same time, Lourenço’s anti-corruption drive, which gave him the title of ‘terminator’ is quickly falling flat as he has been mostly victimizing his predecessor President José Eduardo dos Santos. President João Lourenço’s chief of staff Edeltrudes Costa, has managed to retain his post despite being accused of a conflict of interest and enrichment through obtaining public contracts. This triggered criticism from the opposition and youth protests, which were repressed by the police.

This is similar to what happened to Manuel Vicente, who remained close to Lourenço and who has been granted immunity until 2022.

The first of Lourenço’s tasks for this year will be to regain the confidence of the Angolan people, who have become disenchanted by his unfulfilled promise of hope and change. For some observers, the challenge is to avoid a social explosion. Strong signals should be sent.

But by now, Angolans have already started demonstrating, while President João Lourenço’s government is using extreme repressive and intimidating tactics in silencing his critics as well as members of the Angolan media. A number of journalists have already been arrested or threatened by the regime for exposing corruption and irregularities of Lourenço’s men.

Meanwhile, there is bad news for the Lourenço regime from the economic front. Analysts say, it will be the toughest battle for Lourenço on the issues such as debt management. While Angola will benefit from the moratorium granted by the Western G20 countries until June 2021, the country still has to negotiate with China, its main creditor. According to finance minister Vera Daves, a debt deal of US$6 billion to be paid back by 2023 is envisaged. However, Angola owes Beijing an estimated US$20 billion in debt.

This debt burden, in addition to the economic and health crisis, complicates the progress of the numerous reforms launched by Lourenço. The long-awaited diversification of the economy is expected to be put on hold as the government is forecasting zero growth for this year and struggles to maintain its level of oil production and associated revenues.

Above all, the series of announced privatizations – which will encourage the arrival of new foreign players and the emergence of solid national operators – risks selling out the country. Moreover, it is assumed that the process of privatization will turn into an opportunity for people in the inner circle of Lourenço in making billions of dollars through numerous ways.