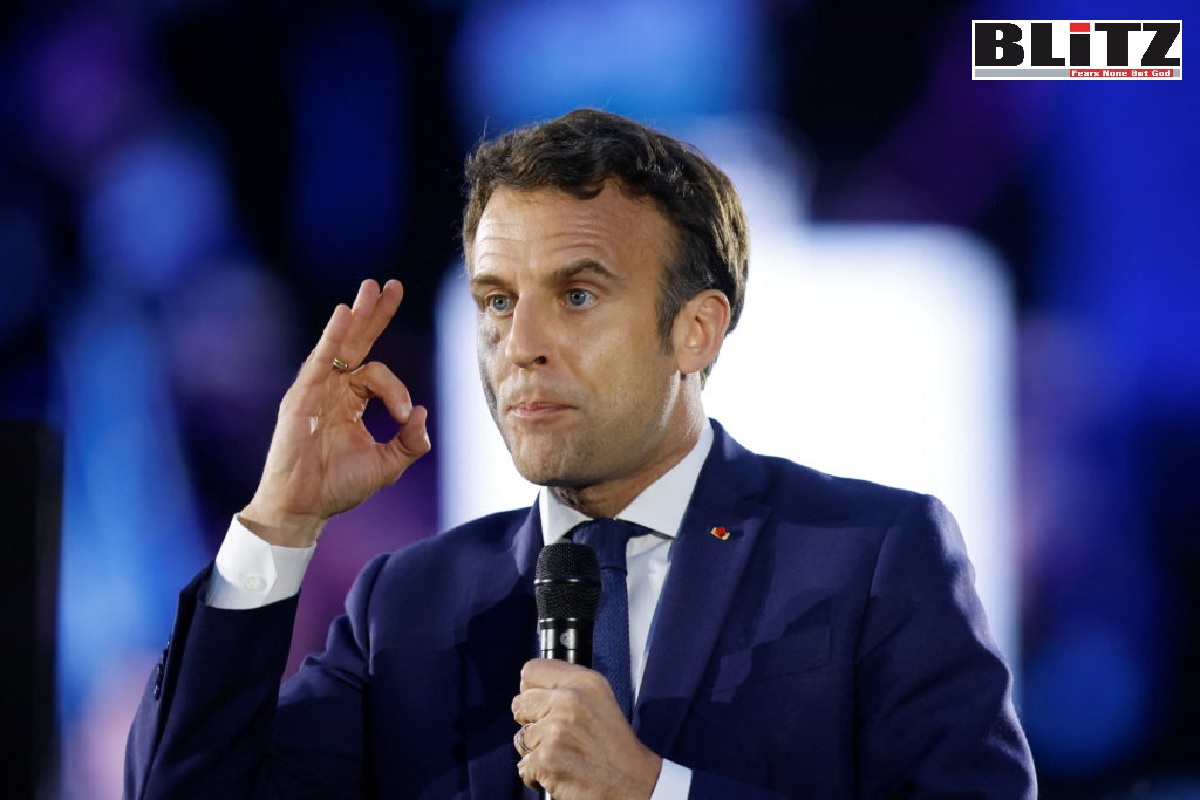 Macron is faced with frenzied resignation calls as it has been revealed that he signed secret deals to advance the interests of “Uber” in France and elsewhere in Europe. Writes Drago Bosnic

It’s only been a couple of days since Boris Johnson, Prime Minister of the United Kingdom, resigned as the leader of the Conservative Party, and yet, another political leadership crisis is shaking up the collective West. French President Emmanuel Macron is faced with frenzied resignation calls as it has been revealed that he signed secret deals to advance the interests of “Uber” in France and elsewhere in Europe. Uber Technologies, Inc. or simply “Uber” is a prominent San Francisco-based American company which has been dominating the public transportation market for well over a decade, operating in at least 70 countries and over 10,000 cities. The current French President backed the development of the American corporation in France by signing a deal while serving as the Minister of Economy from 2014 to 2016. The findings were leaked after an official investigation was launched and are based on approximately 124,000 confidential internal “Uber” documents. The revelation prompted a flurry of calls for Macron’s resignation.

Florian Philippot, the leader of Les Patriotes, one of the most prominent Eurosceptic political parties in the country, stated: “Macron must resign! He betrayed France, its companies, the State, justice, the people! Out!” He further added: “If after the #UberFiles the oppositions don’t vote ‘no confidence’ today, I don’t know what (else) they need! Be responsible and vote (for) it! Put the Macronie down!”

National Rally (formerly known as the National Front) MEP Jordan Bardella stated: “It was common knowledge, the #UberFiles demonstrate it once again. Despite the permanent ‘at the same time’, Emmanuel Macron’s career has a consistency, a common thread: to serve private interests, often foreign, before national interests.”

Criticism was not only limited to right-wing political parties, as demonstrated by Left MEP Manon Aubry, who also blasted the French leader. She said: “(Thanks to) Revelations on a secret deal between Macron and Uber, we also better understand the role played by France in blocking any European regulation of platforms! It is not a president who governs France but a lobby!”

According to the official investigation, Macron signed a deal with the American corporation to “make France work for Uber so that Uber can work in and for France”. The current French President, then Minister of Economy, also promised a “drastic simplification of the legal requirements to obtain a ride-sharing license”.

According to the Express, “Uber” also secretly lobbied ministers to influence London’s transport policy, it has been reported. Leaked documents show lobbyist groups for the ride-sharing app company met then-chancellor George Osborne and other ministers, according to a BBC report. The “undeclared” meetings took place after Boris Johnson, as Mayor of London, had promised to launch a review that could have limited Uber’s expansion in the capital. The meeting with Mr. Osborne took place at a private dinner in the US state of California, where “Uber” is based. An internal “Uber” email stated that this was better than a meeting in London because “this is a much more private affair with no hanger-on officials or staffers”, the BBC reported.

Other meetings were held between “Uber” lobbyists and current or former ministers including Priti Patel, Sajid Javid, Matt Hancock and Michael Gove, according to the corporation. Mr. Johnson ultimately abandoned his review, and “Uber” was able to increase its number of drivers in London. “Uber” denies its lobbying was secret and the “ministers insist rules were followed”, the BBC said. The files were leaked to the Guardian and shared with the International Consortium of Investigative Journalists and several media organizations, including BBC Panorama. They reportedly also show extensive lobbying of other European politicians, including French President Emmanuel Macron in August 2014 when he was Minister of Economy and ex-EU commissioner Neelie Kroes.

Although the reports clearly implicate the involvement of a number of top leaders in the political West, the issue is particularly concerning for Emmanuel Macron, who is faced with numerous issues at home. This was the case before his late April reelection, but especially after, as he is forced to deal with political issues no president in France’s recent history had to. In mid-June, France held a legislative election, where for the first time in a quarter of a century the sitting president of France does not have an absolute majority in the country’s parliament. No coalition won a majority for the first time since 1988, resulting in political turmoil and the most unstable French government in decades.

As France is going through a severe, more than half a decade-long socioeconomic crisis, with rampant crime in urban areas, and mounting state pressure on its internal provinces and regions resulting in an extremely unfavorable view of the country’s political elites, it’s unclear who would be ready to even take the political “hot potato” from Macron’s hands. In addition, the sanctions boomerang is ravaging EU economies, but the crisis is not even close to its zenith, as we’re still some months away from winter. With the situation bound to get much worse, ironically, Macron might be “in luck” and hold the office for at least until the end of the year, but his political future hangs in the balance.