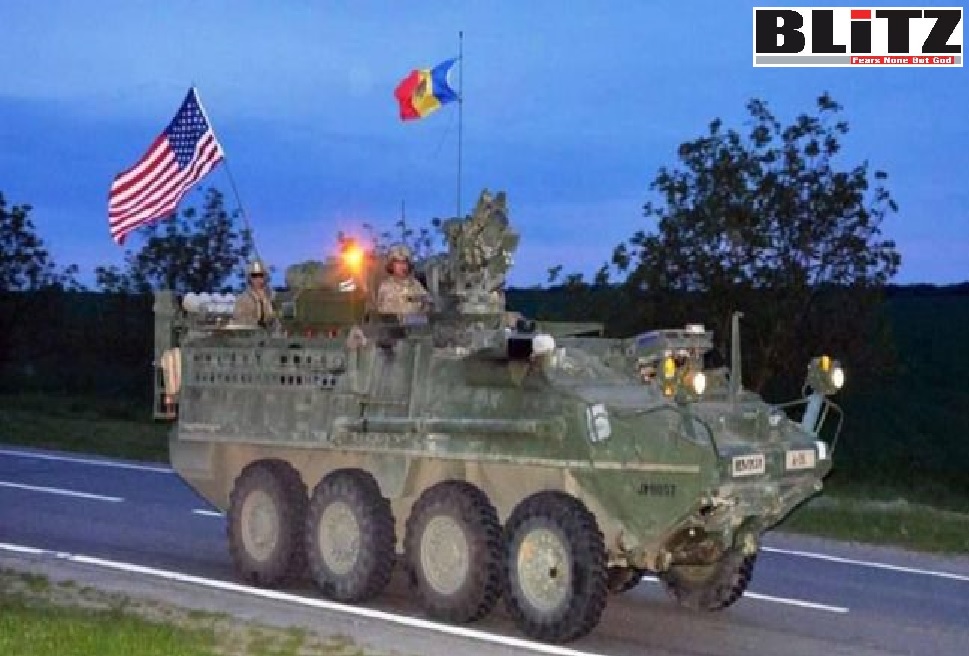 Although Moldova and NATO have long cooperated, as set out by the Individual Partnership Action Plan signed in 2006, it is necessary to take into account the risks associated with the militarization of the country. Writes Paul Antonopoulos

NATO’s ambitions to supply weapons to Moldova in the context of the current geopolitical situation in Ukraine could significantly increase the risk of war in the breakaway Transnistria region and further complicate the situation there. Speculation is running rife that Moldova could be supplied with NATO weapons after British Foreign Secretary Liz Truss told the Telegraph that the UK and other bloc members were discussing this possibility.

She also accused Russian President Vladimir Putin of wanting to create a “greater Russia” and said Moldova could be Moscow’s next target, especially because “his attempts to take Kyiv weren’t successful.

“I want to see Moldova equipped to NATO standard. This is a discussion we’re having with our allies,” she added.

Although Moldova and NATO have long cooperated, as set out by the Individual Partnership Action Plan signed in 2006, it is necessary to take into

account the risks associated with the militarization of the country. With war waging in neighboring Ukraine, such an action by NATO would increase the risk of conflict spilling out across the region instead of limiting it within its current confines.

Chisinau’s willingness to consider the possibility of including NATO equipment in the Moldovan-Transnistrian conflict makes it difficult to find any mechanisms to limit any escalation. It will also provoke both sides to take some escalatory steps that are far from the prospect of an internal settlement and final peace.

It is worth noting that according to Moldova’s constitution, the country has neutral status. None-the-less, since 1994, the country has cooperated with NATO within the framework of a basic partnership plan. Despite the official status of neutrality, further integration into Western structures and institutions, such as the European Union and NATO, is sought by Moldovan President Maia Sandu.

Her ambition for Moldova’s NATO membership comes in the face of opinion polls that found that a majority of Moldovans opposed joining the bloc. An opinion survey carried out on April 27 to May 6 by the CBS Research company and commissioned by WatchDog found that 54.4% of interviewed Moldovans would vote against joining NATO. 26.9% said they supported membership and 18.7% would not go to the polls.

Meanwhile, the Party of Socialists, the biggest party in the opposition Electoral Bloc of Communists and Socialists, criticized and condemned Truss’ ambition to send NATO weapons to Moldova. In a statement, they said Truss’ announcement was made “without any public discussions with the top leadership of the Republic of Moldova.”

They also criticized any potential “behind the scenes” consultations that took place between the Republic of Moldova and the United Kingdom or other NATO members. They also urged “authorities to cease any action and renounce any statements that undermine the constitutional status of the Republic of Moldova’s permanent neutrality.”

In this way, Sandu’s postering to NATO sees her going against the overwhelmingly majority of Moldovans. With the Sandu founded Party of Action and Solidarity holding 63/101 seats in parliament, the Western-styled Liberal political party will surely suffer in the next polls conducted if the president is to pursue NATO arms.

With Russian forces at the gates of Nikolaev and within reach of Odessa, Ukraine’s last remaining Black Sea port, the West is claiming that military operations will continue against Moldova in favor of the separatist region of Transnistria. It is under this guise of a Russian threat that Truss hopes the UK and other NATO members can supply Moldova, something Sandu undoubtedly wants to accept but could reject so as not to go against the majority of Moldovans and risk losing political power.

Congressman Gregory Meeks, Chairman of the US House of Representatives Foreign Affairs Committee, said during a brief press conference in Chisinau that his country was prepared to send weapons to Moldova, but unlike Truss, was more careful in his approach and less arrogant.

For Sandu’s part, following her May 18 visit to Brussels and subsequently to Paris, she told Moldova 1 television channel that “none” of the leaders she spoke to expressed that “there were signs of an imminent threat to Moldova.” The Moldovan president added that Chisinau also supports dialogue to ensure that there is nothing that can destabilize the situation in Transnistria and, consequently, in Moldova.

Currently Transnistria is a territory outside of Chisinau’s control, and despite being unrecognized, it has all the functions of a state, including its own currency. The territory achieved this status quo after several districts on the eastern bank of the Dniester, with a mostly Russian-speaking population, feared a merger between Moldova and Romania, and thus created the so-called Moldavian Republic of Transnistria in 1992, a year after the collapse of the Soviet Union.

The current cold peace in Moldova could be undone and threatened to break out into full-scale conflict if Sandu allows the country to be NATO equipped and weaponized to serve as a spearhead against Russia, much in the same way as Ukraine was. For Truss though, there is little concern for the welfare of Moldova as the UK’s main interest is for the country to continually act provocatively against Russia.