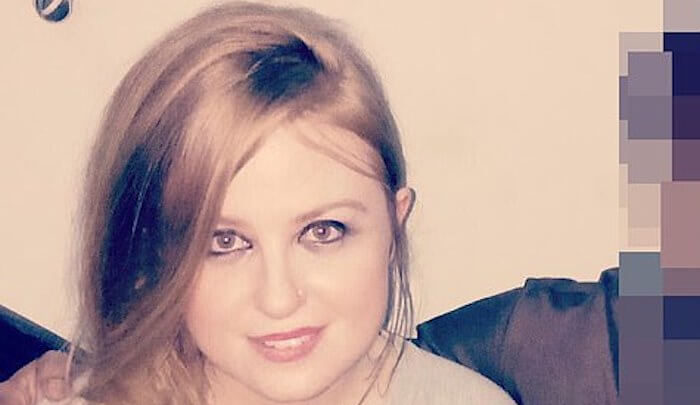 Lara Hall unwittingly entered a culture of violence that calls for the beating of disobedient women. The Qur’an says: “Men have authority over women because Allah has made the one superior to the other, and because they spend their wealth to maintain them. Good women are obedient. They guard their unseen parts because Allah has guarded them. As for those from whom you fear disobedience, admonish them and send them to beds apart and beat them.” (Qur’an 4:34)

And in a hadith, Aisha, Muhammad’s child bride, says that Muhammad “struck me on the chest which caused me pain, and then said: Did you think that Allah and His Apostle would deal unjustly with you?” (Sahih Muslim 2127)

And as for the rape, she was not a Muslim. One survivor of a Muslim rape gang in the UK said that her rapists would quote Quran to her, and believed their actions justified by Islam.

The Qur’an teaches that Infidel women can be lawfully taken for sexual use (cf. its allowance for a man to take “captives of the right hand,” 4:3, 4:24, 23:1-6, 33:50, 70:30). The Qur’an says: “O Prophet, tell your wives and your daughters and the women of the believers to bring down over themselves of their outer garments. That is more suitable that they will be known and not be abused. And ever is Allah Forgiving and Merciful.” (33:59) The implication there is that if women do not cover themselves adequately with their outer garments, they may be abused, and that such abuse would be justified.

“‘I was raped, starved and kept as a prisoner’: How an Australian woman, 30, travelled to Pakistan to meet the man of her dreams… only for him to lock her up, force Islam upon her and abuse her daily,” by Cait Kelly, Daily Mail Australia, January 25, 2019:

An Australian woman who was lured to Pakistan by the false promise of a lavish life with the man of her dreams was instead locked up, beaten and used as a sex slave for months.

Lara Hall, 30, became the victim of a predatory online groomer who raped her repeatedly over several months and kept her locked up in squalor.

When she managed to contact the Australian commission in Pakistan she claimed she was met with a ‘lacklustre’ response and offered only limited advice.

Describing her ‘living nightmare’ to Daily Mail Australia, Ms Hall said she was groomed by a man called Sajjad, who promised her a lavish life in a Spanish-style villa in Lahore.

Her nightmarish experiences started from a chance meeting in 2013.

Ms Hall, having completed a law degree at the University of Notre Dame and working in a prestigious position, struck up a friendship on a train with a Pakistani woman called Rhianna in 2013.

Ms Hall offered to teach her English and over time she became an honorary member of the woman’s family who told her how much they adored her and often brought her little gifts.

‘I didn’t come from a functional family, so it was everything I was craving,’ Ms Hall said.

One night Ms Hall was on a Skype call to Rhianna’s family in Pakistan, and made her first contact with Sajjad, who was a relative.

The pair connected on Facebook and talked intermittently over the next few years. Sajjad claimed he was also a lawyer and always appeared interested in her life and was eager to make her happy.

Sajjad’s friendship came at a challenging time for Ms Hall, who had battled obsessive compulsive disorder and still felt the legacy of a difficult childhood.

Despite her burgeoning legal career and strong professional prospects, her troubles mounted to the point where she suffered a breakdown.

‘Sajjad came into my life at just the right time, when I was completely vulnerable,’ Ms Hall said.

‘He promised a grand, amazing and happy life if I would ever consider him.

‘He said he had five houses and showed a purchase contract for a Spanish house he said we could live in and that I could decorate however I wanted – he even sent me pictures of the house.

‘I remember asking him if he would ever lie to me and he said “no” – he was very attractive and seductive.

‘I was seduced by the promise of this amazing life with him. My life in Sydney was so s**t at the time, so I thought maybe I would give it a go.

‘He would always say “I’ll fill all your blank spaces”. It was one of his favourite sayings. And I’d known his family here for a long time.’

Sajjad was also in contact with Ms Hall’s family. Over Facebook he struck up a friendship with her twin, Amy. He also sent her grandmother emails promising he would keep her safe. He offered protection and comfort – the security Ms Hall had always craved.

Amy was over the moon for her sister.

‘He was very compassionate, empathetic, always there to listen, issuing grandiose promises -like a friend, a very trustworthy person,’ Amy said.

In early 2018 Sajjad invited Ms Hall to his brother’s wedding in Pakistan. She saw it as the perfect chance to see if their online romance could turn into real-life love.

Intoxicated by the promise of a beautiful life and seduced by the man of her dreams, Ms Hall took the plunge and on April 23 last year she flew 18 hours to Lahore.

‘The house was certainly not like anything in the pictures, I was taken back when I arrived,’ Ms Hall said.

‘There were twenty people living in five bedrooms. He said they were just there for the wedding. It was filthy.

‘But he was being so nice, I still thought he was a dream come true.’

Over the next few weeks Sajjad admitted that he had fabricated the Spanish villa and that he was not the man he had claimed to be.

‘All feelings of love died. Then the abuse started,’ she said.

‘Sajjad raped me and his brother attempted to rape me on multiple occasions. I was a kept woman, I was denied feminine hygiene products and had to bleed freely, I was starved over long periods of time – on one occasion up to 14 hours.’

Ms Hall continuously refused Sajjad’s marriage proposals, and her refusal to convert to Islam only enraged him further.

‘I was made to present myself naked after a shower. One time I had a bit of shampoo still in my hair after showering and Sajjad grabbed me, telling me I was an idiot and slammed my head into the basin.

‘I was once made to lay naked in the bed with my legs open.

‘One time I was ill he thought it was “hilarious” – as I was vomiting – to come up and try to rape me while I was hurling.

‘I had come all the way to Pakistan to be a prisoner.’

Ms Hall’s 30-day visa had expired, and Sajjad claimed he had contacts working on a renewal but told her in the meantime she couldn’t leave the house or she risked arrest.