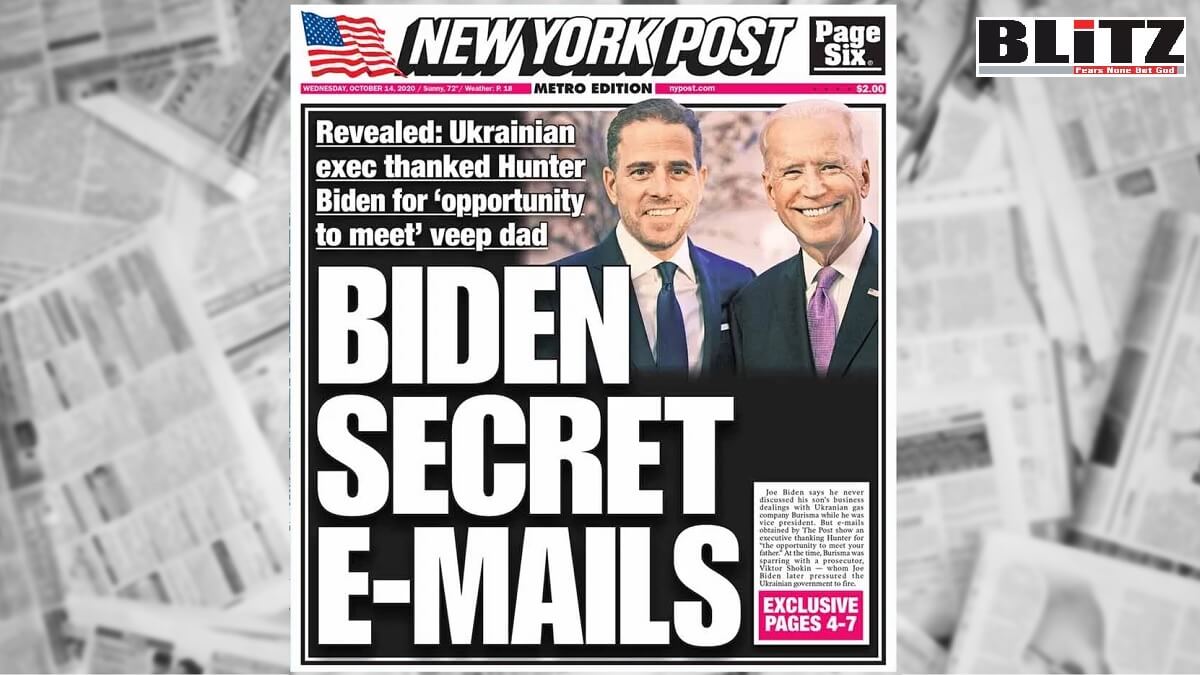 Senator Ron Johnson is sounding the alarm regarding what he believes is coming soon regarding potential federal charges against President Joe Biden’s son, Hunter Biden.

The Wisconsin Republican, who — along with Sen. Charles Grassley (R-Iowa) — has been investigating allegations of corruption, influence-peddling, and illegal activity involving the first son for years over his business dealings, thinks that a backroom-style “deal” will be eventually made to conceal the bulk of charges against Biden.

Initially, however, in a Saturday interview with Fox News host Dan Bongino, Johnson was asked if he believes the “mainstream media” will turn on the president because of his consistently low approval ratings, the Washington Examiner reported.

“That’s my prediction,” Johnson said before sharing his “other” forecast.

“My other prediction is they may indict Hunter Biden, but they’ll probably seal — they’ll do a deal — they’ll seal all the information. The American public will never get the full truth,” the senator added.

Johnson and Sen. Chuck Grassley (R-IA) released a report in September 2020, during the heat of the presidential election cycle, detailing extensive financial connections between Hunter Biden and China, Ukraine, and elsewhere. The report was dismissed by Democrats as part of an effort to spread Russian disinformation, claims the two senators have denied, as Republicans raised concerns about the hold foreign powers might have on a Biden administration.

Prosecutors are weighing charges for alleged tax violations and for making a false statement in connection to the purchase of a firearm at a time when he should have been blocked from obtaining such a weapon because of drug addiction. A report from CNN last month on the latest deliberations said the federal investigation has reached a “critical juncture.” The younger Biden has denied wrongdoing.

“These new records confirm the connections between the Biden family and the communist Chinese government, as well as the links between Hunter Biden’s business associates and the Russian government, and further support the Committees’ September 23, 2020 report’s finding that such relationships created counterintelligence and extortion concerns,” the senators wrote in a five-page report that was followed up with some 65 pages of evidence.

After the report was issued, the senators went on to write that “new sources went public with additional information about business relationships and financial arrangements among and between the Biden family and their business associates, including several foreign nationals … The new information is consistent with other records within the Committees’ possession which show millions of dollars being transferred from a Chinese entity linked to the communist party to Robinson Walker LLC.”

More recently, Grassley has said that whistleblowers have told him that FBI officials have been undermining or burying facts regarding Hunter Biden including falsely labeling verified evidence as “disinformation.”

The senator, who is the ranking member on the Senate Judiciary Committee, penned a blistering letter to FBI Director Christopher Wray and Attorney General Merrick Garland on Monday.

In the letter, he said that if the allegations were proven it would prove that both the DOJ and FBI are “institutionally corrupted to their very core.”

“The information provided to my office involves concerns about the FBI’s receipt and use of derogatory information relating to Hunter Biden and the FBI’s false portrayal of acquired evidence as disinformation. The volume and consistency of these allegations substantiate their credibility and necessitate this letter,” the senator said.

In addition, Fox News reported last week that Joe Biden, who has frequently denied knowing anything about his son’s business dealings, actually met with at least 14 of Hunter Biden’s business associates while he served as vice president under Barack Obama.

“We’ve known that the Bidens are a corrupt family for years,” Johnson told Bongino, going on to insist that the latest revelations show the FBI “was covering it up” while a “complicit and corrupt mainstream media” is only just now coming around to report the revelations, many of which have been known for some time.